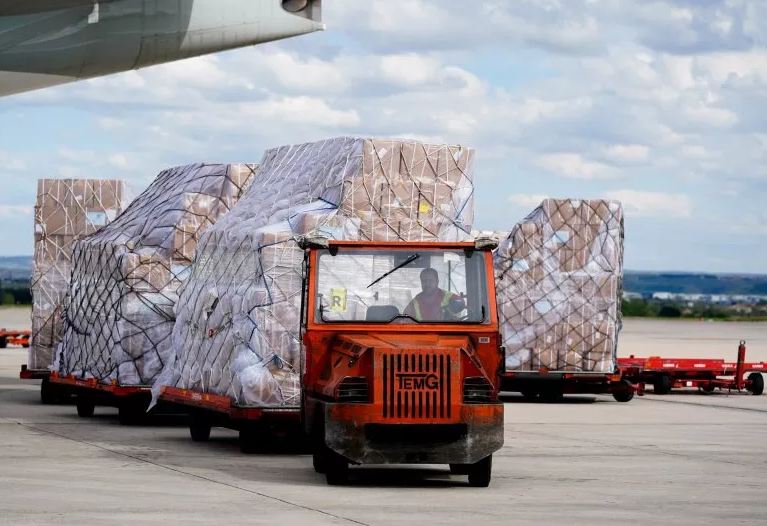 While Europe and North America battle to turn the tide of the COVID-19 coronavirus pandemic, the virus is also taking hold in the developing world where governments are far less able to fight back.

No country can face the pandemic alone. Even the U.S. is receiving tons of equipment from Russia and China—adversaries in any normal circumstances. But the overriding tone of the COVID-19 coronavirus pandemic so far has been a nationalistic one, the prioritization of each nation’s need regardless of those elsewhere.

Some world leaders are inevitably politicizing the crisis, seeking to avoid blame for rising deaths and attacking their adversaries for their response. The pandemic is an opportunity as well as a crisis, and the global fallout offers powerful nations a chance to expand their influence.

Rather than with military bases, aircraft carriers and weapons contracts, this battle for influence will be fought with humanitarian aid, doctors and medical technology.

Nowhere is such assistance needed more than in the so-called “global south”—poorer nations with weaker states and less developed medical infrastructure. In normal crises, these nations would be heavily dependent on foreign aid, but the nations that would usually give the most are fighting their own battles.

The picture for the world’s poorest nations is grim. The keys to defeating coronavirus appear to be social distancing, widespread testing, expanding intensive care unit capacity and increasing the supply of ventilators and protective equipment.

But all of these things are privileges of the wealthy. Workers living hand to mouth cannot afford to stay at home, and poor states with weak institutions cannot afford to pay them to. Some leaders will not even want to—Brazilian President Jair Bolsonaro is the most obvious example of a leader who has repeatedly dismissed the severity of the virus, undermining public health outreach efforts.

Meanwhile, the cost of key medical equipment worldwide is rising as demand balloons, leaving little to bolster already weak healthcare systems. Some countries, particularly in Africa, have been proactive in introducing lockdown measures, but if the virus does take hold it will meet little resistance.

The U.S. has been slow to react, and now looks set to record the most cases and deaths from COVID-19—at least in the first wave and if China’s figures are to be believed. Trump—the self-declared “wartime president”—has been unable to formulate a coherent federal response, let alone make meaningful plans to help other nations.

Notoriously transactional in his foreign policy, Trump’s track record in international relations, disaster relief and his conduct thus far in the coronavirus crisis do not promise adequate help for poorer nations abroad. Even his Democratic critics have called for restrictions on medical exports.

With the exception of banking and science, Daalder suggested that the “U.S. is absent” in global leadership. French President Emmanuel Macron, not Trump, was the leader to push for the emergency G7 meeting. The United Nations Security Council has been largely inactive, and last month’s G20 meeting ended with little of note on coronavirus.

Daalder said there is “a predisposition” within the Trump administration to back away from international cooperation. This is exacerbated by the fact that the domestic crisis is so pressing that multilateral collaboration and foreign aid “take a secondary if not tertiary seat.”

Daalder said that even before COVID-19, there was a global trend of “increased nationalism and decreased globalization,” and certainly decreased willingness to collaborate to tackle global problems. “COVID-19 just reinforces all of that,” Daalder explained.