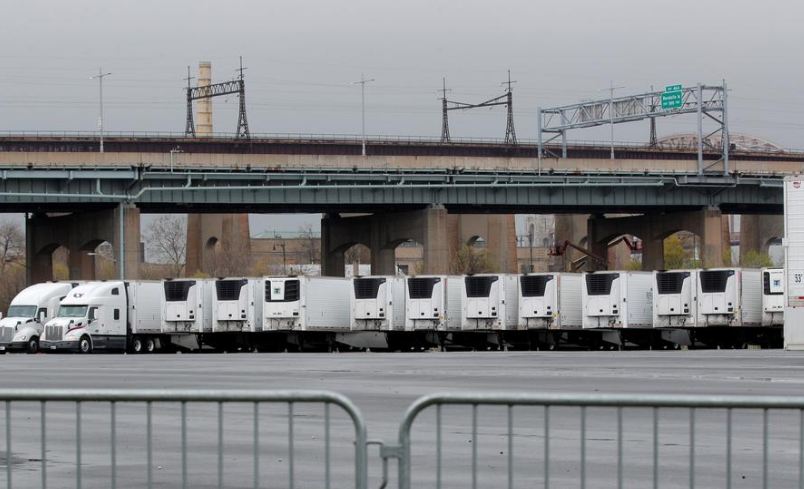 NEW YORK (Reuters) – Americans must resist the impulse to ease social-separation measures at the first glimpse of progress now being seen in the coronavirus battle, state government and public health leaders warned on Thursday, as the U.S. death toll surpassed 16,500

Calls for heightened vigilance, countering talk from the Trump administration of reopening the economy next month, came as new evidence emerged that stay-at-home restrictions were working to flatten the arc of infections in New York state, the U.S. epicenter of the pandemic.

The number of newly hospitalized patients in New York dropped for a second day, to 200. Governor Andrew Cuomo said it was a sign that social distancing was succeeding, even though the number of coronavirus-related deaths in the state rose by 799 on Wednesday, a record high for a third day.

“You can’t relax. The flattening of the curve last night happened because of what we did yesterday,” Cuomo said, referring to the slope of data when plotted on a graph.

The apparent progress in efforts to slow the spread of the highly contagious virus were also reflected in fresh computer models scaling back the projected nationwide death toll to 60,000, down from earlier forecasts of at least 100,000.

New York state has now recorded more than 7,000 deaths from COVID-19, the respiratory disease caused by the virus.

Perhaps nowhere was the grim calculus of the pandemic more evident than on Hart Island, a potter’s field at the western end of Long Island Sound, where contract laborers have been burying two dozen bodies of COVID-19 victims a day in pine caskets lowered into freshly dug trenches.

New York state alone has accounted for nearly half the total loss of life in recent days across the United States, which leads the world in total number of known infections at more than 460,000.

In a stark reminder of the singular peril posed for prisons and other institutions where large numbers of people are confined in close quarters, Chicago’s largest jail reported that about 450 of its inmates and staff have tested positive for COVID-19.

The surge of cases at the Cook County Jail marked the latest in a series of coronavirus flare-ups in lockups across the country and one of the largest known clusters of infections in a single U.S. location.

Australia says it does not want a trade war with China, as relations deteriorate