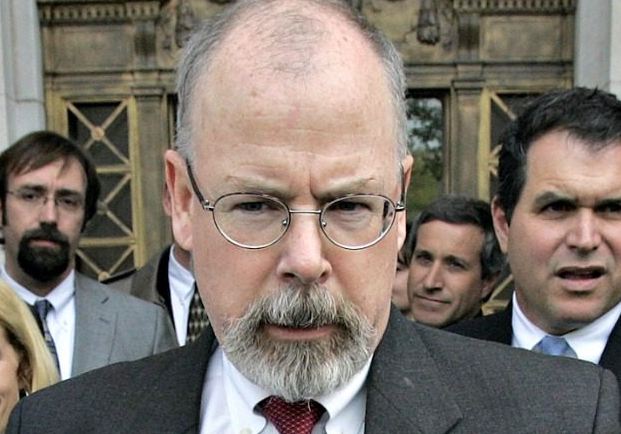 “He is looking to bring to justice people who are engaged in abuses if he can show that they were criminal violations, and that’s what the focus is on,” Barr told Fox News’s Laura Ingraham on Thursday. “He’s diligently pursuing it.”

The comments have heartened those who have long awaited consequences for current and former officials who investigated the Trump campaign on the basis of a discredited dossier put together by ex-British spy Christopher Steele that was funded by the Clinton campaign.

Barr tapped Durham last year to investigate the origins of the Obama administration’s investigation into the Trump campaign, as well as actions taken up through President Trump’s inauguration. Last fall, Durham upgraded his investigation to a criminal one.

Durham relocated from Connecticut to Washington, D.C., in March, so that he could continue work on his investigation amid the coronavirus pandemic, the Wall Street Journal reported.

Time is of the essence, with an election looming in November. Barr is reportedly looking to have the investigation finished by the end of summer.

“The closer we get to election day, the more any charges he brought would be framed by the media as kind of a Trump campaign stunt,” former U.S. Attorney Andrew McCarthy told WMAL on Saturday.

“So I really think it’s in his interest, especially after pouring two years of effort into this, to get with it by the late spring at the latest, because we all know if the president doesn’t win reelection, this investigation is going down the memory hole,” he said.

“We’re getting to the point where a decision has to be made, one way or the other,” he added.

Durham is reportedly focusing in on the role of intelligence officials in the investigation of the Trump campaign. Durham’s team reportedly began interviews at the CIA earlier this year.

Durham’s team is looking at former CIA Director John Brennan’s role in the investigation – whether he pushed for an intelligence community assessment (ICA) more damaging to Trump.

Specifically, Durham’s team is also looking into whether Brennan pushed for the ICA to include that Russia had interfered to help Trump, when not all intelligence agencies concurred with the same degree of confidence.

The CIA and the FBI had “high confidence” the interference was aimed at helping Trump, but the National Security Agency only had “moderate confidence.” Durham has already met with the former head of NSA, Ret. Admiral Mike Rogers.

Investigators are looking into whether the Steele dossier was used in the ICA, and whether former FBI Director James Comey and former FBI Deputy Director Andrew McCabe insisted on the dossier being a part of the assessment’s appendix, according to the Washington Examiner.

The team has also informally requested an interview with Steele through British authorities, who refused the request, according to the WSJ. It is not clear whether the team will now have to take a more formal and lengthier route.

Durham’s team has also contacted Sir Andrew Wood, the former British Ambassador to Russia who told the late Sen. John McCain (R-AZ) in the fall of 2016 at the Halifax Security Forum in Nova Scotia about the existence of the dossier and arranged to have it sent to his colleague, David Kramer.

Barr said although Durham’s focus is on prosecution, there will probably be a report as a byproduct of his investigation.

It is not clear what Barr knows of the investigation, but he sounded confident there was wrongdoing.

“My own view is that the evidence shows that we’re not dealing with just mistakes or sloppiness,” he said. He added: