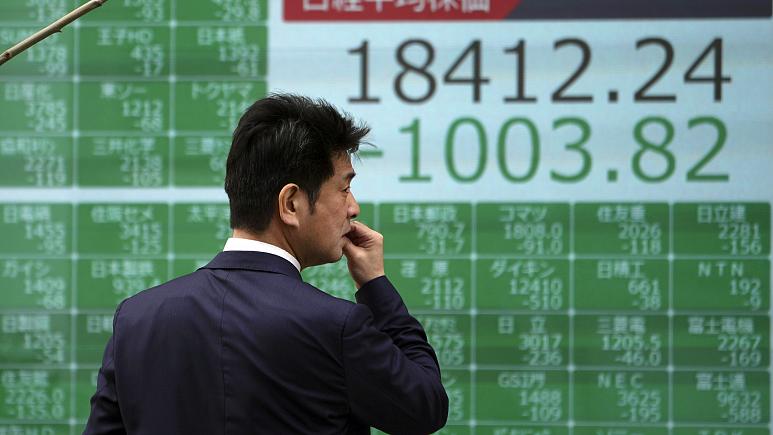 On Friday morning, stock markets across Asia opened to a freefall in numbers, with benchmarks in Japan, Thailand and India sinking as much as 10% after Wall Street suffered its biggest drop since the Black Monday crash of 1987.

Markets worldwide have retreated as fears of economic fallout from the coronavirus crisis deepen and the meltdown in the U.S., the world’s biggest economy, batters confidence around the globe.

Trading was halted temporarily in Bangkok and in Mumbai after the main benchmarks in both markets hit the 10% downside limit. After trading resumed, Thailand’s SET 100 was down 8.7% and the Sensex in Mumbai had swooned 9.4%.

Losses in mainland China, where communities are recovering from the worst of the virus, were less severe, with the Shanghai Composite index down 3%. Most other regional markets had lost between 4% to 6% by midday Friday in Asia.

Overnight, the sell-off on Wall Street helped to wipe out most of Wall Street’s big gains since President Donald Trump took office.

European markets fall 12% despite ECB measures
European markets fell 12% in one of their worst days ever, even after the European Central Bank pledged to buy more bonds and offer more help for the economy.

And the European stocks index ended the day with its biggest loss on record. The Stoxx Europe 600 index, which measures major stocks across the region, fell 11.5%, eclipsing the 8.5% drop during the 1987 stock market crash.

Investors worried about a US travel ban imposed by US President Donald Trump that covers much of Europe and could presage tougher government limits on business activity in order to clamp down on the virus outbreak.

Meanwhile, the EU has warned healthcare systems across Europe are at “high” risk of being overwhelmed by coronavirus, as the death toll in Italy surged past 1,000.

Elsewhere in the world:
Travel stocks were among the hardest hit. Norwegian Cruise Line and Royal Caribbean Cruises both lost roughly a quarter of their value. Another drop for United Airlines put its loss for the year at more than 50%.
Oil prices continued to fall, with benchmark US down to $31 per barrel.
In Asia, stocks in Thailand and the Philippines fell so fast that trading was temporarily halted. Japan’s Nikkei 225 sank 4.4% to its lowest close in four years, and South Korea’s market lost 3.9%.