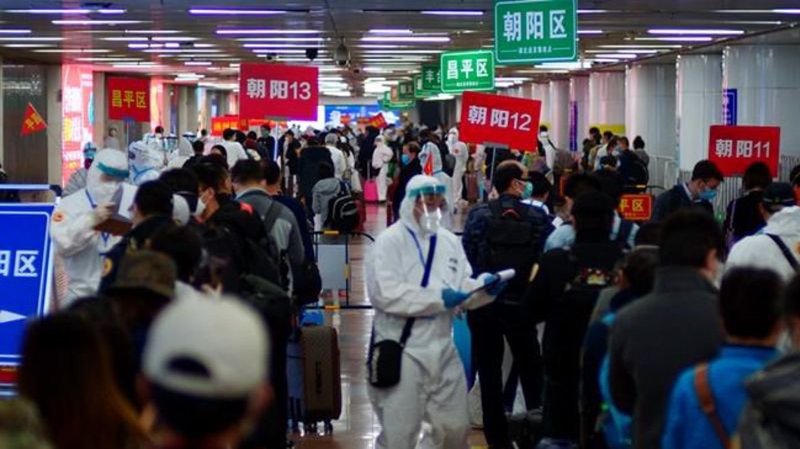 The central Chinese city of Wuhan has raised its number of COVID-19 fatalities by 1,290, with state media saying Friday the undercount had been due to the insufficient admission capabilities at overwhelmed medical facilities at the peak of the outbreak.

The official Xinhua News Agency quoted an unidentified official with Wuhan’s epidemic and prevention and control headquarters as saying that during the early stages of the outbreak, “due to the insufficiency in admission and treatment capability, a few medical institutions failed to connect with the disease prevention and control system in time, while hospitals were overloaded and medics were overwhelmed with patients.

Bret Baier: Lawmakers from both parties weighing ‘possible payback’ against China over coronavirus

“As a result, belated, missed and mistaken reporting occurred,” the official was quoted as saying.

The new figures were compiled through a comparison of data from Wuhan’s epidemic prevention and control big data system, the city funeral service system, the municipal hospital authority’s information system, and the nucleic acid test system to “remove double-counted cases and fill in missed cases,” the official was quoted as saying.

New death cases were added because non-hospitalized deaths had not been registered at the disease control information system and some confirmed cases had been reported late or not been reported at all by some medical institutions, the official said.

Questions have long swirled around the accuracy of China’s case reporting, with Wuhan in particular going several days in January without reporting new cases or deaths. That has led to accusations that Chinese officials were seeking to minimize the impact of the outbreak and wasting opportunities to bring it under control in a shorter time.