Conservative groups boost anti-quarantine protests in the US 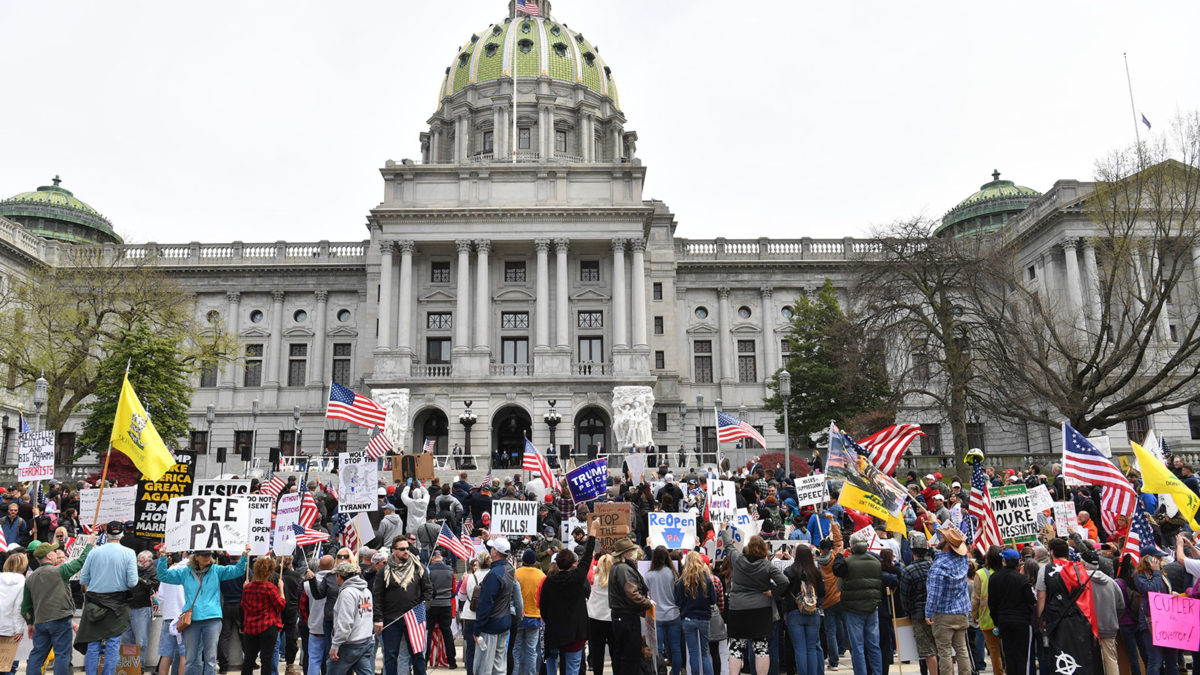 People take part in a "reopen" Pennsylvania demonstration on April 20, 2020 in Harrisburg, Pennsylvania. - Hundreds have protested in cities across America against coronavirus-related lockdowns -- with encouragement from President Donald Trump -- as resentment grows against the crippling economic cost of confinement. (Photo by Nicholas Kamm / AFP) (Photo by NICHOLAS KAMM/AFP via Getty Images)

The scene in front of the Pennsylvania statehouse Monday was anything but social distanced.

Hundreds of protesters gathered on the steps of the Capitol building in Harrisburg as police barricades blocked people from advancing closer to the doors. One green rig with the words “Jesus is my vaccine” spray-painted above its front fender drove down 3rd Street, its horn blaring in support.

The demonstrators defied Pennsylvania’s statewide stay-at-home orders, calling for a swift end to the government-imposed closures of regular business and for America to “open up.”

Similar events have taken place in state capitals across the country, including in Michigan, Texas, Maryland, and Washington, with upcoming protests in additional states.

The organizers have an ally in US President Donald Trump, who over the weekend defended the protesters as “good people” and called on citizens to “LIBERATE” their states. He has also been talking about reopening the American economy for weeks.

The gatherings represent the efforts of a patchwork of conservative groups and individuals. Much of the organizing is done within Facebook groups, including several connected to right-wing activists that have organizational footprints in Ohio, Pennsylvania, Minnesota, Iowa, Missouri and other states. At least one rally saw Confederate flags on display.

Yet as word of the anti-quarantine protests has gained traction on talk radio and in other conservative media, more mainstream conservative figures and groups have glommed on to the phenomenon, amplifying the demonstrations and lending organizational support to existing events.