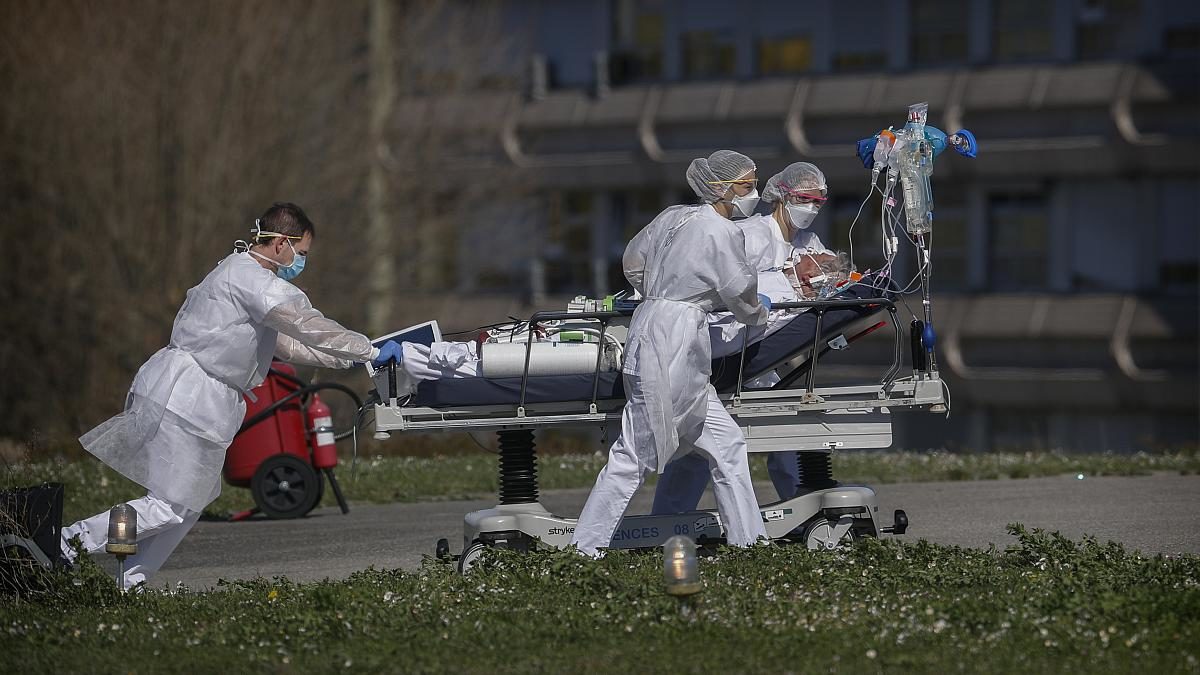 The coronavirus pandemic was accelerating as the latest figures showed more than 350,000 were infected by the virus with cases in almost every country in the world, the World Health Organization (WHO) said.

Tedros Adhanom Ghebreyesus, director-general of WHO, said countries needed to take the offensive in combating the pandemic, including testing and contact tracing.

He said countries can not win just by defending against the virus, they needed to “attack” as well.

A total of 1.5 billion people worldwide are now under lockdown as countries scramble to reduce the spread of the virus, which has now infected 381,000 people and killed over 16,500.

UK Prime Minister Boris Johnson made an announcement on Monday evening ordering residents of to stay at home, in the most sweeping restrictions Britain has ever faced in peacetime.

The measures bring the UK more into line with other European countries – including France, Italy, Spain and others – which have suffered badly from COVID-19.

Speaking live on television, Johnson said people can only leave leave home to go shopping for essential items, to exercise, to seek medical treatment, to help a vulnerable person, or to travel to and from work if working at home is not possible

The UK is also closing all non-essential shops and other public places, and gatherings of more than two people are to be banned, apart from among people from the same household.

The British government said on Monday that 335 patients had now died from coronavirus, a rise of 54 from the previous day. The number of positive cases rose by nearly 1,000 to 6,650.

On Tuesday, China announced that it would lift restrictions on traffic in Wuhan on April 8, ending the mass lockdown in the former epicentre of the virus.

Testing
WHO said that testing was key, and while commending countries for being able to test so quickly, they insisted that all suspect cases need to be tested.

Some countries, WHO said, did not have to issue confinement and population restrictions because they had effectively tested and traced cases.

“No one has been quite ready to deal with this disease,” said Ryan, when asked about further spread in Africa.

“Countries are in Africa are in no different a situation and some in a more precarious situation.”

“There is currently no treatment that has been proven to be effective against COVID-19,” Tedros said, while commending the energy put forth into clinical treatments.

“Using untested medicines without the right evidence could raise false hope,” he continued, stating that it could lead to a shortage in medicine needed for other diseases.

The situation in Europe
Meanwhile, Chancellor Angela Merkel’s spokesman said Monday that the German leader has tested negative for the new coronavirus.

Spokesman Steffen Seibert told news agency dpa “the result of today’s test is negative” but that “further tests will be conducted in the coming days.”

Merkel went into quarantine at home on Sunday evening after being informed that a doctor who had administered a vaccination to her had tested positive for the new coronavirus. She received the precautionary vaccination against pneumococcal infection on Friday.

The 65-year-old, who has led Germany since 2005, was informed about the doctor’s test shortly after holding a news conference announcing new measures to curb the spread of the virus.

Shortly before her announcement on Sunday, Merkel said that all gatherings of more than two people will be banned in Germany “for at least two weeks” to stop the spread of COVID-19.

German citizens will be asked to stand 1.5 metres apart while restaurants and hairdressing salons will be closed, she said.

Meanwhile, South Korea said it would test all Europeans entering the country for coronavirus after recording a significant decrease in new cases.

There were just 64 cases, some of which were imported from abroad, on Monday. Korea has been widely commended for its coronavirus response which involved mass testing and isolation of cases.

Italy
Italy has recorded a smaller day-to-day increase in new coronavirus cases for the second straight day, officials said Monday while cautioning it was too soon to know if the worst is behind the country with the world’s second-biggest caseload.

The number of deaths also did not rise by as much. There were just over 600 more virus-related registered in Italy on Monday compared to 651 on Sunday.

The virus has provoked a health care emergency, with Italian hospitals swamped by the sick and doctors and medical staff lacking protective equipment.

In addition to closing the markets, Philippe said people would only be able to go out near their houses and for one hour, once a day and only for essential trips such as keeping fit, buying food or going to the doctor.

Germany and Switzerland have agreed to allow French patients to be treated in hospitals close to the border in the east of France, which has seen many new cases of coronavirus.

Twelve French patients are to be welcomed in German hospitals in the southwestern state of Baden-Wuerttemberg while six others will go to hospitals in three Swiss “cantons” near the French border, the Haut-Rhin authorities in Alsace.

France has started to build field hospitals in its eastern region of Alsace, after hospitals in cities Mulhouse and Colmar were overwhelmed with coronavirus cases earlier this week.

Elsewhere in Europe
Spain announced 1,326 deaths of coronavirus including 283 new deaths on Saturday, a 32% increase from Friday.

The Czech Republic announced its first death due to COVID-19 coronavirus on Sunday, an 95-year-old man with pre-existing medical conditions. There have been 1,120 cases in the Czech Republic, including 74 hospital cases.

Elsewhere in the world
In the U.S., Congress and the White House were continuing to wrangle over a $2 trillion (€1.86 trillion) rescue package designed to mitigate the impact on the economy. Rand Paul, a Kentucky lawmaker, became the first member of the U.S. Senate to test positive for the virus.

Meanwhile, President Donald Trump said on Monday that he believed the U.S. could re-open “within weeks”, a claim that seen as unduly optimistic given the rapid spread of the virus.

Iran is also severely hit by the virus, officially reporting 21,600 cases and with 129 deaths on Sunday alone, bringing the total death toll of 1,685. Tehran has refused an offer of help from the U.S.

A first coronavirus case has been recorded in Syria, the Syrian Health minister Nizar Yaziji reported on Sunday, adding that it was a “foreign person”.

The United Arab Emirates announced its first two deaths on Friday, while Tunisia said it would go on lockdown from Sunday and Colombia on Tuesday.

The president of Botswana, Mokgweetsi Masisi, has quarantined himself after visiting Namibia, where three cases of coronavirus have been reported.

Canada announced that it was withdrawing from the 2020 Olympic Games in Tokyo unless the event was postponed for a year.

The IOC announced Monday that it would take up to four weeks to decide whether it would move the games.

In Wuhan, China, where the coronavirus first appeared, traffic was back on the streets for the first time since the outbreak. China announced that it would test arrivals to the country to avoid re-introduction of COVID-19, which has been rapidly falling in the country.

As Global Death Toll Tops 200,000, WHO Warns There’s No Evidence of Coronavirus Immunity