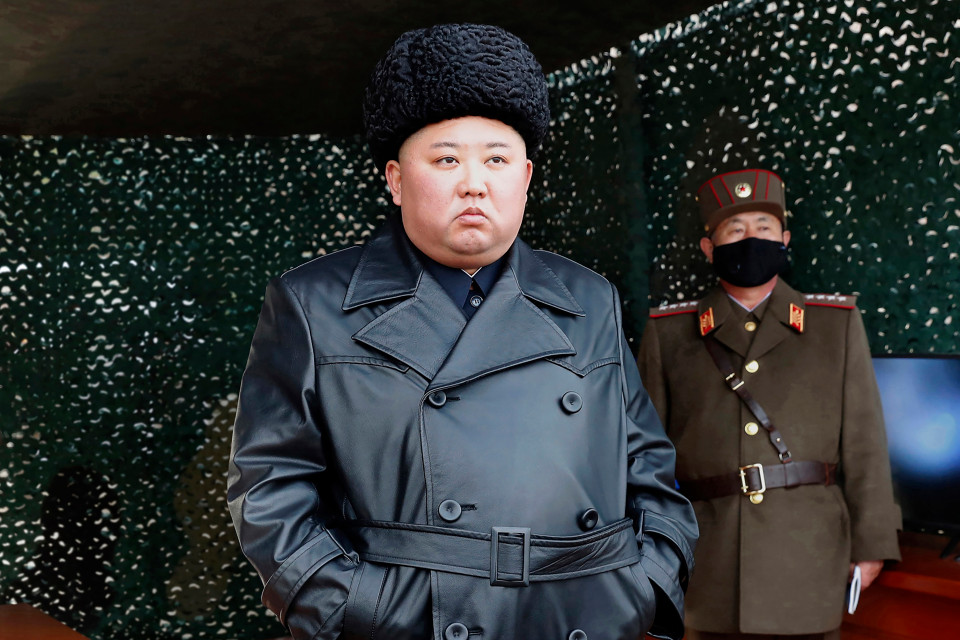 MORE than 100 North Korean smuggling ships lie anchored offshore as Kim Jong-un fears they may bring in coronavirus, it has been revealed.
Satellite photos show the huge ghost fleet sitting off the coast – as Pyongyang continues to claim it has no confirmed cases of Covid-19. 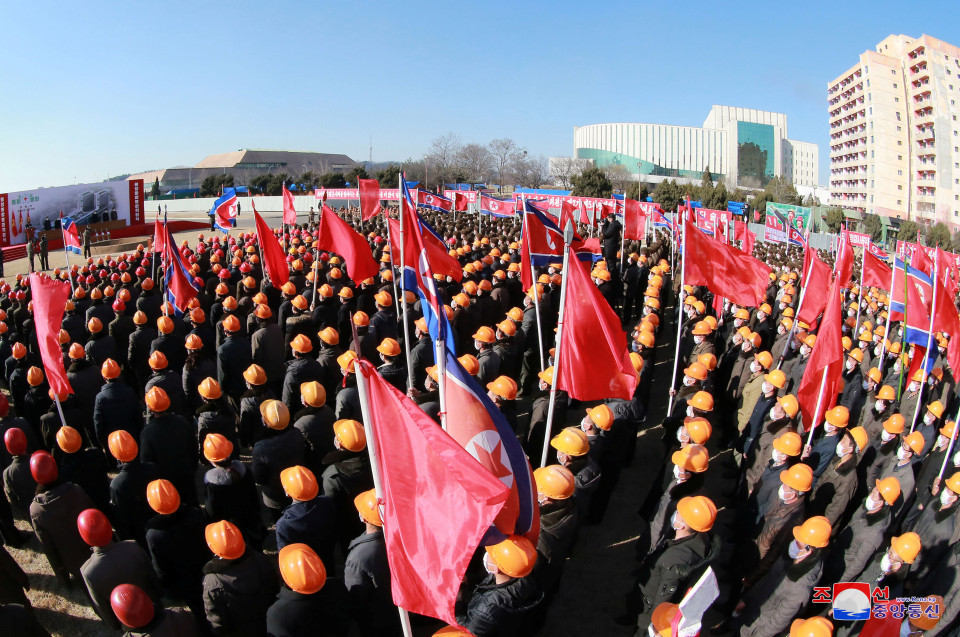 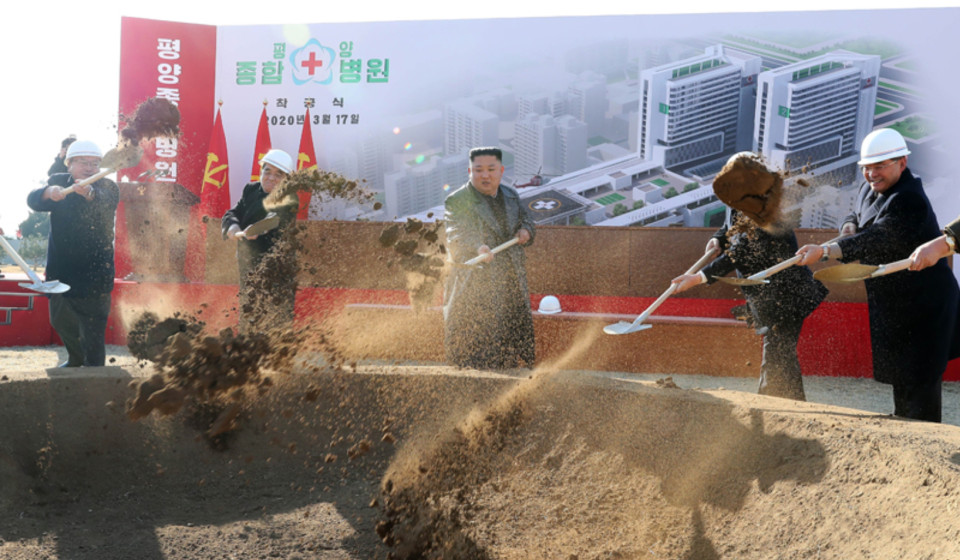 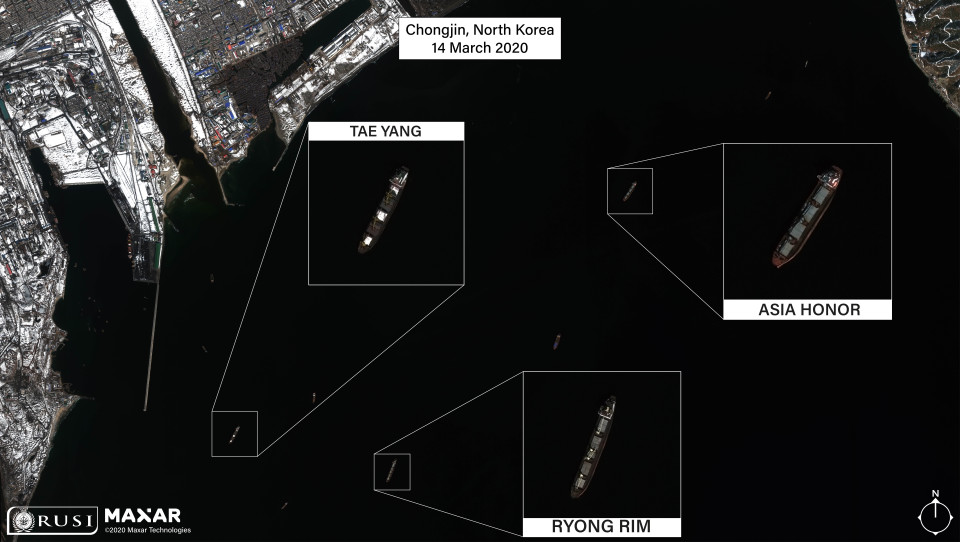 North Korea relies heavily on its fleet of cargo ships to smuggle raw materials such as coal and iron ore which are then sold abroad in breach of economic sanctions.

Aerial pictures show an “unprecedented number” of ships anchored off the coast – in particular around the ports of Nampo and Chongjin.

Experts said the new measures are likely a reaction to the global outbreak of the coronavirus.

Kim is believed to have recalled the fleet and anchored it off the coast in bid to stop the spread of Covid-19.

“Throughout late February and early March, ports such as Nampo became very busy.

“These ships were not moving and appeared to be idled for weeks – we’d never seen anything like this in North Korea before.

“I do not think there is any other feasible explanation than the fact that they – one, don’t want anyone catching the virus, and two, that they may even be quarantining sailors aboard these ships out at sea.”

Satellite photos suggest some the ships may still have their crews still on board in an enforced quarantine at sea.

North Korea imposed a mandatory 30-day quarantine on anyone entering the country back in January to try and fight the coronavirus.

Measures were also introduced at ports to try and stop the spread of coronavirus from ships, many of which were returning from China.

Mr Byrne explained: “These ships specifically load commodities like iron ore and coal and deliver them to buyers internationally.

“This is often mined by slave labour or people in North Korea for very low prices and then it’s sold abroad in US Dollars or Chinese RMB.

“North Korea needs foreign revenue, so the Kim regime is specifically reliant on the export of those goods.

He added: “It is difficult to know how long it will go on – but I suspect it will have very serious economic impacts for them.

“The same of coal and other resources such as iron ore are ultimately one of the pillars of the North Korea economy.

“They do have other methods of raising revenue, historically they have sold weapons, missiles and all sorts of things.

“But it is questionable whether or not those are moving as well with all the fleet shuttered in.”

It is feared Kim’s regime lacks even basic medicines and equipment to treat the country’s 25 million citizens – let alone tackle a pandemic.

Coronavirus could be devastating for average North Koreans who already face health problems such as malnutrition.

North Korea still claims it has zero confirmed cases of Covid-19, despite sharing a large land border with China, where the disease was first discovered late in 2019.

And the nation’s neighbour South Korea was also once one of the epicentres of the outbreak.

Almost 800,000 people have been confirmed infected worldwide, with nearly 38,000 deaths.

Mr Byrne told The Sun Online: “As with SARS they are going to take these things very seriously.

“The internal healthcare systems in Pyongyang are relatively backwards compared to other parts of the world.

“They are not hugely resourced, and it would be a massive problem for them if it spread internally – and who knows what the actual figures are? I would be skeptical there are no cases.

“One mitigating factor for them is that they are pretty good at enforcing a lockdown.”

Kim did react quickly to reports of infection – with Project Sandstone suggesting the regime knew how badly they could be impacted by an outbreak – by closing the borders to tourists on January 22.

North Korea expert Jung H. Pak, a former CIA analyst, has previously said it is “impossible” that North Korea does not have a single case of coronavirus.

He said Kim’s boasts about tackling the virus are a way of distracting from the country’s crumbling economy and shocking human rights record.

He said: “It is a closed-off nation, so we can’t say emphatically that they have cases, but we’re fairly certain they do.

“What I do know is that their armed forces had been fundamentally in a lockdown for about 30 days and only recently have they started routine training again.

“As one example, they didn’t fly an airplane for 24 days.”

Various disturbing reports have also emerged from North Korea suggesting there is an ongoing outbreak.

It was reported Kim’s state thugs brutally executed a coronavirus patient for going out in public.

The patient was reportedly arrested by officers and immediately shot as part of measures to avoid the killer outbreak spreading.

And it has also been reported that at least 180 North Korea soldiers had died of the virus as large swathes of the military are on lockdown.

The United States have also said they are “deeply concerned” about the vulnerability of North Korea to a coronavirus outbreak.

He added however that Kim has yet to request help from the South in tackling the virus.

Dr. Kee B. Park, ​from Harvard Medical School, who has worked to help improve healthcare in North Korea, suggested the reason they have no cases is because they cannot test for coronavirus.

He told the New York Times: “You can see immediately what’s going to happen if you get a surge of Covid-19 patients streaming in.

“It will overwhelm the system very quickly.”

Meanwhile, Seo Jae-pyoung, from the Association of North Korean Defectors, said it was a “blatant lie” that North Korea has no cases of Covid-19.

He said: “The last thing ​the North wants is ​a ​social chaos ​that may erupt ​when North Koreans realize that people are ​dying of an epidemic with no cure​.”

North Korea has continued to test weapons during the global pandemic, a move which was condemned by South Korea as “inappropriate”.

Tensions still remain in the region as talks on Kim giving up his nukes have stalled despite overtures between him and US President Donald Trump.

He reportedly praised the dictator for working to defend his people from the outbreak.

North Korean state media reported the letter was a sign of “special” and “very firm” relations between Trump and Kim.