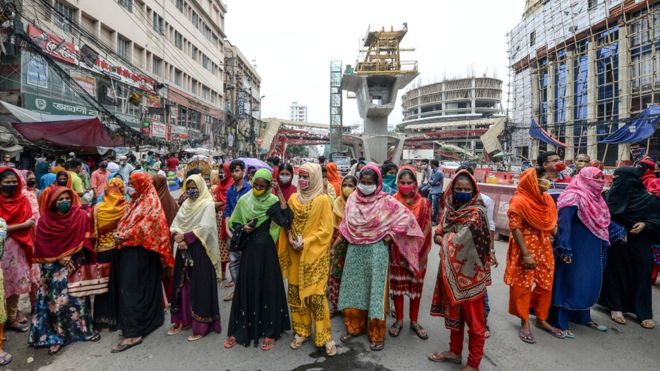 An Edinburgh businessman is trying to help thousands of Bangladeshi garment workers hit by cancelled orders during the coronavirus outbreak.

Cally Russell said the country was left with mountains of unsold clothes in factories after UK retailers pulled out of their contracts.

Now the 32-year-old is planning to sell the clothes in the UK at half price in boxes based on customer’s preferences.

The money will then go to help clothing workers who have lost their jobs.

Mr Russell, who is the CEO of online clothing retailer platform Mallzee, has created the new venture called Lost Stock.

Shoppers can buy a £35 box of clothes worth £70 after filling in a questionnaire about their size and taste in clothes.

The boxes will then be made up in Bangladesh before being shipped to the UK. The shoppers do not get to choose the items but the boxes have been tailored to each customer.

He said: “When I read on the BBC news website a factory worker saying ‘If coronavirus doesn’t kill my workers then starvation will’ instead of getting angry I thought let’s do something through the connections we have.

“After using all our connections to speak to the Bangladeshi factories we now have access to £20m worth of the clothes. 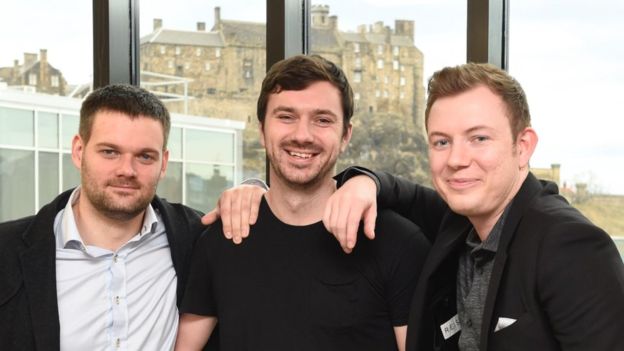 Mr Russell said the venture would stop the clothes being sent to landfill.

He said: “This is spring/summer 2020 collection stock. Retailers don’t know when their stores will be reopening again so they just cancelled their orders.

“There is a force majore clause which they have in their contracts with the Bangladeshi factories which allows retailers to cancel their contracts under exceptional circumstances.

“Most deals between the retailers and the factories are payment on delivery so the factories take all the risk up front by manufacturing the garments before they have been paid for the materials and labour.

“We are now going to stop some of this stock from being lost and in doing so we will be helping the factory workers and customers will be getting a great deal as well.”

He said they chose to help the Bangladeshi workers in particular because they do not have access to a furlough scheme or social services safety nets that exist in the UK.

Four million Bangladeshis are believed to work in garment factories making clothes and an estimated two million of them have lost their jobs as a result of the outbreak.

More than 80% of exports from Bangladesh are clothes. He said it would take at least a year for the country to recover from the clothing backlog even if lockdown restrictions were lifted now. 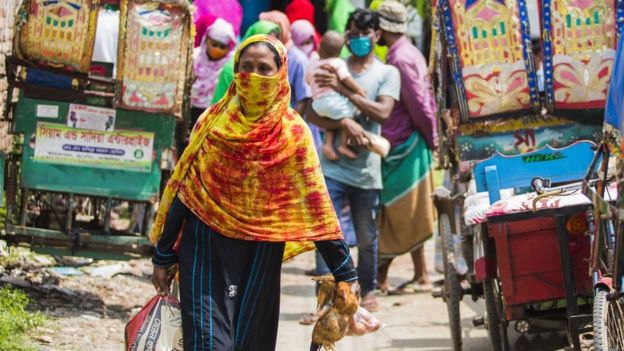 “We want to help with this crisis using all the contacts and resources we have and are confident we can make a difference,” he said.

Mr Russell and co-founders Callum Stuart and Jamie Sutherland have been working with the Sajida Foundation in Bangladesh.

Muhymin Chowdhury, Sajida Foundation’s head of challenge fund and fundraising, said: “Since the beginning of the Covid-19 crisis orders worth over $3.18bn (£2.6m) have been cancelled with Bangladesh garment factories, affecting 1,150 factories and the lives of 2.27 million workers and their families.

He said the foundation had a number of initiatives in place to help, ranging from the distribution of food and hygiene packages to households to setting up portable hand washing devices and offering remote medical consultations.

“We are very pleased to partner with Lost Stock whose approach helps redress the unfortunate failures of global brands to practise responsible sourcing,” he said.

“Every Lost Stock box sold will provide a food and hygiene package to support a family for a week.