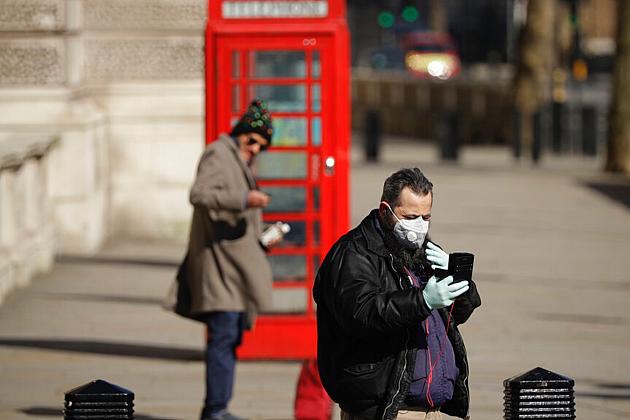 Countries across Europe are looking to roll out digital apps to control the spread of the coronavirus, but they face a big challenge: making them compatible with the EU’s strict data privacy rules.

As nationwide lockdowns begin to show signs of “flattening the curve” of the coronavirus pandemic, governments are trying to decide when and how to ease the restrictions stifling their economies. And they want to be extra careful to avoid a potentially devastating “second wave” of infections when people start leaving their homes and returning to work.

Many are now hoping that both testing campaigns and digital technology can help them trace people who are still at risk of infection. That’s where real-time data can help, according to Eiko Yoneki, senior researcher at the University of Cambridge Computer Laboratory.

“Once this quarantine period is over, there is definitely going to be a second wave. You can’t really quarantine for six months or one year. So to prevent that and minimise the economic, social and human life damage, I think this kind of data would really help,” Yoneki told Euronews.

But using mobile apps to track people’s movements and contacts is a highly sensitive issue in Europe. Earlier this month, Human Rights Watch and more than 100 other organisations issued a joint call for safeguards on how governments use digital surveillance, including mobile phone location data, to fight the pandemic.

Since the start of the COVID-19 pandemic, tech developers have been looking for ways to track and curb the spread of the new coronavirus. South Korea, China and Singapore have all used apps as part of their public health response to COVID-19, but critics have raised concerns about privacy and illegal use of data.

Daragh O’Brien, head of data governance consultancy Castlebridge, says the approach taken by these Asian countries isn’t at all appropriate for Europe.

“What we can learn in the West is that we can look at what worked. We can look at the mechanisms and controls they put in place. And then we can work backwards from those to identify how we could implement similar or equivalent controls, if necessary, in a European context aligned to our fundamental rules and values,” said O’Brien.

“Because, ultimately, if we decide those values aren’t important in a crisis, well it’s only a matter of time before we have another crisis that will excuse the sacrificing of those values which were hard fought for and hard won in Europe.”

Israel made headlines last month when it announced it would start tracking infected citizens and their contacts using phone surveillance technology traditionally reserved to counter-terrorism operations.

Turkey said on Thursday it would use a smartphone app to track infected patients and their contacts. If someone found to be positive for COVID-19 – or a person who’s been in close contact with one – breaks their quarantine, they will get an automated text message or phone call ordering them to return home. If they ignore the warning, police will automatically be alerted.

Pan-European approach
Meanwhile in Europe, there’s been such a scramble to develop coronavirus tracking apps that the European Commission called this week for a common EU approach. It wants to ensure developers comply with the strict privacy rules required by the bloc’s General Data Protection Regulation (GDPR).

“I would say Europe is quite lucky in regards to this: we have the GDPR, we have privacy as a fundamental right in our laws,” says Cecilia Bonefeld-Dahl, Director-General of the European IT lobby Digital Europe.

“Many of the technologies that are being developed in Europe are actually complying and not revealing details of private data,” she told Euronews.

In Germany, more than a hundred researchers from eight European countries – the Pan-European Privacy Preserving Proximity Tracing (PEPP-PT) project – have been working on the backbone of an app that would be open for any country to use and would be compliant with EU privacy laws.

It broadly follows the approach taken by Singapore’s TraceTogether app, which uses Bluetooth technology and notifies people if they have been in the vicinity of someone who has tested positive for the virus.

Both Germany and France have signalled they back the pan-European initiative. Chancellor Merkel – who grew up in Communist East Germany – said that if a smartphone app proved to be helpful to track the spread of coronavirus, she’d be willing to try it herself.

And this week, France’s health minister told Le Monde newspaper his government was considering an app called StopCovid, that would, on a voluntary basis and using Bluetooth technology, notify people if they have been in contact with an infected person.

While politicians are trying to popularise the idea, experts note that a large share of country’s population would need to opt-in and download these apps onto their phones for them to be effective. The challenge for developers and authorities will be to convince people that their privacy is sufficiently protected.