Home > News > World > Trump’s Federalism: Save the Economy but Leave the States to Save Lives? 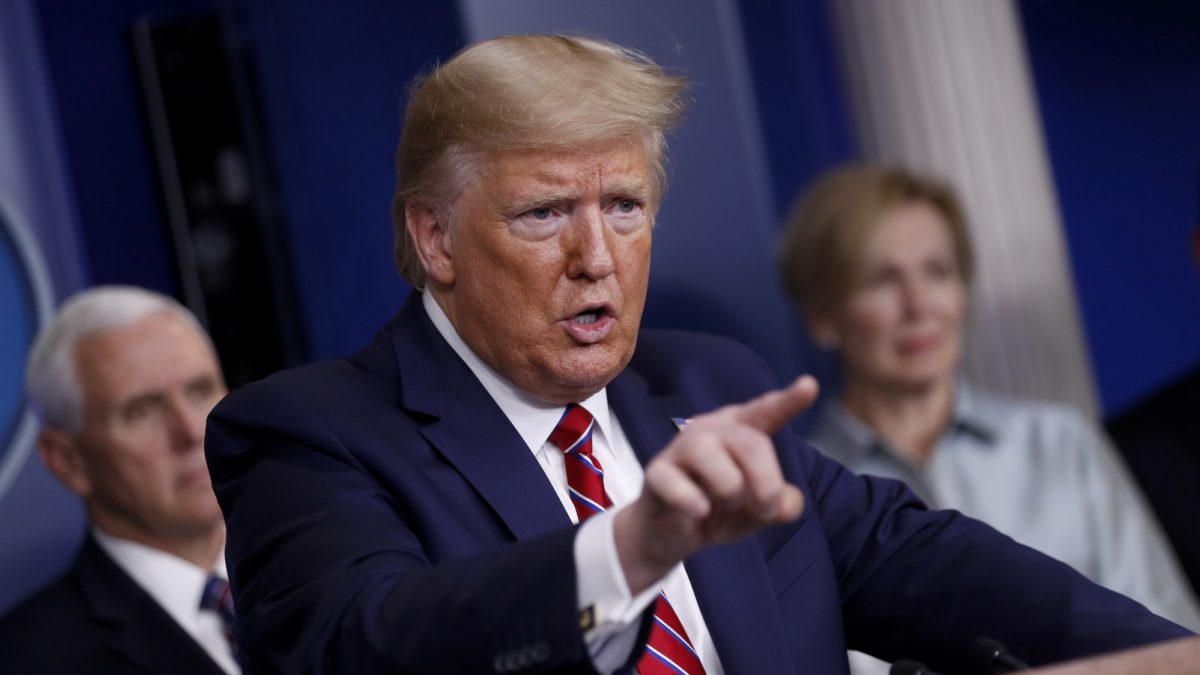 The Trump administration initially approached the pandemic knowing that national concern over the health issue would make the economy suffer. The thinking was “Let’s keep the American people from getting too alarmed about the virus, or the economy will take a hit.” Therefore, they intentionally downplayed the health threat. Yet they failed to recognize that the only real way to protect the economy was to resolve the health crisis.

When it became abundantly clear that the impact on the economy would be unprecedented and overwhelming—with potentially higher unemployment than ever before—the Trump administration quickly accepted the importance of emergency action spearheaded by the federal government. They saw the need for coordinated measures by the Federal Reserve, Congress and the president to put together multi-trillion-dollar stimulus and relief packages to indicate to American workers and businesses that the federal government was there to financially support them in ways and with speed that had never been mobilized before.

But on the health side, the Trump administration has held the position that states should take the lead, even though the key to solving the economic crisis is to solve the COVID-19 crisis. For instance, despite the call from medical leaders, including widely respected infectious disease expert Dr. Anthony Fauci and Surgeon General Jerome Adams, the administration has taken the position that there is no need for a national stay-at-home order.

They have also declined to take charge of ventilator allocations, which has resulted in multiple states competing in bids against one another for precious ventilation equipment. And they have decided not to mobilize health workers on a national level to be deployed to hot spots on a rolling basis, as each area hit its peak, among many other federal government actions that could have been taken.

Compared with what the Trump administration has advanced on the economic side of this crisis, it has done nothing to take charge of the health side. A glaring symptom of this attitude is Jared Kushner’s description of the emergency national stockpile of ventilators: “It’s supposed to be our stockpile. It’s not supposed to be the states’ stockpile.” The administration has maintained that it’s the states’ responsibility to take the lead in finding equipment and saving lives.

Imagine if the Trump administration’s position had been “it is up to the states to solve their own economic issues, their unemployment issues, their business failure issues and their industry bailouts. The feds are here to help if necessary, but the states need to lead the charge.” That would simply not work, and nobody for a second would suggest it would.

However, federal leadership on the health crisis is as desperately needed as it is on the economic crisis. Both require a totally coordinated national response. So it is incredibly hard to explain why, when it comes to health issues, the Trump administration wants to play an advisory or coordinating role, as opposed to the central command role it is playing on the economic side.

Tests taken up within an hour of site reopening