Coronavirus India lockdown: What will change under new guidelines? 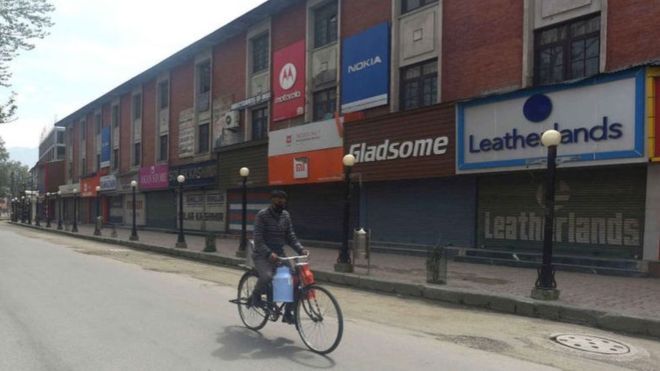 A day after extending a nationwide lockdown, India has relaxed restrictions on farming, banking and public works, but transport services and most businesses remain closed.

The rules which come into effect on 20 April, are expected to ease the supply chain and alleviate economic impact.

The lockdown which began on 25 March to contain the spread of the coronavirus will now end on 3 May.

Although the country recorded its first case at the end of January, the numbers began to spike only by early March.

It was one of the first countries to impose heavy travel restrictions, including suspending most visas and eventually stopping all international flights. It also banned trains and flights within the country when the lockdown began.

But the continued restrictions will likely prove to be a challenge to implement. The news of the extension on Tuesday prompted thousands of migrant workers to take to the streets in some cities, demanding they be allowed to return home to their villages.

What has changed?
Apart from the restrictions on both international and domestic travel, schools, colleges, malls, cinema halls and most businesses – except those providing essential services such as groceries and pharmacies will remain shut. All public gatherings – social, political or religious – are also still banned.

But the government has said it will allow agricultural businesses to open.

This includes dairy, aquaculture, tea, coffee and rubber plantations, as well as shops selling farming products – such as fertilisers or machinery.

Public works programmes, which are a crucial source of employment for daily-wage earners, will also reopen, but under strict instructions to follow social distancing norms.

Trucks, trains and planes carrying cargo will also be allowed to operate as India has faced a supply crunch in recent weeks with goods being stuck at state borders.

Who do the new rules affect?
Most of the rules affect those involved in farming or businesses that support it.

E-commerce will also benefit as courier services will restart from 20 April – and once restrictions on cargo are lifted, many goods that were in short supply are likely to be available again. This is especially likely to help small or boutique retailers who rely on online orders for food items or other products such as tea and coffee.

The self-employed – such as plumbers, electricians and carpenters – will also be allowed to work, which will be welcome news to people working from home.

And roadside eateries on highways will also reopen – with social distancing norms in place – so lorry drivers transporting cargo have regular access to food.

But the government has said none of these new rules will apply in what they call “containment zones”. State and district officials will actively take steps to identify virus hotspots and demarcate such zones, which will, in effect be sealed off, allowing only emergency vehicles or police to enter or leave these areas. And the new rules will not apply in these areas.