Coronavirus restrictions: When does it end and could there be a second wave? 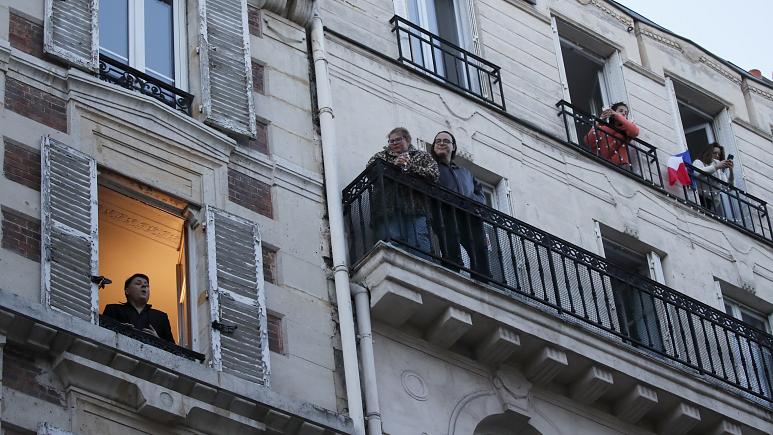 Countries around the world restricted citizens’ movement in a matter of days and many of the more than a billion people trapped at home are now wondering when they can resume a normal life.

But several countries in Europe are extending their so-called lockdown policies that heavily restrict movement without much information as of yet on whether or not they are actually working.

Italy’s lockdown, in place since mid-March, will likely be extended past April 3 and Spain has extended its confinement period for an additional two weeks. In both countries, the cases and death toll due to the outbreak are continuing to rise.

A group of experts advising the French government said on Wednesday that confinement would need to last for at least six weeks in the country. But, the experts said, lifting restrictions wouldn’t be feasible without data from hospitals about their capacity to handle incoming cases of the virus.

That data is hard to come by when the hospitals are already overburdened, the expert group said.

India, meanwhile, issued the largest lockdown of 1.3 billion people for a total of 21 days in order to curb the spread of the virus. No one is allowed to leave the house and the move sparked panic buying in the country.

“Life will not be as it was overnight,” admitted Austrian Prime Minister Sebastian Kurz, according to national media, as he explained that restrictions would likely still be in place through at least April 12.

“We will probably be in a phase after Easter that is more similar to today’s situation than normal,” said Kurz.

Last week, researchers at the Imperial College in London published the results of computer modelling about how social distancing and movement restrictions could impact the spread of COVID-19 in the US and Great Britain.

They found that social distancing measures could halve the number of deaths in Great Britain from 510,000 in an “unmitigated epidemic” (without social distancing strategies in place) to about 250,000 people if they are in place and everyone is able to be treated.

But it’s unlikely everyone could be treated, because even with these strategies in place, hospitals will overflow, the researchers said.

This modelling has helped to advise governments on the current restrictions, which the Imperial College scientists’ model based on the estimate that they will last for at least three months if not more.

“It is likely such measures – most notably, large scale social distancing – will need to be in place for many months, perhaps until a vaccine becomes available,” said Professor Neil Ferguson, who lead the research and directs Imperial College’s Abdul Latif Jameel Institute for Disease and Emergency Analytics.

Resurgence
But will we have to go through this again even if restrictions are lifted?

Experts say that once restrictions on movement are lifted, the virus could spread again, prompting a new wave of social distancing measures.

That’s until a vaccine is found – which they estimate will not be available for another year to 18 months, already an incredibly ambitious timeline that some say might not be possible.

But Mathema added the spread of the disease could also depend on how people follow social distancing or how well governments enforce the lockdowns.

If infections go back down, it could be easier to control their spread.

“I think that the Imperial Model is correct about the possibility of resurgence,” said Caroline Buckee, a professor of epidemiology at Harvard University’s School of Public Health.

Buckee added that it could depend on the number of asymptomatic people with the virus.

If there is a high number of asymptomatic people with immunity to the virus, it is likely that there will not be as large a resurgence of the disease.

Recent research published in Science suggested that mild or asymptomatic transmission could be responsible for the rapid spread of this coronavirus.

At least 86% of cases went undocumented in China before the lockdown. Those undocumented cases were often the source for the confirmed cases.

More ‘aggressive’ tactics at containment
Another way of avoiding a scenario of resurgence after confinement is through mass testing and tracking people with the virus.

These are methods that the World Health Organization has called “aggressive” tactics in fighting the epidemic.

“If the trends we’ve seen in S. Korea hold, for example, we may not need to [reissue lockdowns],” said Mathema. South Korea developed a capacity for mass testing very quickly during the outbreak.

Mathema added that governments will have to “be careful” in how “quickly” they relax lockdowns, “even after curve seems to be controlled.”

China has begun loosening restrictions, but the city Wuhan, where the outbreak started, will not have restrictions lifted until April.

Once they are lifted, it will be a waiting game to discover if the virus comes back or not.

Coronavirus: 'Europe is in a fight for its life' says Ursula von der Leyen