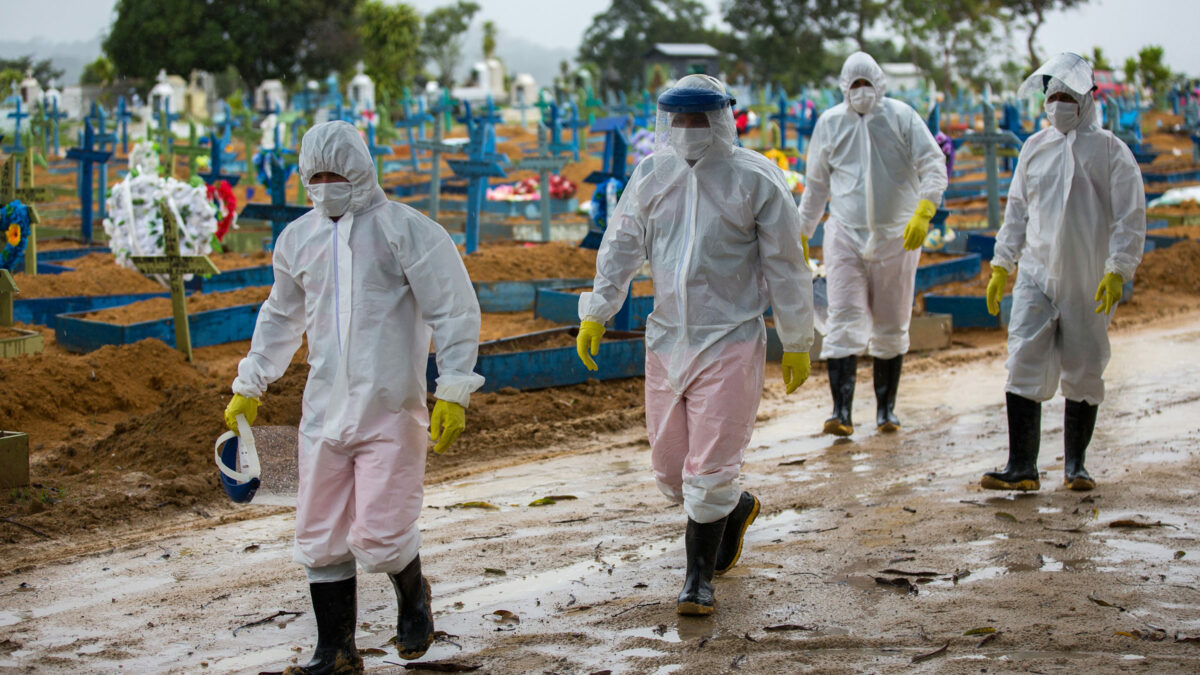 Brazil reported 1,641 Covid-19 deaths on Tuesday — the highest single-day total of the pandemic, according to data from the country’s Health Ministry.

Brazil has the second highest death toll worldwide, following the United States, according to data from Johns Hopkins University.

Amid the crippling figures and an alarming lack of Covid-19 vaccines, Brazilian Vice President Hamilton Mourão defended the government’s position against a national lockdown to help curve the spread of the deadly virus.

Mourão said the country is “not a dictatorship,” and that the best way to fight the pandemic is to accelerate the vaccination rollout, which is “going well.”

Brazil has vaccinated a little over 3% of its population, and 19 of its 26 states have an ICU occupation of over 80%, according to Oswaldo Cruz Foundation (Fiocruz), a Brazilian Ministry of Health research institution.