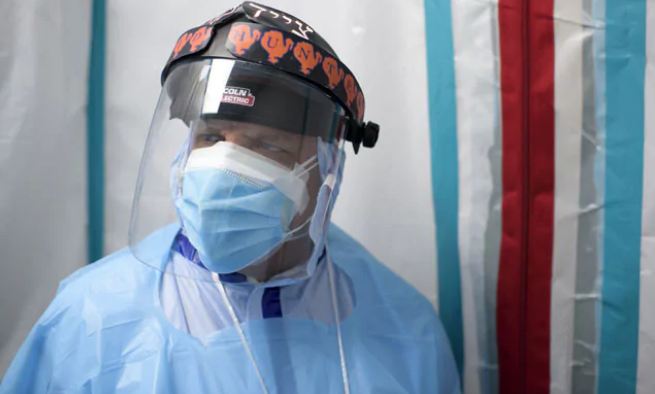 CVD HNTR.
That is the license plate on Joseph Varon’s Mercedes 550. A vanity plate can be construed as grandiosity – but in this case, it is quite literal.

Varon, a 58-year-old physician and chief of staff at United Memorial Medical Center in Houston, has been hunting covid-19 for 267 days straight. He has not had a single day off since March.

There can be no vacation when a pandemic is tearing through the country, your covid-19 unit is filled with more than 45 patients and your staff is exhausted.

Varon’s passion for medicine has fueled his determination “to nail this thing to the ground.”

“I was meant to do this,” he told The Washington Post.

Varon is both a medical maverick and a kind spirit. Despite his media appearances in which he predicted this winter will be “the darkest days in modern American medical history,” he has maintained a cheerful disposition and a deep sense of purpose.

Varon’s tireless devotion was perhaps best illustrated by Go Nakumara, who photographed the PPE-clad doctor embracing an elderly patient whom Varon had found crying and asking to see his wife.

The image gained national attention after it was widely shared on social media.

As they watched their patients quickly deteriorate in the spring, Varon and four other critical care physicians and scientists joined efforts in researching and developing protocols for the prevention and treatment of covid-19, the disease caused by the novel coronavirus.

“This is a war-type situation where you don’t wait for the next bomb to drop on you, but rather you grab whatever you have available and fight back,” he said.” You don’t sit around and wait for the cure to fall from the sky.”

In hopes of avoiding patient intubation, they landed on a combination of treatments that they say significantly improves outcomes, including steroids, anticoagulants and ascorbic acid. Varon claims the treatment cocktail has kept the death rate of patients at UMCC about 6 percent over the course of the pandemic. The mortality rate in New York reached 25 percent in March, and has come down to 7.6 in August, according to a study of New York hospitals published in the Journal of Hospital Medicine.

Born and raised in Mexico City, and with specialties in pneumonology, intensive care, internal medicine and geriatrics, Varon was particularly well-equipped to wage war against a virus that has killed more than 290,000 Americans.

His extensive credentials include a residency in internal medicine at Stanford University. He is the recipient of multiple awards, the latest a proclamation of “Dr. Joseph Varon Day” in Houston for his “his essential and outstanding work” on covid-19.

But his personal experiences, he said, also prepared him for this moment.

In 1985, he was working as an intern in one of Mexico City’s largest hospitals when an 8.1-magnitude earthquake leveled the building. He watched many of his colleagues die that day.

“I have seen disaster up front all of my life,” he said. “The only thing that scares me is corona” – a disease he calls “short-term AIDS” – and its unpredictability.

Mid-interview, Varon had to duck out. He followed up with a text:

“I just admitted 6 covid patients in the past 60 minutes,” he wrote. “It is absolute madness.”

As if the pandemic itself wasn’t enough of a challenge, some health-care workers have been grappling with a parallel phenomenon: disbelief in, or outright denial of, the coronavirus’s existence – even among some patients who are already infected with it.

Varon believes a widespread disregard to social distancing, use of masks and the politicizing of the disease are some of main reasons the country is experiencing such a dramatic surge of cases and hospitalizations.

Texas is no exception. With more than 1.3 million confirmed cases and over 23,000 covid-19 deaths, cities such as El Paso are seeing their hospitals overwhelmed and their medical staff overworked. Just a few weeks ago, Texas National Guard troops were deployed to El Paso to help with morgue operations as the city saw a spike in hospitalizations and deaths.

Houston has also seen a steady increase of hospitalizations in the past month, raising alarms among experts. At the end of September, the UMCC covid-19 unit had three patients. It now has more than 45, Varon said.

The warnings about social distancing and wearing masks however, are falling on deaf ears, he says.

“It’s as if you watched people doing drugs, and you keep telling them to stop because it will kill them, and they keep doing in it in front of you,” he said. “It hurts

Argentina's abortion bill is backed by lower house of Congress