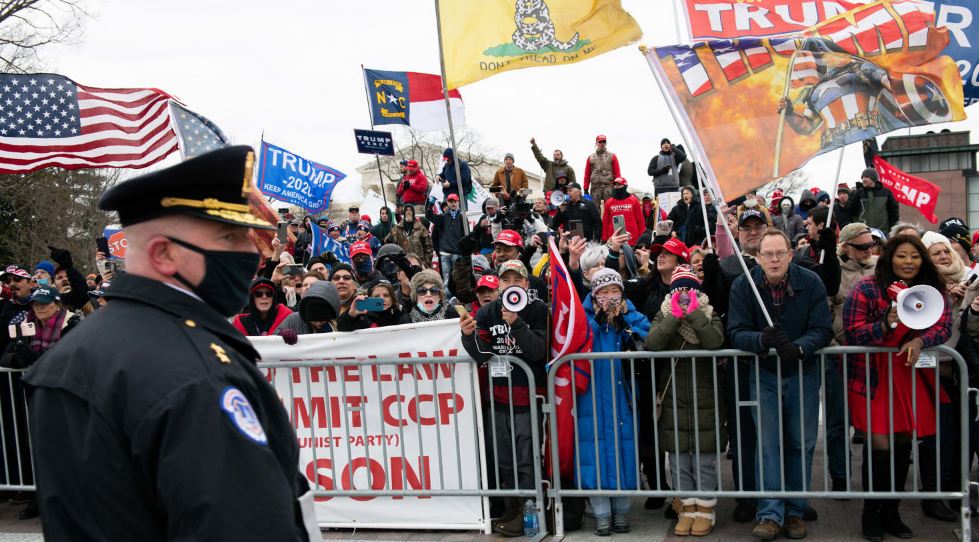 Police were ill-prepared and made fateful mistakes that allowed a pro-Trump protest to morph into an unprecedented and protracted sacking of the Capitol on Wednesday, experts told The Daily Beast.

They said the mob’s breach of the building, after President Trump exhorted them to “fight like hell” to overturn the election, could have been avoided with some basic policing protocols—and heads should roll for the deadly debacle.

One group of insurrectionists took over the Senate floor; another attempted to rush the House chamber but was stopped by police with their guns drawn. Swarms scaled the facade and hung Trump banners from balconies and scaffolding.

The surreal scenes included police officers taking selfies with the MAGA hordes milling around the building—and disturbing footage of one of the intruders being fatally shot in a chaotic clash.

Michigan leaders denounce US Capitol riot: 'This is happening because of lies'

Singapore reports more than 1,000 new cases for fourth day in a row