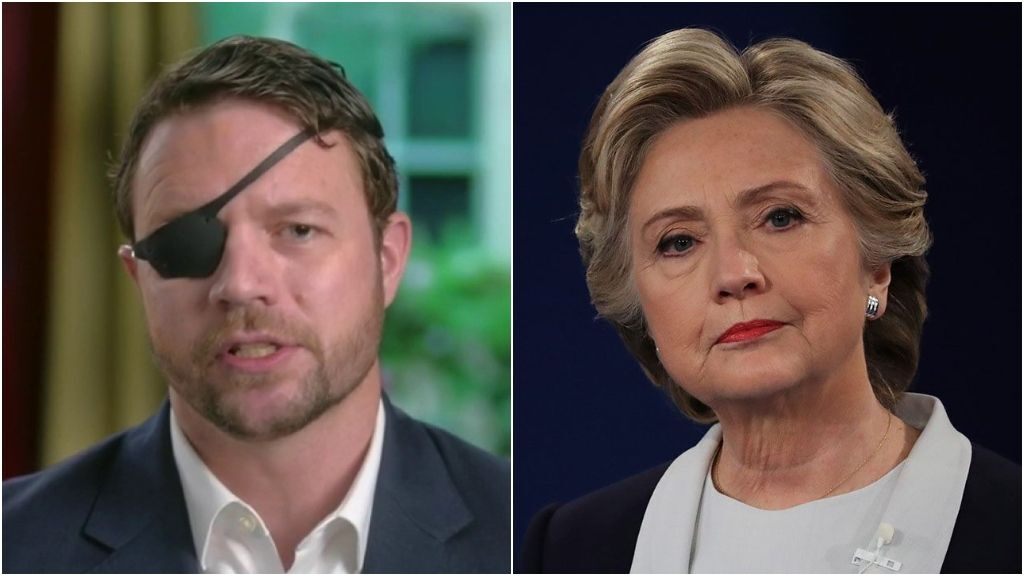 U.S. Rep. Dan Crenshaw, R-Texas, fired back at Hillary Clinton on Tuesday, accusing the former U.S. secretary of state of once again using the coronavirus outbreak to score political points against President Trump.

On Monday, Clinton retweeted a Washington Post story that was critical of Trump and said the U.S. was “beset by denial and dysfunction as the coronavirus raged.”

Clinton’s Twitter message quoted from the Post article: “It took 70 days for Trump to treat the coronavirus not as a distant threat or harmless flu strain well under control, but as a lethal force poised to kill tens of thousands of citizens.”

HILLARY CLINTON UNDER FIRE FOR JOKE ABOUT US LEADING IN VIRUS CASES: TRUMP ‘DID PROMISE AMERICA FIRST’

Then Clinton added a message for her followers.

“Replace this man in November,” she wrote, referring to the president. 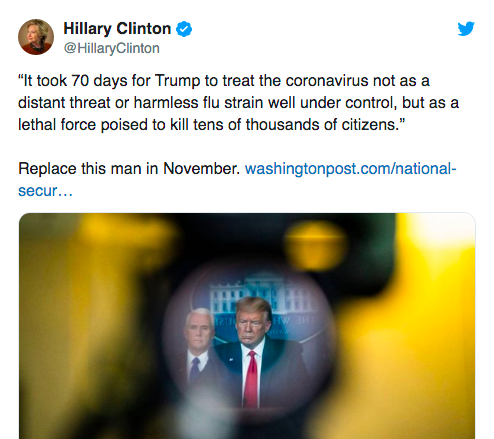 But Crenshaw responded to Clinton, noting President Trump “restricted travel in January & saved lives” while Clinton and the Democrats “celebrated his impeachment.”

“Denial?” Crenshaw wrote. “From the man who restricted travel in January & saved lives, while your party celebrated his impeachment?

“You may be confusing him with the Washington Post, telling America to get a grip. That COVID19 wasn’t scary, & that we should be wary of an aggressive govt response.”

Crenshaw then provided headlines from three Post articles, from January and February.

“Get a grippe, America. The flu is a much bigger threat than coronavirus, for now,” read a Post story from Feb. 1, written by a Post staffer.

“How our brains make coronavirus seem scarier than it is,” read another Post story, from Jan. 31, written by a guest commenter from Harvard University.

“Why we should be wary of an aggressive government response to coronavirus,” read the third headline, from a Feb. 3 Post article co-authored by two academics from Northwestern University.

Capping off his Twitter message, Crenshaw posted a Nancy Pelosi message from Jan. 15, in which the speaker is seen handing commemorative pens to fellow Democrats on the day she signed two articles of impeachment after the Democrat-led House voted against the president on charges of abuse of power and obstruction of Congress. (The Senate later acquitted Trump of both charges in an impeachment trial.)

Crenshaw previously called out Clinton last month, after she retweeted a New York Times article announcing the U.S. had become the global leader in coronavirus cases.

“He did promised ‘America First,’” Clinton wrote, referring to the president.

“Delete your account,” Crenshaw answered. “This isn’t the time. This can’t be the new normal, where American tragedy is applauded for the sake of political opportunism.”