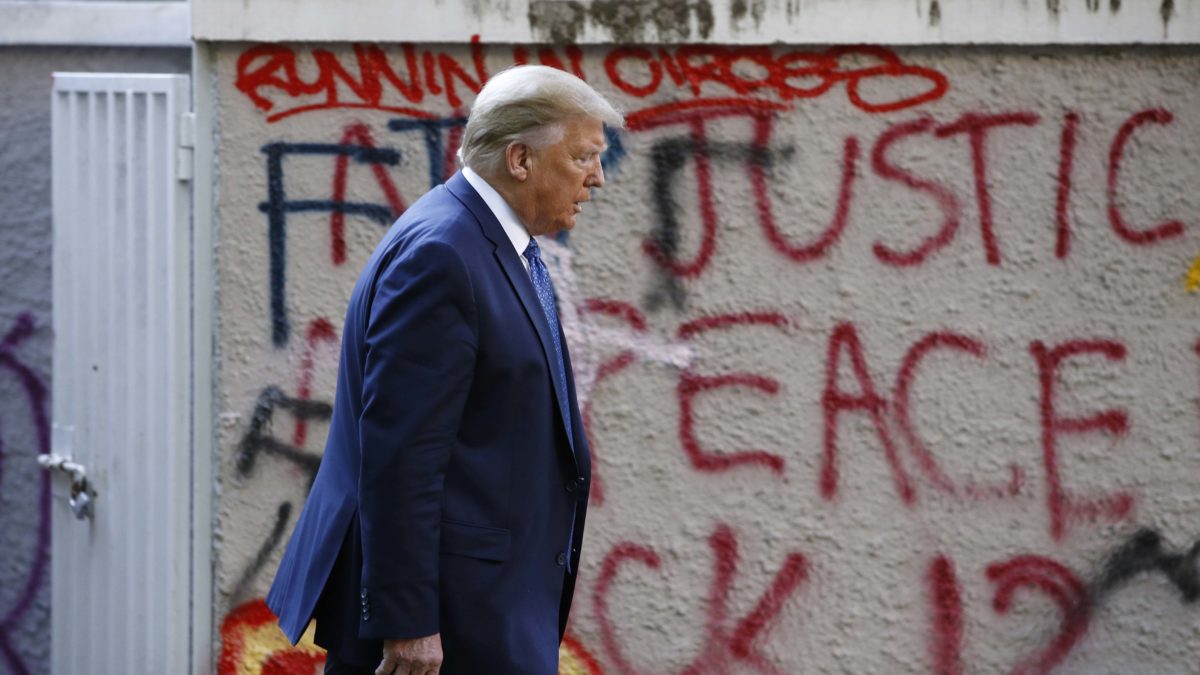 Protests erupted for a seventh day across the US over the death of George Floyd, an unarmed black man, at the hands of a police officer in Minneapolis, Minnesota.

Here are the latest developments:

Washington, DC: In a speech Monday, President Donald Trump declared himself “your President of law and order,” and vowed to clear the streets using the military if necessary. Peaceful protesters just outside the White House gates were dispersed with tear gas, flash grenades and rubber bullets in advance of Trump’s address.

Trump’s photo op: Trump delivered his remarks in the White House Rose Garden, before walking a short distance to St. John’s church to take a photo with a Bible. Bishop Mariann Edgar Budde of the Episcopal Diocese of Washington said that her community did not approve of Trump’s visit to St. John’s — one of the churches in her diocese — and distanced herself from his actions Monday afternoon.

“The President just used a bible, the most sacred text of the Judeo-Christian tradition, and one of the churches of my diocese without permission as a backdrop for a message antithetical to the teachings of Jesus and everything that our churches stand for,” Budde said.

Military helicopter over DC: Protesters defied curfews in the capital following Trump’s remarks earlier in the day. At least one military helicopter was seen flying overhead and hovering in an attempt to disperse the crowds.The helicopter could be seen making slow low-level passes, using its propellers to kick up strong wind and debris.

Looting in Manhattan: Widespread looting erupted in upscale parts of Manhattan in New York on Monday evening in scenes described by CNN Senior Media Correspondent Brian Stelter as “anarchy.” In Midtown Manhattan, there was looting along the eastern portion of the neighborhood, including on Fifth Avenue and Madison Avenue, close to Trump Tower.

Arrests: Atlanta police have made 350 arrests related to the George Floyd protests since Friday, the department said on Monday. In Saint Paul, Minnesota, police arrested 66 protesters Monday night during a peaceful protest outside the State Capitol, police said. And in In Oakland, California, more than 40 protesters were detained and arrested for being on the streets past the curfew.

Solidarity protests: From Amsterdam to Berlin to Rio de Janeiro, thousands around the world have taken to the streets to protest George Floyd’s death in solidarity with Black Lives Matter activists in America.