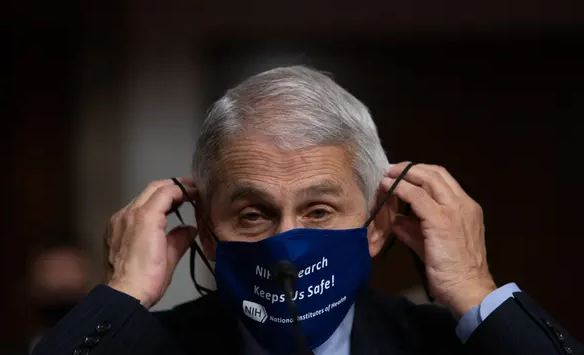 The United States passed four million cases of the coronavirus for November on Saturday, more than double the record 1.9 million cases set in October.

Now experts have warned Americans to expect that sharp rise in cases to continue, due in part to the Thanksgiving holiday – potentially worsening heading into the December holiday season.

“What we expect, unfortunately, as we go for the next couple of weeks into December, is that we might see a surge superimposed on the surge we are already in,” Dr Anthony Fauci said in an interview on NBC News’ Meet the Press on Sunday.

The government’s leading infectious disease expert added officials “tried to get the word out for people, as difficult as it is, to really not have large gatherings” but ultimately the travel industry suggested many Americans didn’t heed calls to stay home.

Airline and transportation authorities report Americans traveled by the millions over the weekend, and amid Black Friday, retailers experienced large crowds and overnight lines despite government and merchant pleas to primarily shop online.