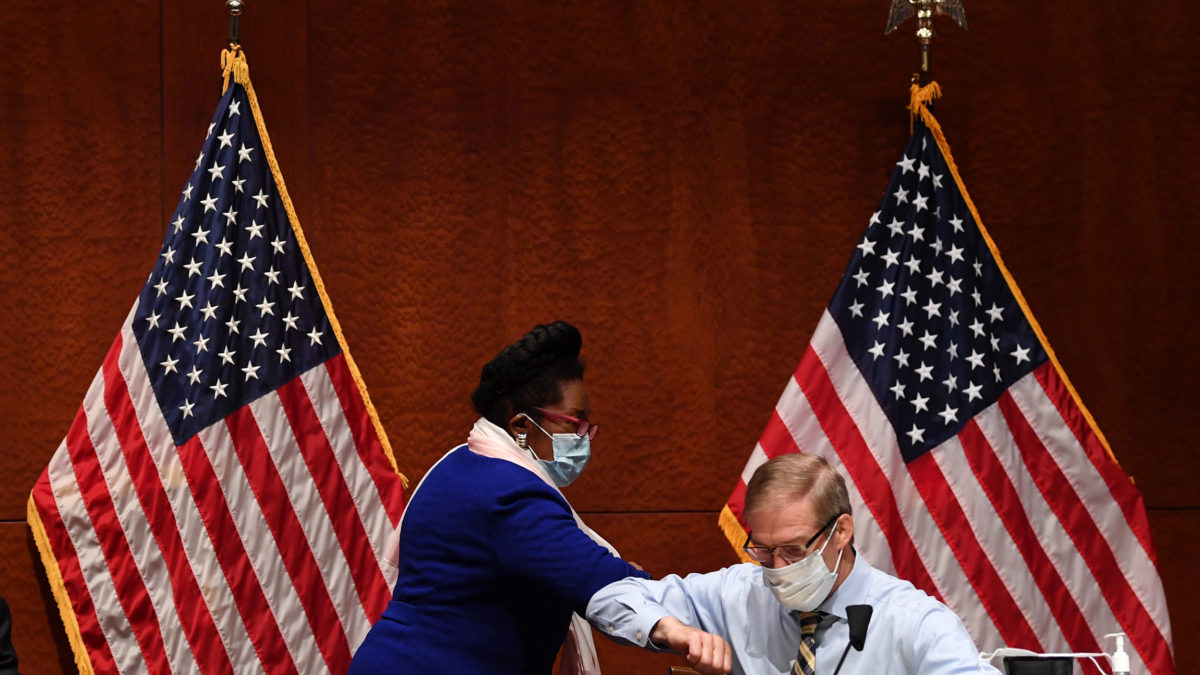 WASHINGTON, DC - JUNE 17: Rep. Jim Jordan (R-OH) and Rep. Sheila Jackson Lee (D-TX) greet by bumping elbows at a House Judiciary Committee markup of H.R. 7120, the "Justice in Policing Act of 2020," on Capitol Hill on June 17, 2020 in Washington, DC. The bill addresses police reforms in the United States and includes provisions to curb police misconduct and the use of excessive force. (Photo by Kevin Dietsch-Pool/Getty Images)

Anti-racism protests continue to spread following the death of George Floyd, leading to calls to defund police departments and take down historic statues.

If you’re just joining us, here’s the latest:

Charges in Rayshard Brooks shooting: Former Atlanta officer Garrett Rolfe, who shot and killed Brooks, faces 11 charges, including felony murder, the Fulton County district attorney announced. Devin Brosnan, the other officer at the shooting, faces an aggravated assault charge for standing on Brooks in the parking lot. Here’s a rundown of the charges.

Officers call out: Following the announcement of the charges, the Atlanta Police Department said an unusual number of officers working the late shift had called out sick. Mayor Keisha Lance Bottoms said that she doesn’t know exactly how many officers are calling out, but that the city has enough police officers for the night.

Honoring Juneteenth: Numerous cities and states around the United States have issued various proclamations for Juneteenth. The June 19 holiday commemorates the end of slavery in the US. In New York, Gov. Andrew Cuomo signed an executive order designating Juneteenth as a holiday for all state employees, and in Philadelphia, Mayor Jim Kenney designated Juneteenth as an official holiday.