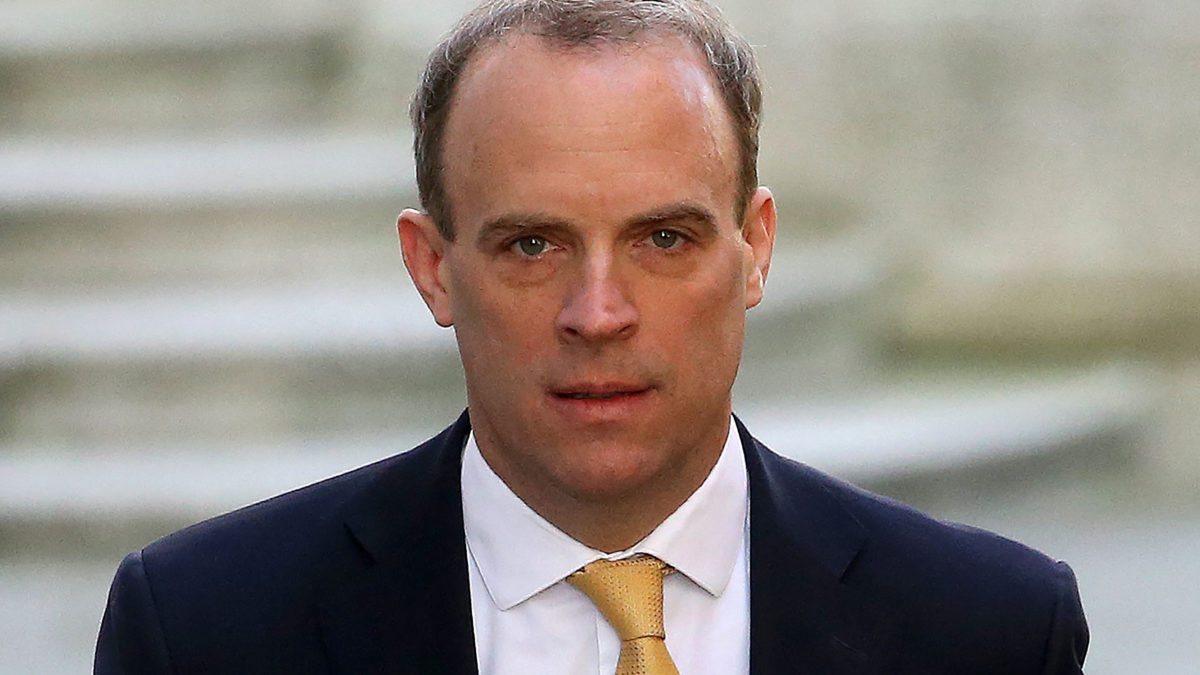 Britain's Foreign Secretary Dominic Raab walks from the Foreign Office to 10 Downing Street in central London to attend the Government's daily COVID-19 briefing, on April 21, 2020. - The British government on Monday said there were "encouraging signs" that the coronavirus outbreak was easing but warned it was too early to lift the lockdown despite new evidence of the economic toll. Some 16,509 people hospitalised with COVID-19 in Britain have now died, new health ministry figures showed, up by 449 -- the lowest daily toll for a fortnight. (Photo by Isabel Infantes / AFP) (Photo by ISABEL INFANTES/AFP via Getty Images)

UK Foreign Secretary Dominic Raab says he has “full respect” for the Black Lives Matter movement, after earlier saying that “taking the knee” felt more like a symbol of subjugation than liberation.

“I have full respect for the Black Lives Matter movement, and the issues driving them,” Raab said on Twitter.

“If people wish to take a knee, that’s their choice and I respect it. We all need to come together to tackle any discrimination and social injustice.”

Earlier on Thursday Raab told UK radio station TalkRadio that “taking the knee” seemed to have its origin in the “Game of Thrones” television series.

The gesture is associated with the Black Lives Matter movement and US football player Colin Kaepernick. Kaepernick knelt during the US national anthem before NFL games in 2016, as a protest against police brutality and racial injustice.

Protesters around the world have been “taking the knee” at demonstrations against racism and police brutality, sparked by the death of George Floyd.

Raab was responding to the decision of Premier League players and match officials to kneel ahead of Wednesday night’s match marking the return of the football season.

“I understand this sense of frustration and restlessness which is driving the Black Lives Matter movement,” Raab told TalkRadio.

I’ve got to say on this taking the knee thing — I don’t know maybe it’s got a broader history but it seems to be taken from the ‘Game of Thrones’ – feels to me like a symbol of subjugation and subordination rather than one of liberation and emancipation. I understand people feel differently about this.”

Raab added that he would only take the knee for two people: “The Queen and the missus when I asked her to marry me.”

Here's the latest developments on the anti-racism protests