James Carafano: After coronavirus — We still need Europe and they need us. Here’s what has to happen 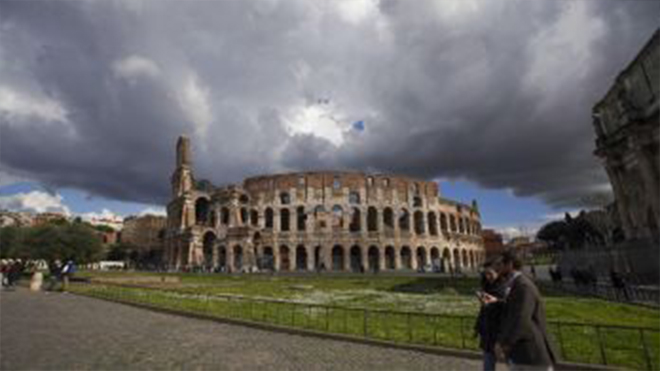 The coronavirus is taking a huge toll in many European countries. Not everyone is going to be looking good at the end.

Will this be the death of the dream of a Europe whole, free, prosperous and secure? Certainly not. But it will be a huge setback. And as Europe struggles to rebuild, the transatlantic partnership will be more important than ever.

Why should the U.S. be there for Europe? Because for us to be successful, we need Europe to succeed.

It has nothing do with shared values or love of the old country. America has vital economic and security interests around the world, and with those interests come responsibilities.

Europe is an indispensable link to the rest of the world. It is, itself, the home of some of our most important trade, military and diplomatic partners. And it’s not just the more influential nations like Germany. Smaller countries, from the former Soviet states in Eastern Europe to friendly nations in the south, often make outsized contributions to international joint ventures, making them valuable strategic partners.

Put plainly, the U.S. and Europe need each other.

The challenge for the U.S. will be dealing with a fragmented Europe that emerges from the pandemic on a highly unequal footing. Countries like Spain and Italy will be in far worse shape than others.

Even before the pandemic, European nations with dense refugee and immigrant populations that were not well-assimilated already faced challenges like lower public safety, limited health infrastructure and high unemployment. Those problems have all been exacerbated and may erupt into more serious and intractable hot spots. Meanwhile, individuals susceptible to radicalization will have spent weeks at home, spending even more time consuming extremist content.

The European Union will also be weakened. It is, at heart, an enormous trade bloc. The first step to economic recovery for Europe will be to get its business activity and cross-border trade back online. That said, the EU, dependent on the contribution of member nations, will have fewer resources to allocate to its “one Europe” dreams.

The U.S. has a very real interest in European recovery and a very large role to play in making it happen. That’s a task that Washington ought to be thinking about “yesterday.”

One worry for the EU, as well as for NATO and the U.S., will be the malicious influence of Russia and China. Both exploited the coronavirus outbreak to launch mendacious disinformation campaigns. They could well follow-up by trying to entice countries greatly weakened by the pandemic to leave the Western orbit. Inducements would include promises of loans, support and easy cash — leavened with more lies and/or ominous threats. Targets could include countries from Ukraine to Italy.

The year ahead could see the most concerted assault by authoritarian states on the Free World since the Soviets threw up the Berlin Wall. But don’t for a minute expect Europe to be a free lunch for Beijing and Moscow. Both countries’ bad behavior since the onset of COVID-19 have angered many Europeans. The U.K., for example, is now thinking about pulling the plug on plans to have Chinese telecom giant Huawei participate in building Britain’s 5G telecom infrastructure.

Nevertheless, pushing back on the malign influence of Moscow and Beijing and rebooting the continental economy will be an almost impossibly heavy lift for Europe to manage on its own. The U.S. has a very real interest in European recovery and a very large role to play in making it happen. That’s a task that Washington ought to be thinking about “yesterday.”

For example, the U.S. could help by doubling-down on its support for the Three Seas Initiative. A project to rebuild Central European infrastructure, the initiative would make those nations better economic, energy and security partners for the United States. The U.S. should look for other mutually beneficial projects to solidify our European partnerships.

We also can’t forget our common commitments to build a stronger and more effective NATO. The security threats to the transatlantic community aren’t going away with the virus.  There is probably no better time to put aside the impractical notion of European security autonomy. It was always a pipe dream, and it makes even less sense at a time when European states won’t have the resources to waste on fantasy. The plain fact is the major security threats to Europe can only be met with a transatlantic security arrangement.

In addition to economic recovery, all the old problems will still be there. The U.S. must remain engaged in working for a better Western Balkans. And Europe ought to be doing more to support U.S. efforts to deal with Iran’s dangerous and destabilizing influence in the Middle East.

Finally, neither the U.S. nor Europe can forget about the importance of promoting better governance in states from one end of Africa to the other. Otherwise, the problems of Africa will spill over into the Middle East and Europe. This isn’t a nation-building mission; it is a partnering task. America and Europe should be looking for partners that will work with us.

In yet another irony in these ironic times, rather than lecturing President Trump, Europe may soon be looking increasingly to him for help in securing the future of Europe.