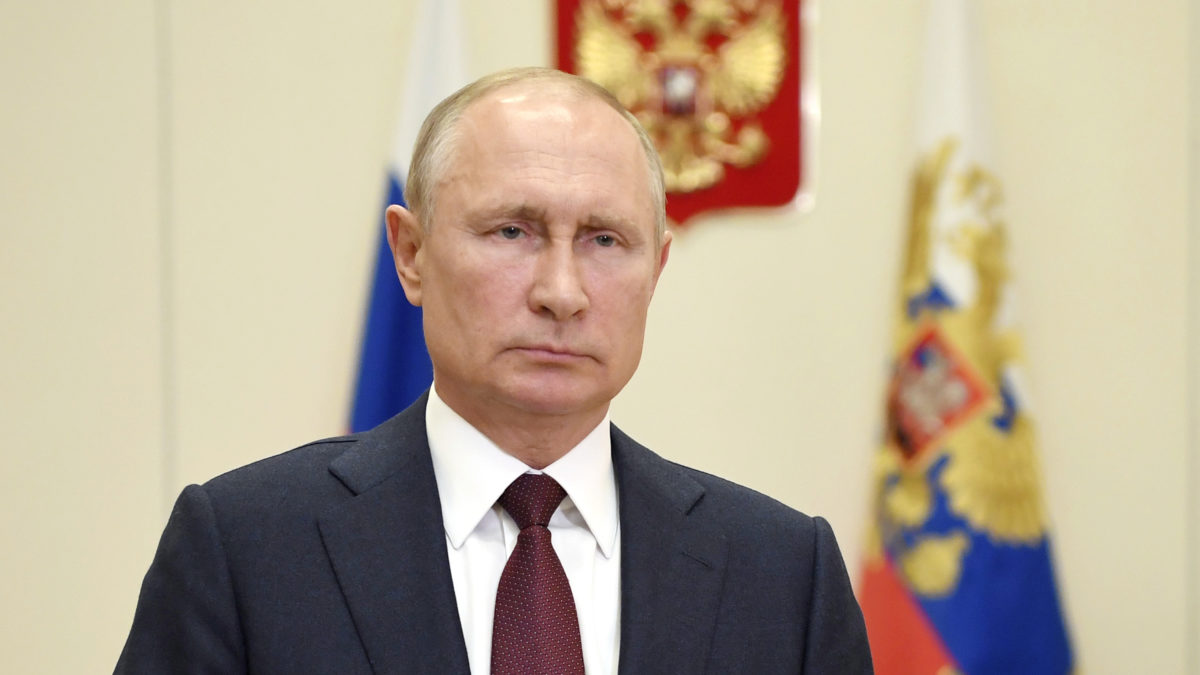 Russian President Vladimir Putin congratulates military and civilian personnel and veterans of the Border Guards Service on Border Guard's Day, at his Novo-Ogaryovo state residence, outside Moscow on May 28, 2020. (Photo by Alexey NIKOLSKY / Sputnik / AFP) (Photo by ALEXEY NIKOLSKY/Sputnik/AFP via Getty Images)

Kremlin spokesperson Dmitry Peskov on Tuesday said President Donald Trump and Russian President Vladimir Putin did not discuss the unrest sweeping the US in a phone call Monday.

Asked in a conference call with reporters if the issue was raised during the conversation, Peskov said: “No, this is not a question of bilateral Russian-American relations.”

Pressed on whether protests over police violence in the US might bring attention to similar incidents in Russia, Peskov said he saw no parallels between the two countries.

“I do not agree with you that the issues now at the forefront in the United States are relevant to our agenda. We have our own agenda and, thank God, what is happening in America is not happening in our country. Thank God, I repeat.”