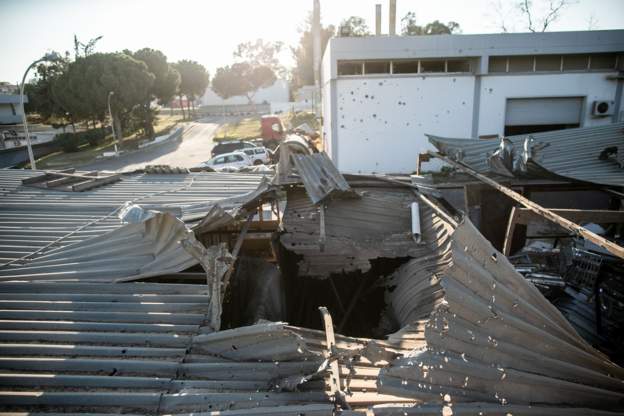 Libya’s UN-backed government says it has suspended activity at one of the main hospitals hospitals in the capital, Tripoli, which has been repeatedly targeted in bombardments.

The health authorities said the al-Khadra hospital was hit again on Thursday – the third such strike in a matter of days.

The government’s supporters have blamed the attacks on forces from eastern Libyan under the control of Gen Khalifa Haftar.

Earlier in the week the UN’s humanitarian co-ordinator for Libya, Yacoub El Hillo, warned that the coronavirus pandemic together with the attacks on the hospital, which houses a coronavirus ward, were a deadly combination.

He described the shelling as a “clear violation of international humanitarian law”.

“The fighting parties must stop killing innocent civilians now and focus on defeating the virus,” he said.

The conflict in Tripoli has intensified in recent weeks.

Libya has been wracked by conflict since the 2011 uprising which ousted long-time leader Muammar Gaddafi.

The Libyan National Army (LNA), which is loyal to Gen Haftar and controls most of eastern Libya, launched its attack on Tripoli a year ago.

It rivals are the internationally recognised government in Tripoli and several armed groups allied to that administration.

The country officially has 19 confirmed cases of coronavirus but it has tested fewer than 400 people.