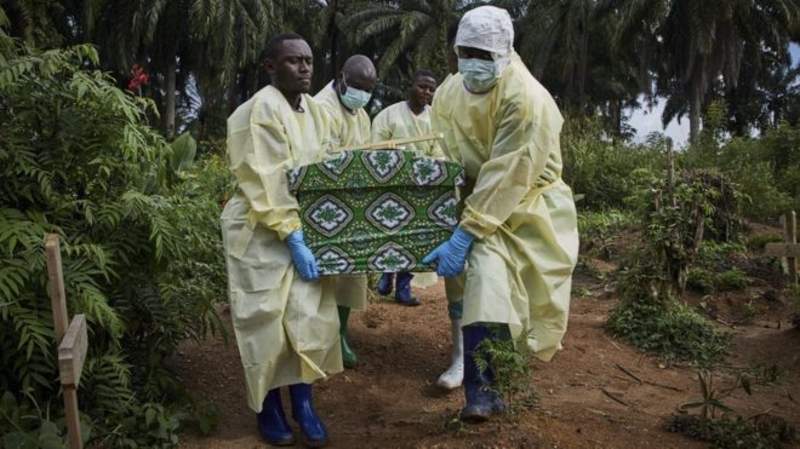 New cases of Ebola have been confirmed in the Democratic Republic of Congo.

Health Minister Eteni Longondo said four people had died from the virus in the western city of Mbandaka, which has a population of about a million people.

It is more than 1,000km (about 600 miles) from the centre of the current outbreak in the east of the country.

DR Congo was poised to declare an end to the second largest Ebola epidemic on record in April, but a new chain of infections was found.

The country is also struggling with coronavirus, with more than 3,000 confirmed cases.

Mbandaka last recorded an outbreak of Ebola in 2018, when 33 people died in the city, and surrounding Equateur province.