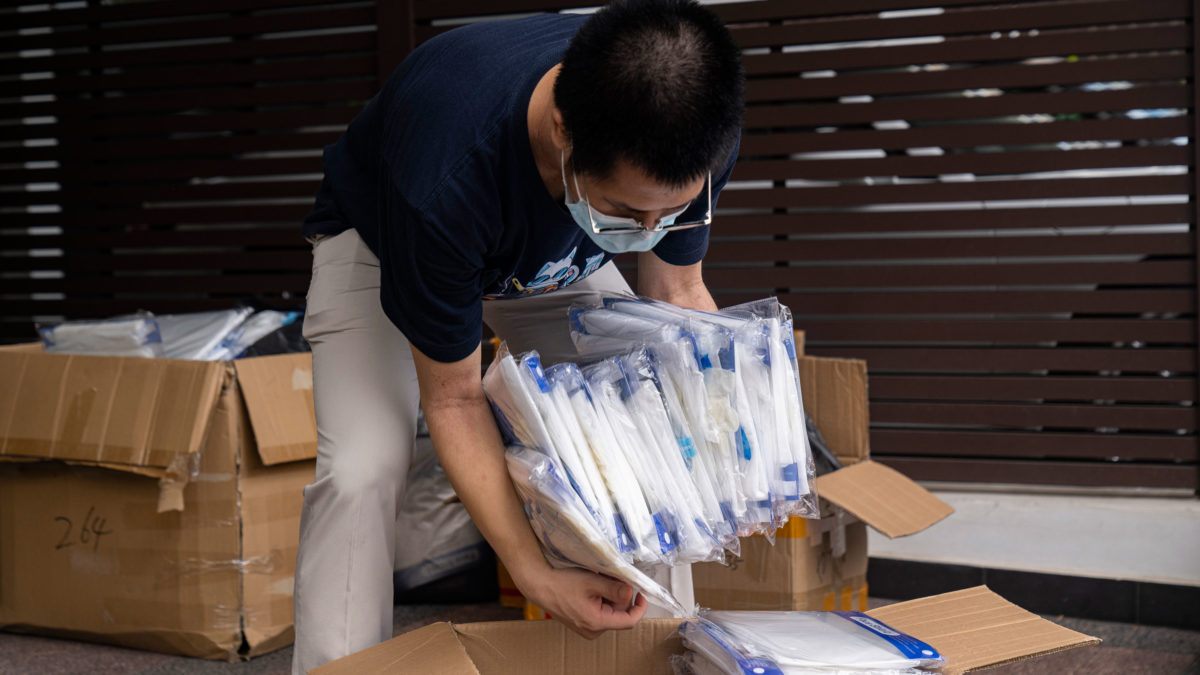 SINGAPORE, SINGAPORE - MAY 23: A volunteer wearing protective face mask packs personal protective equipment to be distributed to migrant workers on May 23, 2020 in Singapore. This reassurance operation is an initiative by Covid-19 Migrant Support Coalition, a non-governmental group in Singapore. (Photo by Ore Huiying/Getty Images)
Asia, Coronavirus, News, World

Singapore reported 344 new Covid-19 cases on Monday — all but six of which were located in foreign worker dormitories.

The government said in a statement that 99% of those cases are linked to known clusters.

Singapore initially appeared to have the pandemic under control, but a dramatic spike in cases among the city’s foreign workers — who live in small, cramped spaces where it is easy for the virus to spread — forced authorities in the city-state to take drastic measures.

Singapore is home to about 1.4 million migrant workers who come largely from South and Southeast Asia. As housekeepers, domestic helpers, construction workers and manual laborers, these migrants are essential to keeping Singapore functioning — but are also some of the lowest paid and most vulnerable people in the city.

The rate of infection among migrant workers appears to have slowed in recent days, and more appear to be recovering.

The numbers: Singapore has confirmed 31,960 Covid-19 cases and 23 virus-related deaths, according to Johns Hopkins University. The government said Tuesday that 862 more patients were discharged from medical facilities, and that 15,738 have recovered.

Eight Covid-19 patients are in critical condition in ICUs, while upwards of 607 that are still in hospital are either stable or improving. The government said 15,592 patients who either have mild symptoms or are clinically well but still testing positive are being isolated.

Brazil reports more than 11,000 new coronavirus cases in past 24 hours

Students are weary of online classes. But colleges can’t say if they’ll open in fall 2020.