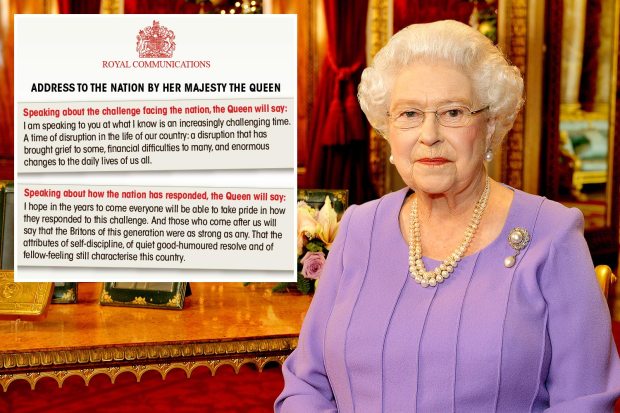 THE Queen will tomorrow night tell the nation it will be remembered with pride for its courage during the ­coronavirus fight.

The 93-year-old’s “deeply personal” televised address at 8pm is to be watched by an estimated 32million.

It comes as the death toll reached a new daily high after another 708 people died in 24 hours, including a five-year-old child.

Brits will see her pay tribute to the country’s strength during this “increasingly challenging time” — with “enormous changes to the daily lives of us all”.

The monarch, whose son Prince Charles was hit by the virus, will also offer support for those grieving loved ones.

As NHS heroes and other frontline workers tackle the deadly virus, she will hail the country’s characteristic “self-discipline” and “good-humoured resolve”.

And she promises there will be better times ahead — when we can look back with pride on a generation “as strong as any” before it.

Royal aides say the speech, broadcast from Windsor Castle, will draw on “her experiences in other difficult times”.

It is the fifth time the Queen has chosen to address the nation outside of Christmas and comes as experts fear the coronavirus has yet to hit its peak.

PM Boris Johnson said she had chosen the perfect time to address a nation which has been in lockdown since last month.

Viewing figures are expected to top the 27million who tuned in to hear him order the nationwide shutdown on March 23.

They could even beat the record UK TV audience of 32.3million who saw England win the 1966 World Cup Final.

‘A TIME OF DISRUPTION’

The Queen, who has been isolating with the Duke of Edinburgh, 98, at Windsor Castle, will say tomorrow: “I am speaking to you at what I know is an increasingly challenging time.

“A time of disruption in the life of our country: a disruption that has brought grief to some, financial difficulties to many, and ­enormous changes to the daily lives of us all.”

Her powerful message will include praise for those on the NHS front line, care workers and others carrying out vital roles.

She will also thank those who are following the official government guidance to stay at home and protect the vulnerable.

And she will show she has every faith in our ability to come through this unprecedented crisis.

The Queen adds: “I hope in the years to come everyone will be able to take pride in how they responded to this challenge.

“And those who come after us will say that the Britons of this generation were as strong as any.

“That the attributes of self-discipline, of quiet good-humoured resolve and of fellow-feeling still characterise this country.”

The address will also be broadcast across 53 other Commonwealth nations as well as the Royal Family’s social media channels.

The Queen and Prince Philip have been with a skeleton staff at Windsor after leaving Buckingham Palace, where a footman tested positive for coronavirus. 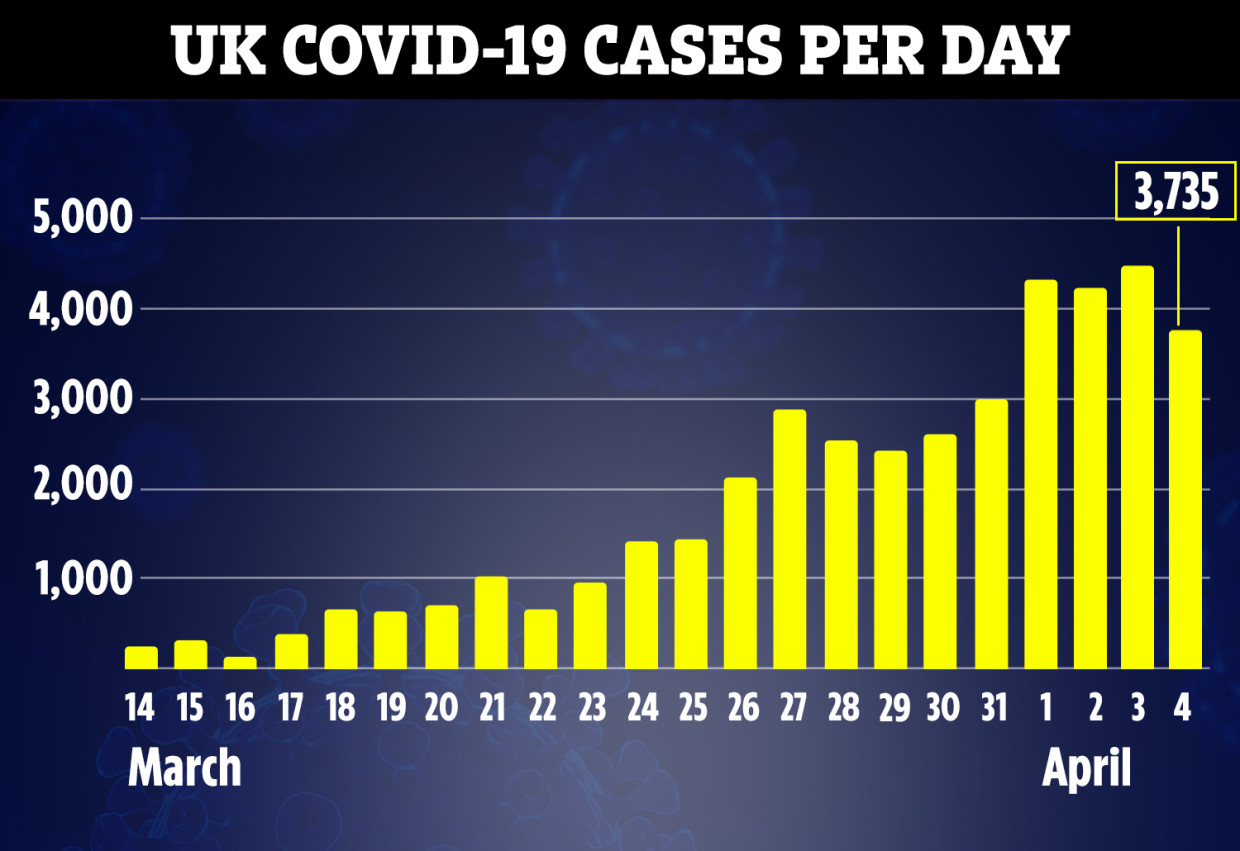 Medical advice was taken from royal doctors before filming was set up last week.

Aides chose the White Drawing Room to ensure the Queen — who is in a vulnerable age group — was at a safe distance from the crew.

Only one cameraman was allowed in with all other technical staff linked via speakers.

Sources say the idea for the address came from the Queen herself after discussing it with Prince Charles, who is recovering in the Scottish Highlands.

It is understood there was no political pressure to make the speech, despite calls from some for her to address the nation earlier.

However, the Queen’s office did talk it over with No10 and sent the Prime Minister a copy of the four-minute, 15-second speech.

Her Majesty drafted it with help from her Private Secretary Sir Edward Young, it is understood.

A source said: “The TV address will show how important it is to remain at home and protect the vulnerable.

“It will reassure and inspire everyone by evoking the wartime spirit of ‘Keep Calm and Carry On’.

“It is a deeply personal message derived from her personal experiences in other difficult times but points to brighter times ahead.”

The Queen traditionally only addresses the nation every year on Christmas Day.

The four other previous times she has chosen to speak on telly were at times of national or ­personal celebration or crisis.

They included an address from Buckingham Palace — after mounting pressure — following the death of Princes Diana in 1997.