THOUSANDS of Brits ignored the strict lockdown rules yesterday to sunbathe during a mini heatwave, forcing a park in London to close.

Police in the UK capital were also forced to break up an 18th birthday attended by 25 guests who flouted the social distancing guidelines set out by the government amid the coronavirus outbreak.

In Clapham Common, police were seen reminding groups of sunbathing Brits of their social distancing responsibilities.

Cassiobury Park in Watford is also closed after hundreds chose to head for a picnic in the sun rather than obey government guidelines, as well as Lundersten Bay in Scotland.

The Rickmansworth Aquadrome in Hertfordshire was also forced to close its car park.

Surrey Road Police also shared a shocking video of Richmond Bridge in West London packed with people out walking along the Thames.

Police were also out in force in Brighton in case Brits descend on the seaside town to enjoy the mini heatwave. 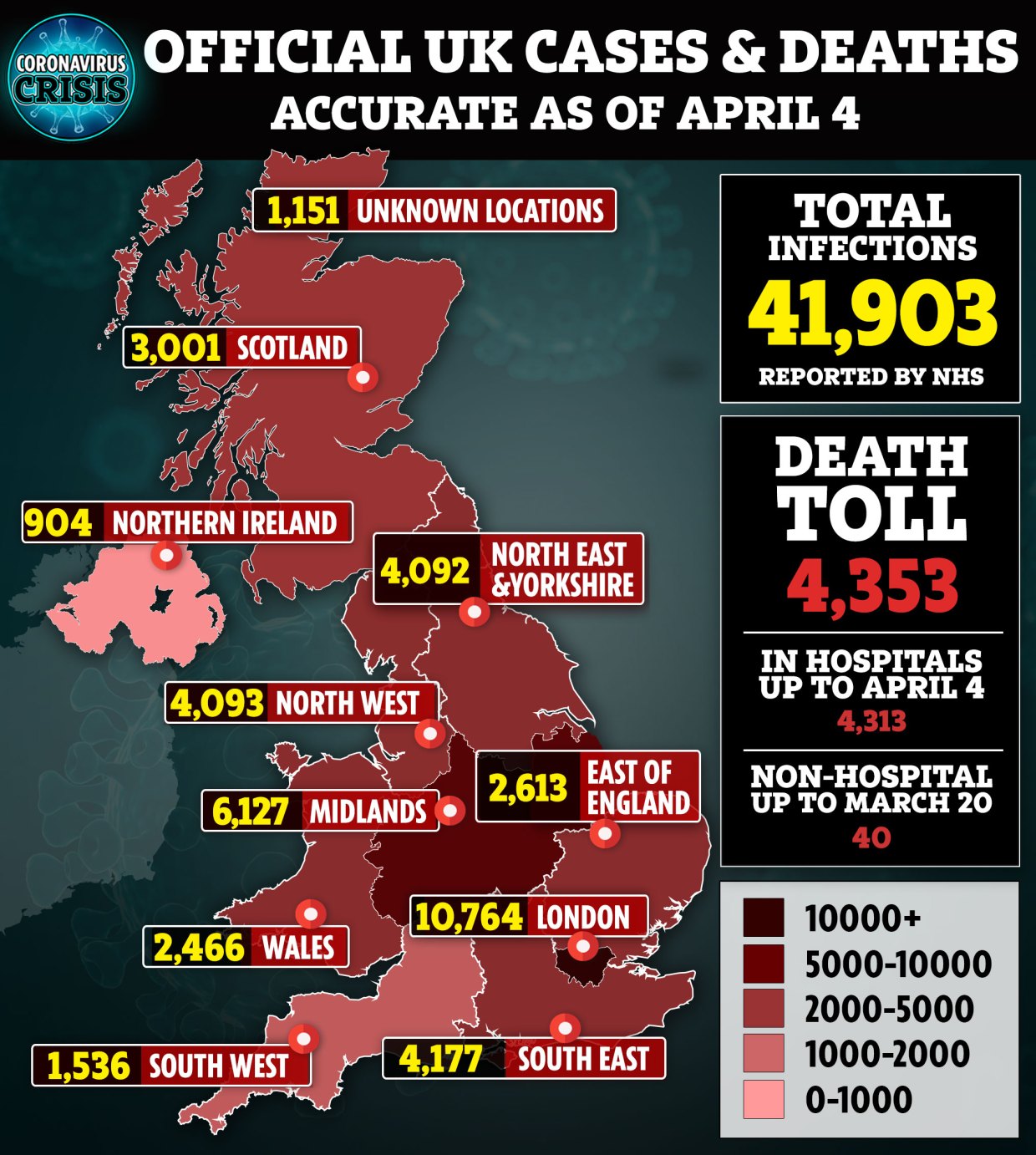 In Regents Park, cyclists were snapped riding close together in the sunshine against government advice to keep 2m apart.

Groups of people could also be seen running and stretching their legs in the busy central London park as temperatures rise to 20C today.

In Paddington, a group of men were pictured working out in a tight-knit group while others, who appeared to be personal trainers, gave them advice.

Some were seen using resistance bands anchored to a wall without gloves on.

Cops have warned anyone who refuses to follow the UK’s lockdown guidelines this weekend will be arrested.

Under the drastic measures, Brits are expected to stay indoors and only go outside for essential shopping trips, medical reasons, one stint of daily exercise and to work from home if possible.

Anyone who flouts the new crackdown will face fines of up to £1,000 or even arrest when cops are given emergency powers.

Boris Johnson also urged Brits to not go out and enjoy the sunshine this weekend as he revealed he was staying in isolation because he is still sick with coronavirus.

Britain is set for a mini April heatwave with temperatures up to 20C.

But Boris said: “I just want to say one crucial thing, to everybody thinking about this weekend and what may be some fine weather.

“I reckon a lot of people will be starting to think that this is all going on for quite a long time and they’d rather be getting out.

“Everyone may be getting a bit stir crazy.

Coronavirus: Trump seems to undercut US spies on virus origins