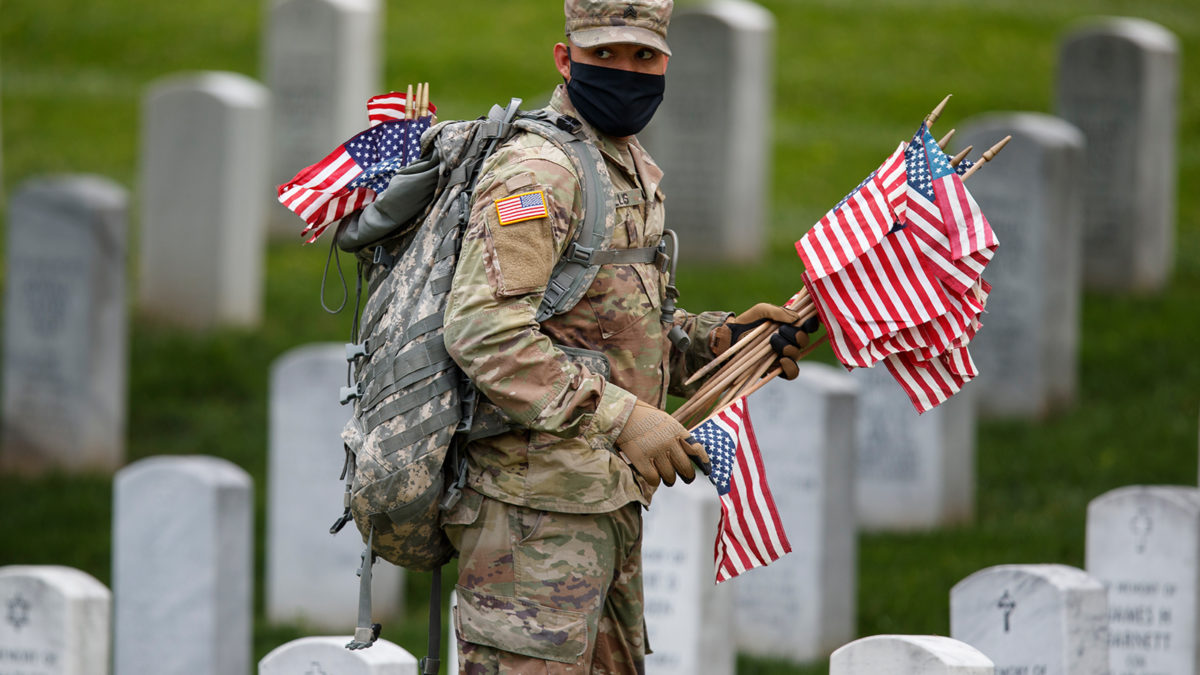 Wearing a face mask, a member of the 3rd U.S. Infantry Regiment also known as The Old Guard, places flags in front of each headstone for "Flags-In" at Arlington National Cemetery in Arlington, Va., Thursday, May 21, 2020, to honor the Nation's fallen military heroes ahead of Memorial Day. (AP Photo/Carolyn Kaster)

The coronavirus epidemic is far from over in the United States, with just 4% of Americans having been infected, according to a team of disease modelers at London’s Imperial College in the United Kingdom.

Even in the worst affected states, less than a quarter of the population has been infected, they wrote in a report, which was posted on the university’s website.

In New York, about 16.6% of people have been infected, compared to about 1% in California and less than 1% in Maine, the researchers said.

“Our estimates suggest that the epidemic is not under control in much of the US,” they wrote, adding that “caution must be taken in loosening current restrictions if effective additional measures are not put in place.”

“We predict that deaths over the next two-month period could exceed current cumulative deaths by greater than two-fold,” they added.

Only a few states appear to have epidemics under control. The researchers measured this by looking at the virus’ reproduction rate — a rate of 1 means each infected person is only transmitting the virus to one other person. The higher the rate, the more people are getting infected.

The states that have a rate of less than 1 include Montana, Hawaii, Wyoming, Alaska, West Virginia, Vermont, Idaho, North Dakota and Maine.

States with the highest reproductions rates are Colorado, Arizona, Texas, Minnesota, Iowa, Illinois and Ohio, according to the researchers.