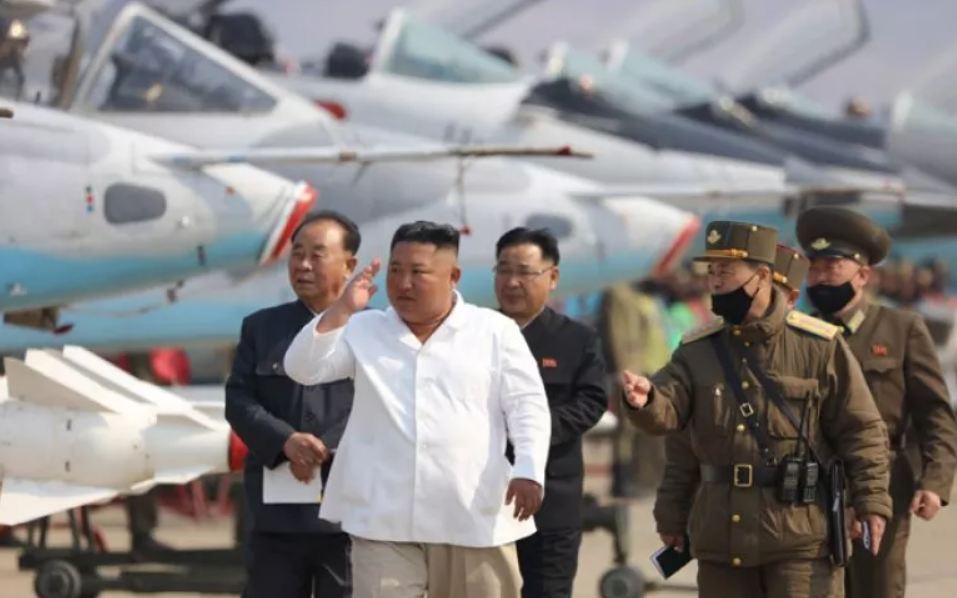 The North Korean ruler’s failure to attend this year’s April 15 national Day of the Sun celebrations commemorating his grandfather, late leader Kim Il Sung, raised speculation about his well-being, especially amid a global pandemic that North Korea said claimed has not hit the country. Kim Jong Un has disappeared from the spotlight before, notably during an absence in 2014 that lasted longer than a month and also prompted rumors regarding his health. However, this absence has been noted by international media as odd.

The South Korea-based online newspaper Daily NK, a largely North Korean defector-run outlet that receives funding from the U.S. Congress-linked National Endowment for Democracy among other institutions, first reported Monday that Kim Jong Un had undergone cardiovascular surgery on April 12 and was recovering at a villa at Mount Kumgang in eastern Hyangsan province, citing an anonymous source within North Korea. CNN later cited an unnamed U.S. official saying the United States was monitoring intelligence that the young ruler could be in grave danger following a procedure.

One senior U.S. intelligence official told Newsweek Tuesday that the intelligence community “currently has no supporting evidence” about reports that Kim Jong Un’s health was in danger, “but is continuing to monitor reports from regional partners and Korean press.”

The official told Newsweek that the last proof of life for the North Korean ruler was on April 18 and said they could not definitely comment on his current state of health.

The Blue House said earlier Tuesday it had monitored no unusual activity regarding Kim Jong Un’s health and that the country appeared to be conducting its affairs as usual, echoing unnamed South Korean officials previously cited by the Yonhap News Agency. Chinese Foreign Ministry spokesperson Geng Shuang said Tuesday he was aware of reports concerning the North Korean ruler’s health, but questioned their sourcing and Russian presidential spokesperson Dmitry Peskov told state media that the Kremlin was awaiting official information.

White House national security adviser Robert O’Brien told reporters on Tuesday that President Donald Trump’s administration was “monitoring these reports very closely” regarding the North Korean leader’s health, but noted that North Korea “was parsimonious about the information they provide about many things, including the health of Kim Jong Un.”

North Korea is known for maintaining a tight grip on the flow of information to and from the country, making it difficult to obtain or verify media not closely curated by the government. The senior U.S. intelligence official told Newsweek that it was “hard to tell” exactly the state of Kim Jong Un’s condition due to a lack of reporting coming out of North Korea, but stated that “their military status remains the same, which is the biggest indicator.” In a heavily-militarized society like North Korea, the activity of the armed forces often signals major events.

Kim Jong Un assumed the head of the country after the 2011 death of his father, Kim Jong Il, who inherited the position from his own father, who died in 1994. He was believed to be the world’s youngest world leader when he took over at the suspected age of 27.

Experts and observers have for years speculated about what would happen if Kim Jong Un died because he appeared to have not established a clear line of succession.

When asked about possible successors, O’Brien said Tuesday the “basic assumption would be maybe it would be someone in the family, but again it’s too early to talk about that because we don’t know what condition Chairman Kim is in and we’ll have to see how it plays out.”

Joseph DeTrani, a former Central Intelligence Agency officer and special envoy for multilateral North Korea talks who now serves as head of the Arlington-based Intelligence and National Security Alliance think tank, said the recent rise of Kim Jong Un’s sister, Kim Yo Jong, was important to maintaining the continuity of the Kim dynasty.

“At the April Party meeting, he promoted his sister, Kim Yo Jong, to the Politburo as an alternate member. So, the Kim family, at least in name, will still be viewed by the public as in command,” DeTrani told Newsweek.

Coronavirus: Trump terminates US relationship with WHO