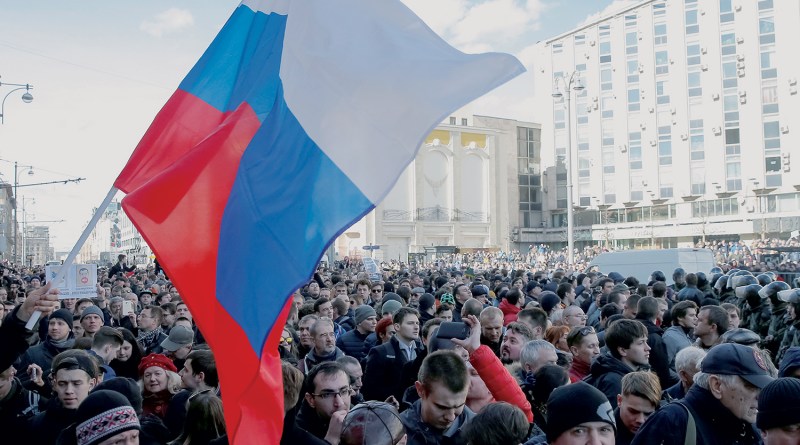 Thousands of people around Russia have joined unauthorised rallies to protest against the detention of jailed opposition leader Alexei Navalny.

They are calling for Navalny, who has been on hunger strike for weeks, to receive proper medical care. More than 1,000 people were reportedly arrested.

Navalny, 44, was jailed in February and is demanding medical attention for acute back pain and leg numbness.

The largest protest was in Moscow, but others took place in major cities.

These included St Petersburg, Vladivostok in the Far East, a number of cities in Siberia, and the central city of Vladimir where Navalny is being held. 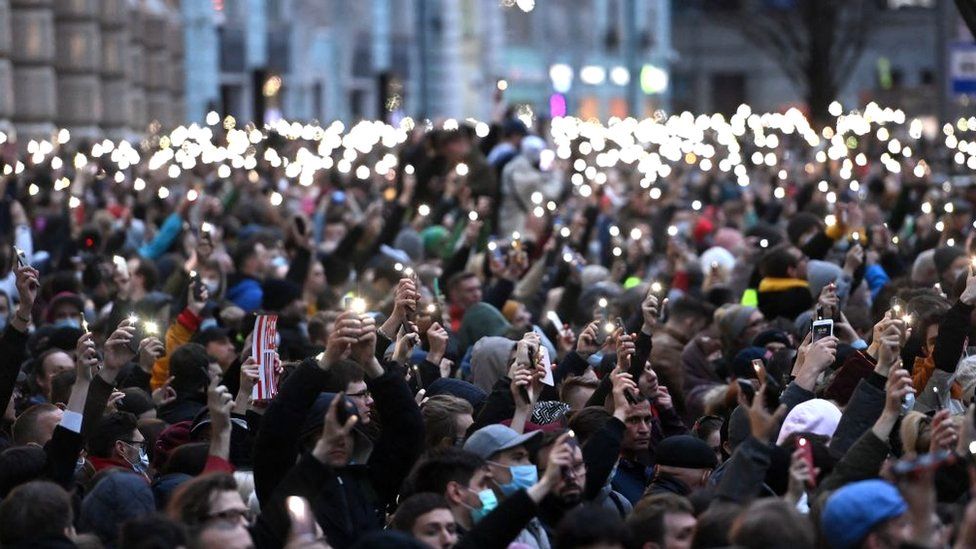 The opposition had hoped Wednesday’s protests would be the largest in years, but reports suggest they have been smaller than those that took place shortly before Navalny was jailed.

More than 14,000 people protested in 29 cities, police said. This included 6,000 people who gathered in Moscow.

But estimates from monitoring groups tend to far exceed official police figures. One such group, OVD-Info, said more than 1,000 people had been detained nationwide.

‘Fight for the future’
“This is one of the last gasps of a free Russia,” one protester told Reuters news agency. “We came out for Alexei.”

“This is a fight for the future,” another demonstrator, Andrei Zamyatin, told AFP.

Others were less hopeful about the impact the mass action could have. “I don’t think this protest can save Navalny,” Alexander Butuzov told AFP. 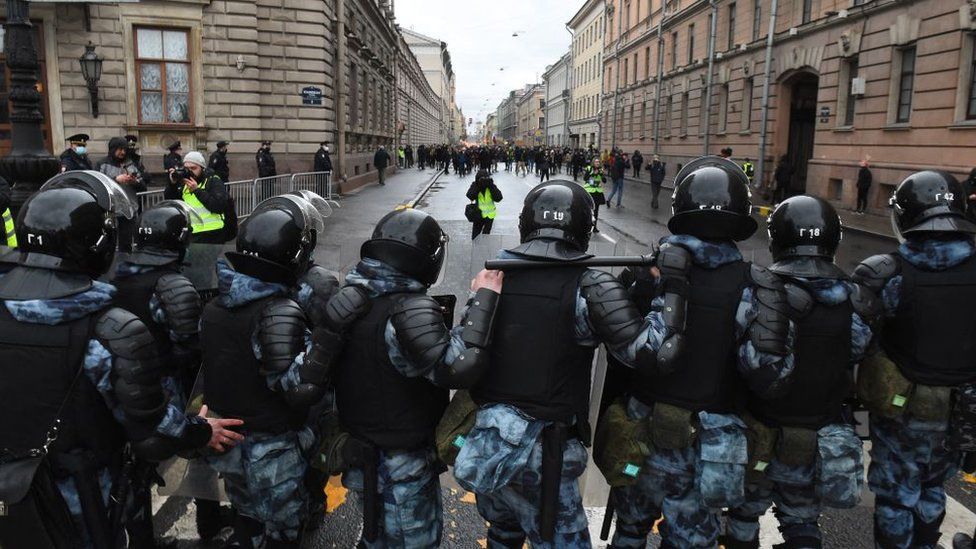 The protesters defied stark warnings from the authorities and a heavy police presence in most major cities.

“Any aggressive actions by participants in unauthorised public meetings, especially attempts to provoke clashes with law enforcement officials, will be regarded as a threat to public safety and immediately suppressed,” the interior ministry said earlier this week.

In Moscow, riot police urged people to leave the protest area and formed barricades to try and contain the demonstrators’ route.

They earlier cordoned off the area around Manezh exhibition hall, where Mr Putin addressed both houses of parliament during his annual state of the nation speech.