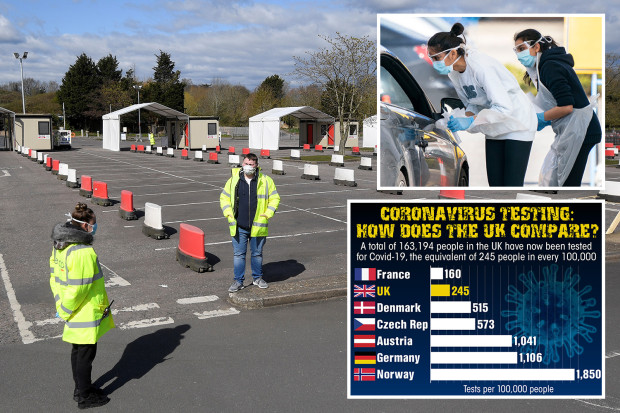 A UK coronavirus test centre sat empty today — as NHS trusts send hundreds of staff swabs to Germany because the results come back twice as fast.

Just 75 workers were tested at drive-through centre Chessington World of Adventures, which shut for lunch. 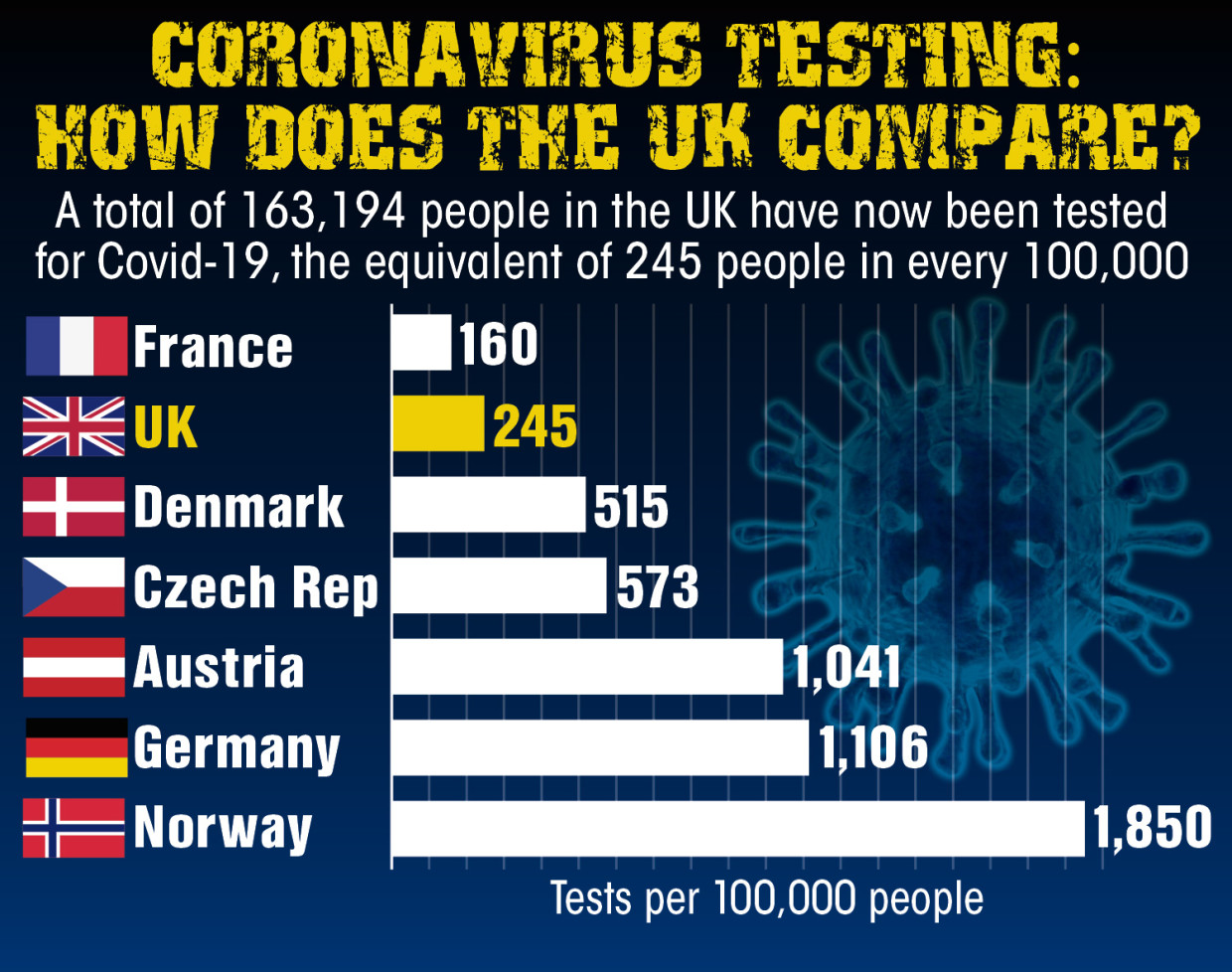 But German labs are flying in and processing swabs on the same day. NHS staff then get their results just two days later.

Total UK daily testing for the virus was 10,657 on Wednesday.

About 5,000 NHS staff out of a frontline workforce of more than 500,000 have been tested since Friday. 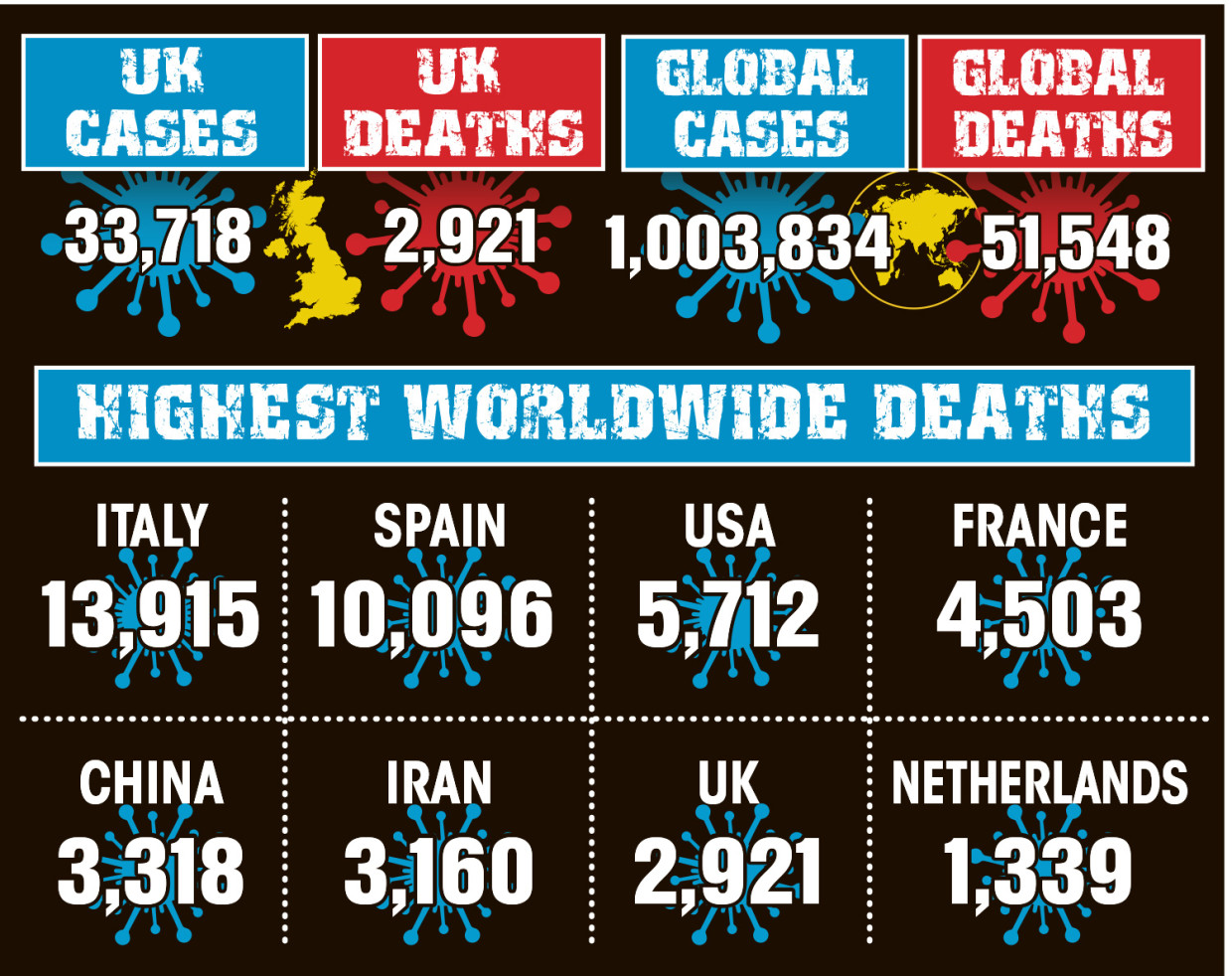 It is estimated 85 per cent of self- ­isolating staff could return to work if given the all-clear.

It includes working with private labs to boost checks on NHS staff — and screening the public to see if they are immune from the virus.

Mr Hancock said the UK did not have a diagnostics industry like Germany, so was building from scratch.

A country-wide shortage of swabs had been resolved.

But there remained a global challenge in sourcing the chemicals needed for kits, he said.

“But I took the decision that the priority has to be patients for whom test results could be the difference between life or death.”

Northampton General Hospital sent samples from 400 staff to the German labs of Eurofins Biomnis on Monday. Results were returned on Wednesday.

Kettering General Hospital and Northamptonshire Healthcare have also been invited to take part.

A source said: “PHE said they’d be able to get results back within 24 hours but they don’t have the capacity for that turnaround.”

Meanwhile the global number of confirmed coronavirus cases passed one million — five months after the virus started in China.

But 180 people were tested in the first two hours at Wembley Ikea, North London. Testers were expecting 700, and could cope with 1,000.

Recovering Prince Charles will today appear by video from his home at Balmoral, to open the NHS Nightingale hospital in London’s ExCeL.

Emergency hospitals were today announced for Bristol and Harrogate.

More than 65,000 people have died from coronavirus in the US