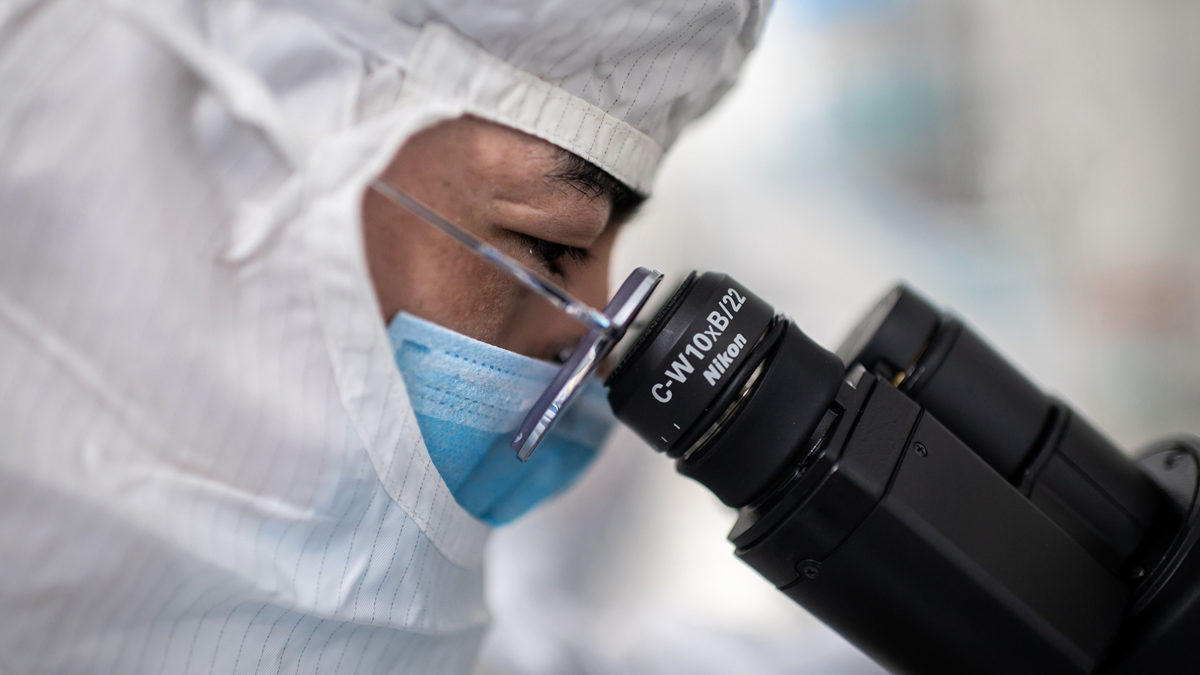 In this picture taken on April 29, 2020, an engineer looks through a microscope at monkey kidney cells as he checks tests on an experimental vaccine for the COVID-19 coronavirus inside the Cells Culture Room laboratory at the Sinovac Biotech facilities in Beijing. - Sinovac Biotech, which is conducting one of the four clinical trials that have been authorised in China, has claimed great progress in its research and promising results among monkeys. (Photo by NICOLAS ASFOURI / AFP) / TO GO WITH Health-virus-China-vaccine,FOCUS by Patrick Baert (Photo by NICOLAS ASFOURI/AFP via Getty Images)

The World Health Organization (WHO) says 102 potential Covid-19 vaccines are in development around the world, according to documents posted on the organization’s website.

Eight of the potential vaccines are approved for clinical trials. That is up from seven vaccines four days ago. The additional group is from China, but it is unclear if they have started trials on human study subjects – the other seven have.

Of the groups approved for clinical trials on humans, four are from China, one is from England, one is American and another is a combined American and European group.

The American National Institutes of Health (NIH) trial was the first to start testing in human trial subjects on March 16.