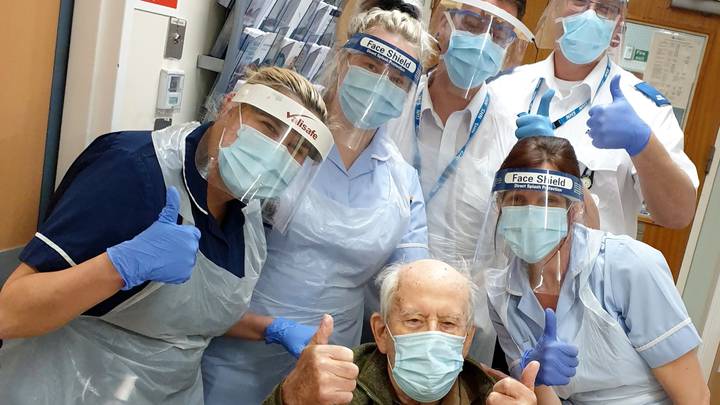 The news at the moment is often grim. We’re well aware. So hopefully this update will make you smile.

A 101-year-old man who tested positive for coronavirus has returned home from hospital after making a full recovery.

Keith Watson, from Worcestershire, was initially admitted for surgery on his leg following a fall and was tested for Covid-19 after developing a high temperature.

“Having gone in for the operation is one thing and then when we learned he tested positive we were thinking the worst,” said his daughter-in-law, Jo Watson. “He’s amazing for his age.”

Mrs Watson said her father-in-law had gone back to his care home after spending two weeks in hospital and is “complaining about the pain in his leg”, but “not anything else”.

A Facebook post from Worcestershire Acute Hospitals NHS Trust with Mr Watson has since been shared more than 3,000 times. 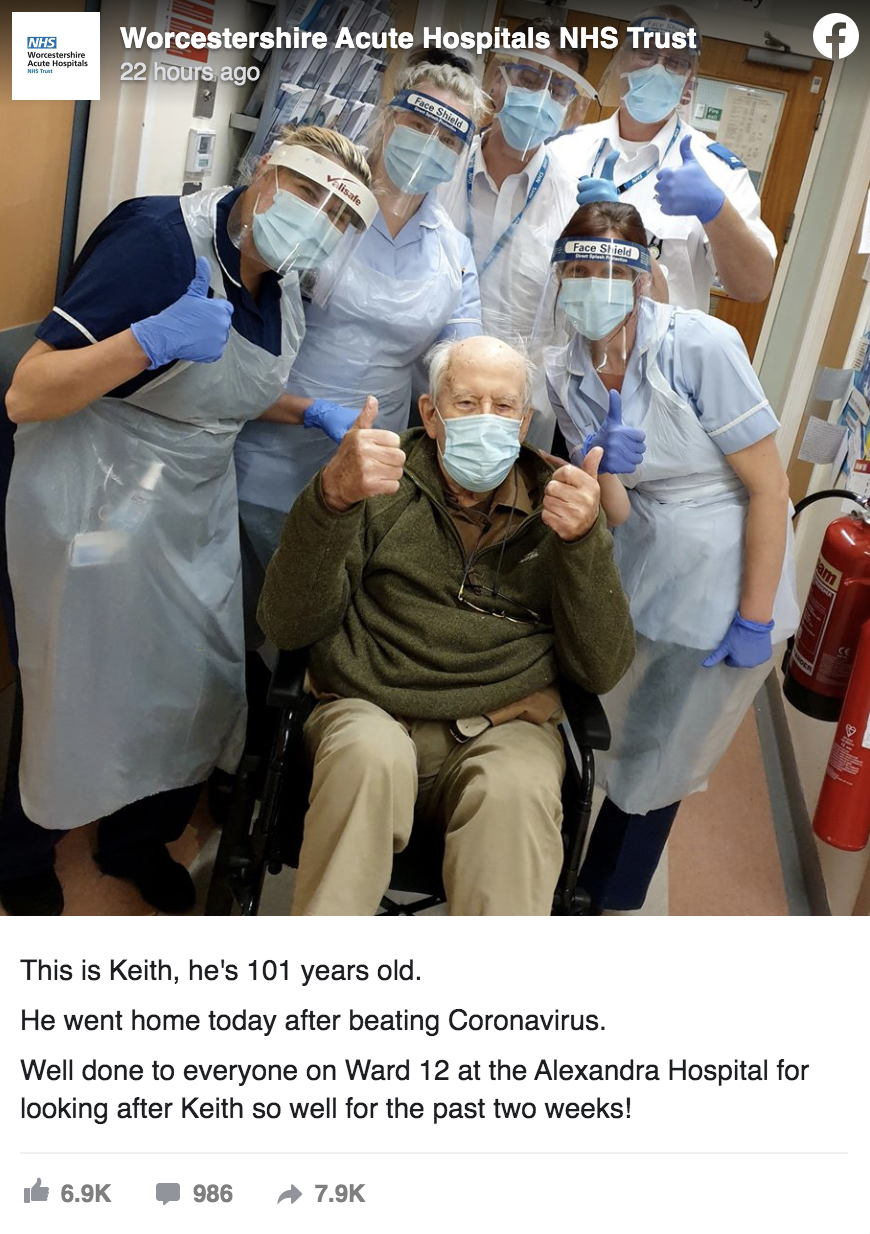