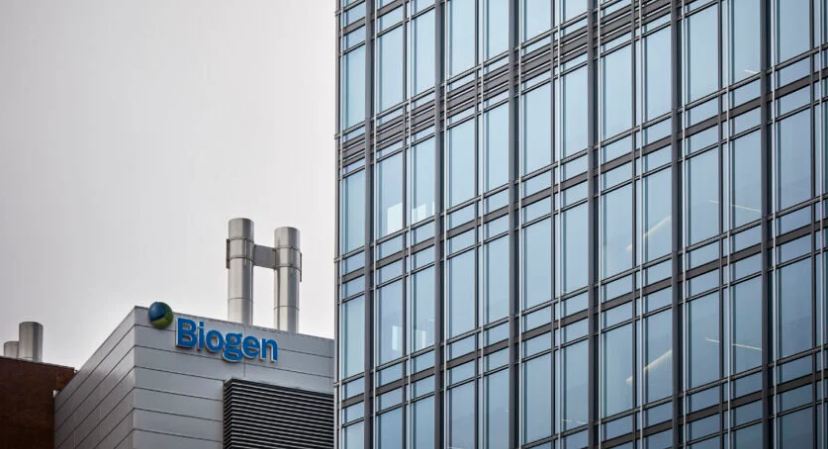 BOSTON — On the first Monday in March, Michel Vounatsos, chief executive of the drug company Biogen, appeared in good spirits. The company’s new Alzheimer’s drug was showing promise after years of setbacks. Revenues had never been higher.

Onstage at an elite health care conference in Boston, Vounatsos touted the drug’s “remarkable journey.” Asked if the coronavirus that was ravaging China would disrupt supply chains and upend the company’s big plans, Vounatsos said no.

But even as he spoke, the virus was already silently spreading among Biogen’s senior executives, who did not know they had been infected days earlier at the company’s annual leadership meeting.

Biogen employees, most feeling healthy, boarded planes full of passengers. They drove home to their families. And they carried the virus to at least six states, the District of Columbia and three countries, outstripping the ability of local public health officials to trace the spread.

The Biogen meeting was one of the earliest examples in the U.S. of what epidemiologists call “superspreading events” of COVID-19, where a small gathering of people leads to a huge number of infections. Unlike the most infamous clusters of cases stemming from a nursing home outside Seattle or a 40th birthday party in Connecticut, the Biogen cluster happened at a meeting of top health care professionals whose job it was to fight disease, not spread it.

“The smartest people in health care and drug development — and they were completely oblivious to the biggest thing that was about to shatter their world,” said John Carroll, editor of Endpoints News, which covers the biotech industry.

The official count of those sickened— 99, including employees and their contacts, according to the Massachusetts Department of Public Health — includes only those who live in that state. The true number across the United States is certainly higher. The first two cases in Indiana were Biogen executives. So was the first known case in Tennessee, and six of the earliest cases in North Carolina.

All the people outside Massachusetts that The New York Times has connected to the cluster have recovered. But it’s impossible to say for certain whether anyone became gravely ill or died from the spread out of the conference.

In hindsight, many people have criticized Biogen’s decision to continue with its leadership meeting in late February, which was attended by vice presidents from European countries already hit by the virus. Others in the industry fault Biogen for being too tight-lipped about the outbreak.

At least two of the company’s senior executives have tested positive. Citing privacy concerns, the company has declined to name them, even as other chief executives in biotech have disclosed their positive tests.

Responding to questions from The New York Times, Vounatsos refused to say even whether he had been tested for COVID-19.

“He is completely focused on employee safety, supplying medicines to patients, and leading the company,” said a Biogen spokesman, David Caouette. “This takes precedence over his personal health status.”

The company has defended its handling of the leadership meeting and its aftermath, saying it made the best decisions it could with the information available at the time.

“For a company whose mission is to save lives, it was very difficult to see our colleagues and community directly affected by this disease,” Vounatsos said in his first public comments about what happened at Biogen. “We would never have knowingly put anyone at risk.”

Founded in 1978 and based near Boston, Biogen helped pioneer the biotechnology industry, specializing in multiple sclerosis drugs. The company is best known now for its work on a promising treatment for Alzheimer’s.

Its experimental drug was seen as a potential holy grail — until the company announced about a year ago that the drug appeared to be a failure in large-scale trials. Patients were devastated. The company’s stock nose-dived.

But last fall, in a stunning reversal, Biogen announced that further analysis of the data suggested the drug actually worked at higher doses. Vounatsos said the company planned to seek approval from the Food and Drug Administration “as soon as possible.” The stock soared; the company pulled in record annual revenues of about $14.4 billion.

By the time of Biogen’s annual leadership meeting on Feb. 26 and 27, spirits were high. So was the pressure to deliver.

Although some other companies canceled international meetings around that time, Biogen never discussed doing so. The outbreak was raging in China but had not yet been declared a worldwide pandemic. As of Feb. 21, the Friday before the meeting, the United States had only 30 confirmed cases, according to data compiled by The Times. Biogen executives in Germany, Switzerland and Italy — where there were just 20 known cases — packed their bags.

On the first night, about 175 executives gathered for a buffet dinner and cocktails at the Marriott Long Wharf overlooking Boston Harbor. Colleagues who hadn’t seen one another in a year shook hands and vied for face time with bosses. Europeans gave customary kisses on both cheeks.