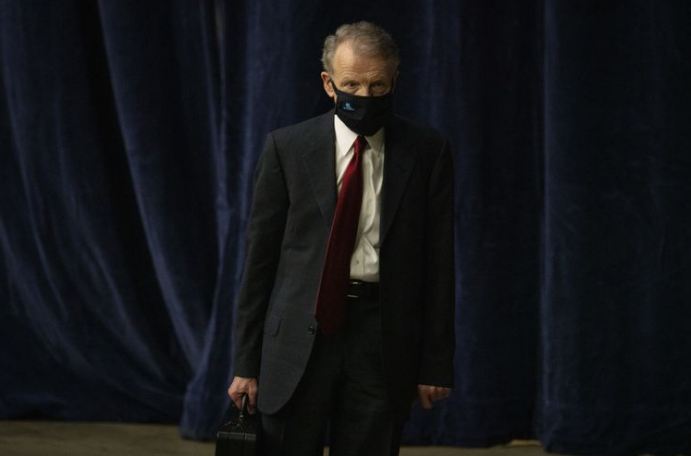 With less than three days to shore up the votes needed to claim another term as House speaker, Michael Madigan on Sunday was confronted with the reality that he lacks support from nearly a third of his 73-member Democratic caucus.

In the first closed-door ballot cast by divided House Democrats, Madigan received 51 votes, sources said, short of the 60 he needs to lengthen a tenure as speaker that stretches back to 1983, save two years of Republican control in the mid-1990s.

Rep. Ann Williams of Chicago has rallied the most support of Madigan’s challengers, garnering 18 votes in the first ballot on Sunday, according to sources. Rep. Stephanie Kifowit of Oswego received three votes and one member voted present.

Just before voting began, Rep. Kathleen Willis, of Addison, a member of Madigan’s leadership team, dropped out and threw her support behind Williams.

Earlier Sunday, the 19 House Democrats who have publicly opposed Madigan hardened their opposition Sunday and pledged to stay united, issuing a statement declaring they will not support Madigan “at any stage of the voting process.”

[Most read] A ‘healthy’ doctor died two weeks after getting a COVID-19 vaccine; CDC is investigating why »
“It is time for new Democratic leadership in the Illinois House,” the 19 lawmakers said in a statement.

The path forward remains unclear ahead of Wednesday’s inauguration of the new General Assembly and public vote for the next speaker. House Democrats are expected to reconvene privately Monday to continue deliberating.

Madigan, whose backing includes the majority of the powerful 22-member House Black Caucus, began to see some of his support peel away this summer after he was implicated in a bribery scheme.

In July, Commonwealth Edison agreed to pay a $200 million fine and acknowledged its role in the scheme aimed at currying favor with Madigan by offering jobs and contracts to his allies in exchange for favorable legislation.