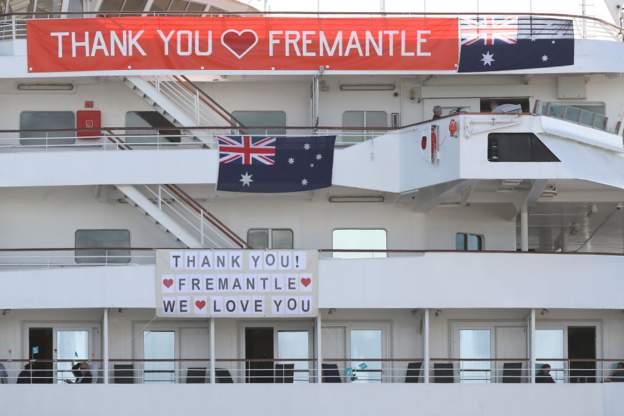 After more than three weeks stranded in Australian waters, the German cruise ship Artania set sail for Europe on Saturday to cheers by locals and relief from officials who had been keen to see the virus-stricken vessel leave the country.

The ship had docked in Fremantle, near Perth in Western Australia, on 27 March when about 25 passengers reported respiratory symptoms. Dozens of passengers later tested positive for Covid-19.

The Artania had defied orders to leave the port after most of the passengers were evacuated and flown home.

On Saturday it left Fremantle for Germany carrying 411 crew and passengers. Western Australia Premier Mark McGowan announced there were three more cases of coronavirus in Western Australia, two of them from the Artania.