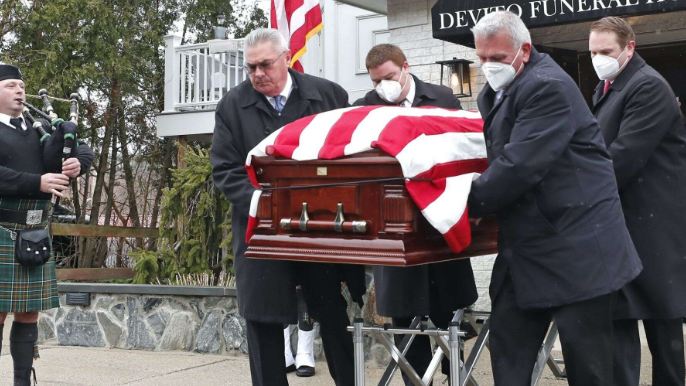 The United States has reached a grim milestone in the fight against coronavirus, passing Italy to become the country with the most deaths in the world.

A tally by Johns Hopkins University showed Saturday that 18,860 people have now died in the U.S. since the start of the outbreak. On Saturday, 2,108 people died in the U.S. in the past 24 hours – the first country in the world to record more than 2,000 deaths in a single day.

The pandemic’s epicenter has long shifted to Europe and the U.S., which also now has by far the largest number of confirmed cases, with more than half a million. It saw more than 35,000 new positive infections in the last 24 hours, according to Johns Hopkins University.

However, experts on the White House’s coronavirus task force suggested the outbreak within America’s borders is starting to level off slowly.

“As encouraging as they are, we have not reached the peak,” Dr. Deborah Birx said Friday.

De Blasio praised teachers for what he said was a heroic effort to teach their students online, a practice that has been met with mixed success as many of the city’s low-income students lack Wi-Fi and devices for connecting to their virtual classrooms.

Hours later, however, Gov. Andrew Cuomo said there had been no decision made on closing the schools yet.

“There’s been no decision on schools,” Cuomo said in Albany at his daily coronavirus briefing.

Cuomo said of de Blasio, “He didn’t close them and he can’t open them.”