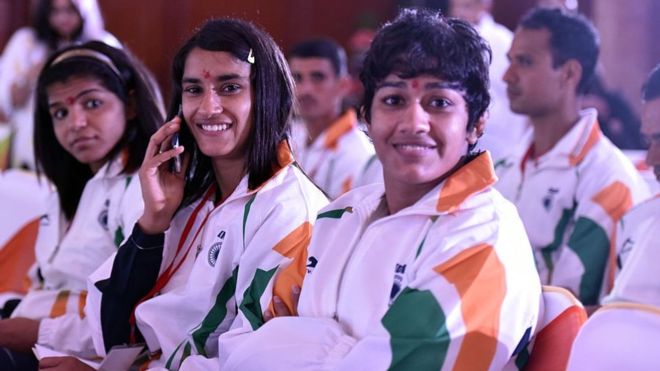 An international medallist and the sister of a Bollywood star have been criticised for tweets attacking Muslims over the spread of coronavirus in India.

A hashtag calling on Twitter to ban wrestler Babita Phogat is trending.

She had used a hashtag derogatory towards Muslims and had said that for India, they were a bigger problem than even the virus.

The trend comes a day after Rangoli Chandel was suspended by Twitter.

Ms Chandel, who is the sister of actress Kangana Ranaut, attracted many complaints after she advocated violence against Muslims and “secular media”, accusing the community of attacking and killing doctors.

There have been some attacks against medical staff but Ms Chandel did not specify what she was referring to. Some videos purporting to show violence “by Muslims” have been discredited.

Phogat’s account has not been suspended, but many people who are using the hashtag asking Twitter to take action said they were tired of the hate. 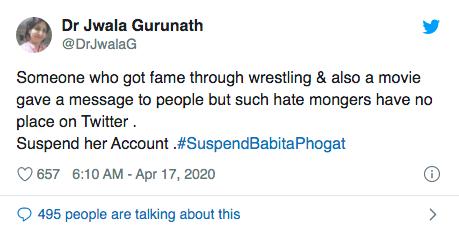 However, hours later a trend supporting her also emerged on Twitter.

India has seen a rise in Islamophobic tweets related to the virus after an event linked to a Muslim body – the Tablighi Jamaat – spawned clusters of Covid-19 cases across the country.

Police have since brought charges of manslaughter against the head of the organisation, saying that he ignored two notices to stop the event after India went into lockdown.

The Tablighi Jamaat has denied all wrongdoing.

However, the news has caused many Indians to associate the spread of the virus with Muslims. Many Muslim vendors and shopkeepers have complained that people no longer trade with them, and have even chased them away.

The government has called for an end to divisive tweets and posts, and even taken action against some people.