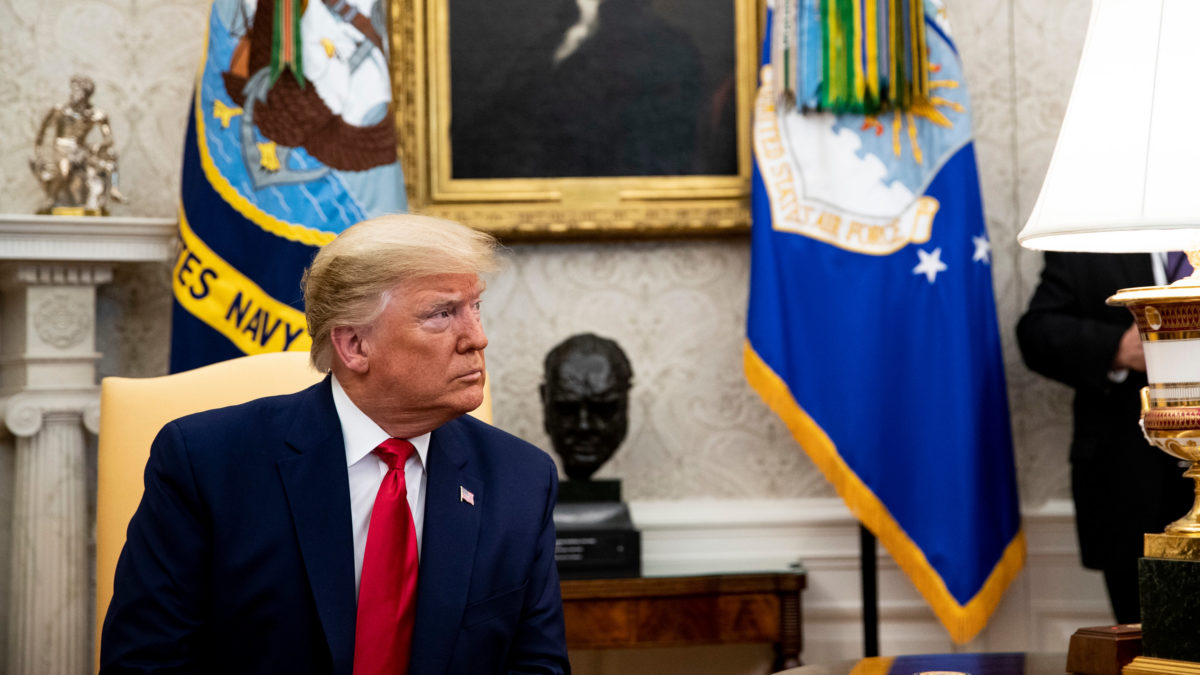 Sports fans looking toward football season this fall as a reward for months sheltered amid a global pandemic had cold water thrown on those hopes Saturday.

While President Donald Trump reportedly said he believes the NFL season can start as scheduled, Gov. Gavin Newsom responded that California residents shouldn’t count on seeing stadiums packed with people this fall as the state digs in for a long fight against the deadly coronavirus.

“I’m not anticipating that happening in this state,” Newsom said when asked Saturday whether he would allow NFL games to be played by September.

“I have a lot of friends that work in Major League Baseball and in the NFL (who) have been asking me” when their leagues will be able to return, Newsom said. His response to them: “I would move very cautiously in that expectation.”

According to ESPN, Trump told NFL commissioner Roger Goodell and the heads of other pro sports leagues during a conference call Saturday that he hopes to have fans back in arenas and stadiums by August and September. Week 1 of the NFL season would start Sept.

Later, at a White House press conference, Trump said he believes sports will return “whenever we’re ready, as soon as we can.”

“I can’t tell you a date but I think it’s going to be sooner rather than later,” he said.

It’s not the first time Trump has predicted public life will return to normal far sooner than health officials expect. Last month he speculated that much of the nation could reopen by Easter, only to walk back that prediction and extend federal social distancing guidelines through April.

Even if efforts to contain COVID-19 show success in the coming months, Newsom said he would not want to move too quickly to ease restrictions on gatherings, citing the example of businesses in Asia that were allowed to reopen — then hastily closed again — after resurgences of the virus.

“Right now I’m just focusing on the immediate, but that is not something I anticipate happening in the next few months,” Newsom said.

Team officials from the 49ers, Raiders, A’s, Giants, Warriors and Sharks all either deferred comment to league offices or could not immediately be reached Saturday afternoon to respond to Trump and Newsom’s statements.

Levi’s Stadium and all other NFL facilities are closed. The league has put offseason programs on an indefinite hold, and has not yet announced how it will handle its draft, scheduled for later this month.

Sports Illustrated has reported the NBA is exploring the possibility of playing a shortened postseason that would be broadcast from empty venues in Las Vegas, with players isolated to ensure they stay healthy. And MLB officials are looking into having quarantined teams play one another in spring training stadiums in Arizona and Florida without fans in attendance, according to The Athletic.

But even those bare-bones games could be risky.

Public health orders in much of the country now prohibit gatherings of any kind and tell people to stay at least six feet away from anyone they don’t live with. Having dozens of teams, each with dozens of players and coaches, in close contact with one another would obviously violate those orders. Moreover, the resources and testing needed to ensure a rigorous quarantine of athletes could draw supplies away from hospitals and first responders, who are already grappling with shortages of life-saving equipment.

Newsom did not address the idea of playing games without fans Saturday, nor did he speak directly to the halted NBA or NHL seasons. A spokesman for the governor declined to answer follow-up questions.

How the First COVID-19 Vaccinations Rolled Out at Hospitals Across the U.S.