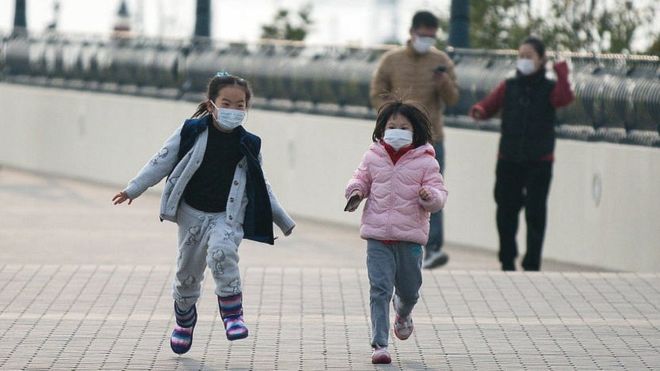 So far, the health message has been clear – the older you are, the more at risk you are from coronavirus. But the World Health Organization (WHO) has warned young people not to view themselves as “invincible”.

Dr Rosena Allin-Khan, a Labour MP and A&E doctor, told the BBC the illness was “not simply limited to the elderly and those with underlying health conditions”.

She was speaking the day after news an 18-year-old with an underlying health condition died of the virus in England. They are thought to be the youngest person with the virus to have died in the UK so far.

Dr Allin-Khan said she had treated previously “fit and well” patients in their 30s and 40s who were now in intensive care and “fighting for their lives”.

So what are the risks at different ages?
It remains the case that, overall, older people are the most at risk.

Researchers at Imperial College London found a clear link between age and the likelihood of being hospitalised with coronavirus. And older people were also much more likely, once hospitalised, to need critical care.

Fewer than 5% of under-50s needed to be hospitalised because of their symptoms, but this rose to 24% for 70-79-year-olds.

This soared to 71% for people over the age of 80, according to estimates based on cases in China and Italy – two of the worst-affected countries.

The average age of people being admitted to critical care units in England, Wales and Northern Ireland was 63, an audit by a research charity suggested.

Meanwhile, the US’s Centers for Disease Control and Prevention (CDC) said early data suggested 53% of those people hospitalised were over 55 – which means about half were younger.

But when it comes to admissions to intensive care units and fatalities, a far higher proportion were in the oldest age categories (about 80% of fatalities were among the over-65s). 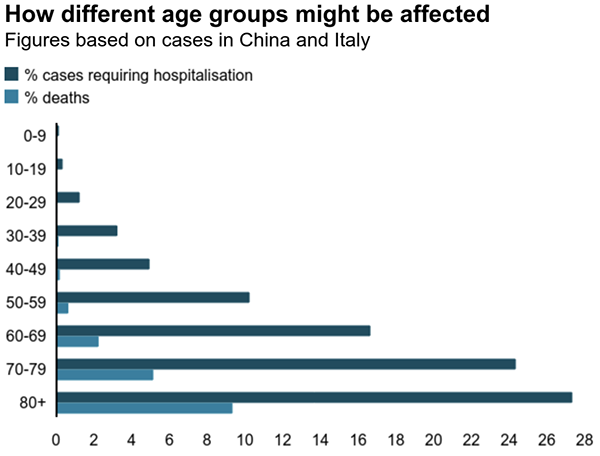 Individuals aren’t the average
These are averages, so within that there will be younger people who do unfortunately suffer more severe bouts of the illness, and some of these cases have been fatal.

Director of the US National Institute of Allergy and Infectious Diseases, Anthony Fauci, said the total number of deaths were “overwhelmingly weighted toward the elderly and those with underlying conditions” but added that the virus “isn’t a mathematical formula”. 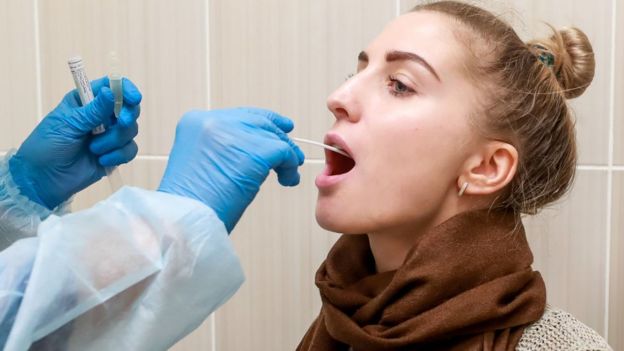 The WHO says “although the evidence we have suggests that those over 60 are at highest risk, young people, including children, have died”.

A Chinese study of more than 2,000 children who had contracted the virus found that “although clinical manifestations of children’s Covid-19 cases were generally less severe than those of adults’ patients, young children, particularly infants, were vulnerable to infection”.

For example, there are about 4.3 million adults in the UK who have asthma, which puts you at higher risk of severe illness if you contract coronavirus – and this affects people of all ages.

In 2013, the last time the Office for National Statistics conducted a general lifestyle survey, 21% of 25-44-year-olds reported having a longstanding illness of some kind.

Some may have underlying conditions they’re not aware of.

Stop the spread
And while younger people might be less likely to become severely ill, they can just as easily spread the virus to others.

They may have no, or very mild, symptoms and not realise they are infectious.

And coronavirus seems to be considerably more infectious than flu – each person with the virus, on average, passes it on to between two and three other people, experts estimate.

Those two or three people can pass in on to another two or three more people each, and so on. This means a seemingly small number of people quickly turns into hundreds and thousands.

Anthony Fauci: The face of America's fight against coronavirus