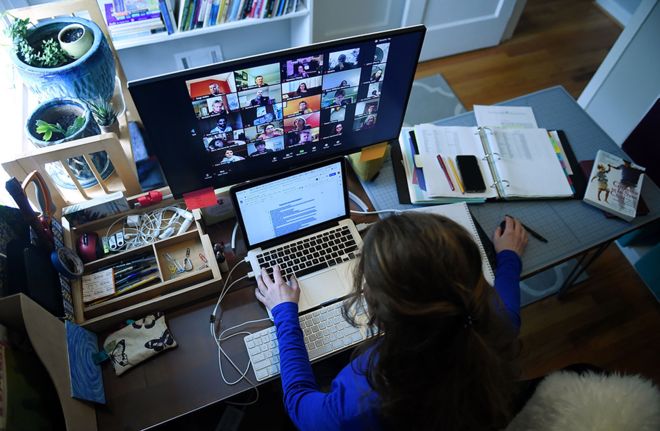 The aftermath of the Covid-19 crisis will transform the way we live, work and travel in the UK, the AA says.

It predicts a permanent reduction in the demand for travel because people have learned during the crisis to use home-working technology.

The implications are profound for commuters and for government finances.

The chancellor currently plans to spend £27bn to curb congestion on roads and £100bn on HS2 – but if demand falls, that may not be needed.

AA President Edmund King says anecdotal evidence from people lucky enough to be working during the coronavirus-enforced lockdown suggests that infrastructure funds might be better spent on broadband to support home working.

‘Roads like Christmas’
He told BBC News: “Arguably in future, we should invest more in broadband because what this current crisis has shown is that the majority of companies can continue working from home, and it can be more efficient.”

But the government’s former infrastructure tsar, Andrew Adonis, said it was too soon to forecast a permanent drop in traffic due to an increase in home working.

He told us: “Lots of people are working out how to use Skype and Zoom, so this could improve productivity – but on the other hand, other people can’t wait to get back to the office.

Other experts are calling for the roads programme and HS2 rail project to be put on hold for a decade so ministers can be sure they’re not wasting money.

They say if commuters spend just one day a week working from home after the crisis – or commuting later – the roads will be as empty as they are in the school holidays.

If transport infrastructure plans are scrapped or scaled down, that could also help plug the inevitable gulf in public finances caused by the virus.

Mr King continued: “It really is extraordinary. Every day is like Christmas Day since the lockdown.

“People travelling up and down motorways just to hold meetings is inefficient, expensive and not good for the environment. I think use of roads and rail and indeed bus will be reduced after this crisis.”

He told BBC News that post-Covid-19, an actual fall in traffic was more likely.

He said: “The likely drop in traffic levels post the Covid-19 crisis means that we should delay the road expansion programme and focus instead on rebuilding public transport and switching more of our vehicles to zero emissions.”

He also points out that the number of peak-hour commuter journeys was already falling before the crisis, as people choose to work one or two days at home, or simply to come in after rush hour.

A global survey by the infrastructure architects Weston & Williamson of more than 2,000 commuters in 10 major cities showed a pre-coronavirus reduction in commuting of 2-5%, as 60% of managers and professionals were already working partly from home.

“Fewer people have been travelling at rush hour but although the numbers are just a few percent they are significant numbers – from New York to Los Angeles, to Paris or Berlin. So it’s quite a trend,” said the firm’s co-founder Chris Williamson. 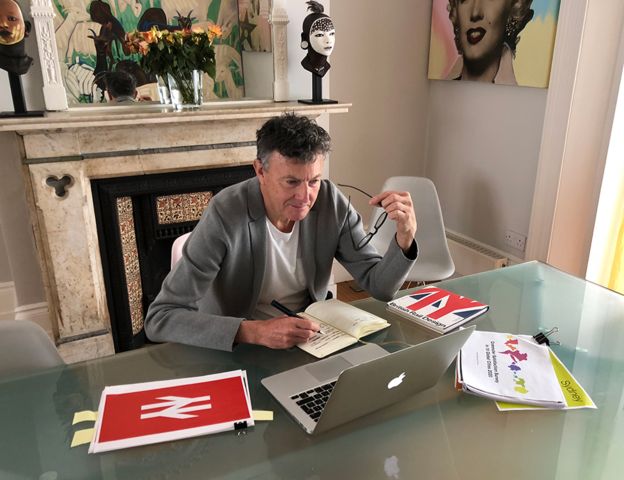 He himself is working from home in North London – and loving it. “I feel a bit like Jimmy Stewart in Rear Window,” he said. “I can see just one window but it’s really nice – and it’s a new way of working.

“In the next few weeks I had six tours booked to go to architecture schools for recruitment. All the visits have been cancelled so I’m going to record it and share it online.

“The students can watch it at their leisure and then I can do a live Q&A. It saves me an awful lot of travelling and it’s something I should have thought of previously.

“Five years ago I was invited for an interview for a job in Singapore and we were told in no uncertain terms if we didn’t go for the interview, we would not get the job.

“It was ridiculous – nine hours there and nine hours back for a 25-minute presentation. I think those days, and crazy demands are over, and now it will be done through technology.”

Silence with the lambs
There’s a story in similar vein from Deborah Caldwell, a solicitor whose office is in Milton Keynes, but who lives in Hampshire. She was commuting two-and-a-half hours a day on average.

Now her home study overlooks quiet fields where lambs are frolicking – and she says she’s transformed the defunct commuting time into working time.

“It’s so much better,” she says. “I was exhausted by the travelling to get to the office. Luckily my firm was already good with flexible working, but I would be amazed if other firms haven’t yet cottoned on to the possibilities of remote working.”

It’s clear that some workers will be more highly motivated than others – and some will need the stimulus (or supervision) of an office environment.

But some major firms are already gearing up for a home/work revolution. 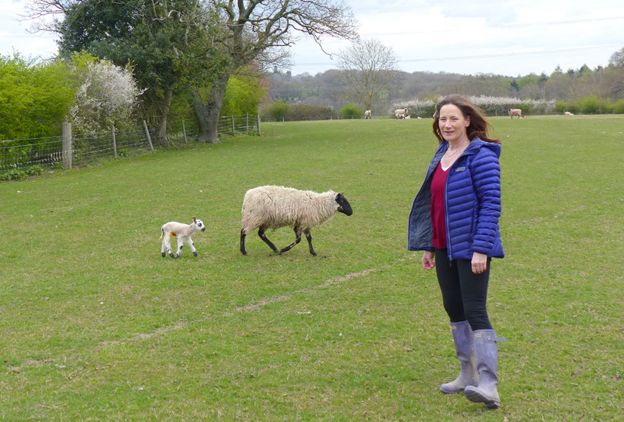 A senior partner of a leading professional services firm, who didn’t want to be named, told me they were helping their employees to set up for working at home – and they didn’t expect to revert to previous office-based patterns of work.

“First,” he said, “it’s better for our employees. We can offer much more flexible conditions – which will suit a lot of people.

“It will have to be a two-way street, and if people want only to work five hours a day we’ll want to pay them five hours’ worth of salary.

“But also it’s going to save us a fortune in office costs. And the technology will open the opportunity for firms to bid for work at a distance.

“There are some very big changes under way in the way we work – and they have deep implications.”

Indeed, research from accountants Theta Financial Reporting suggests that some degree of working from home will become the norm.

A survey of more than 2,000 people in the UK suggests that nearly two-thirds of us believe the most popular working method in the future will be flexible working.

It says many people now say that flexible hours are the most important thing to them when choosing a job.

And it suggests a third of working Brits would rather have flexible working options than a pay rise.

It is indeed too soon to tell whether a work revolution is under way – but it would be convenient for the Treasury if it was.

Coronavirus: India's bailout may not be enough to save economy

Fact check: Trump falsely claims, again, that anybody who wants a test can get one