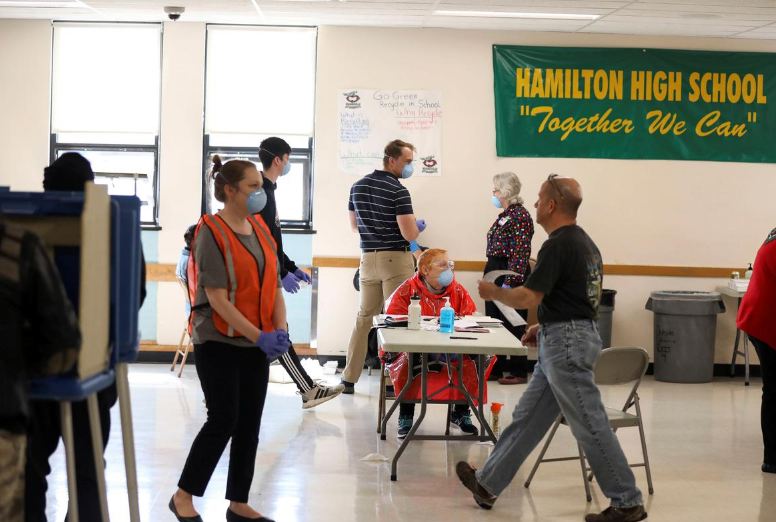 Come November, when Republican President Donald Trump is up for re-election, Jaglowski, a 47-year-old Democrat in Milwaukee, says she will be even more determined to vote, even if the deadly virus continues to ravage her community.

“He’s half the reason we’re in this mess right now,” she said, criticizing Trump for downplaying the threat of COVID-19 before it hit the country hard. “If I have to wait in line for 12 hours, in a storm, I don’t care. I’m voting for whoever can get Trump out.”

After three years in the White House, this much about Trump is clear: Those who want to deny him the presidency are much more determined to vote now than they were four years ago.

Democrats’ intention to vote is also rising more than it is among Republicans, both nationally and in historically competitive battleground states like Wisconsin that Trump narrowly won in 2016, according to more than 66,000 U.S. adults who took the Reuters/Ipsos online poll in the first quarter of 2020 or 2016.

The highly motivated opposition is another sign of trouble for Trump, who saw his chief argument for re-election – a soaring economy and record-low unemployment – evaporate amid a health crisis that has put millions of Americans out of work.

Even before the pandemic, Trump struggled to woo independents and moderates he would need to win November’s election, and recent polls showed Trump trailing presumptive Democratic nominee Joe Biden by several points nationwide, as well as in battleground states such as Arizona and Michigan.

According to the Reuters/Ipsos poll, 70% of Democrats said they were “certain” to vote in the upcoming presidential election, 9 percentage points higher than in the first quarter of 2016.

Among Republicans, the increase from 2016 was much smaller – 3 percentage points – with 71% saying they will vote in November.

Trump holes up at White House as protests tear through US