Home > News > World > Trump halts funding to WHO. Experts say we need it more than ever 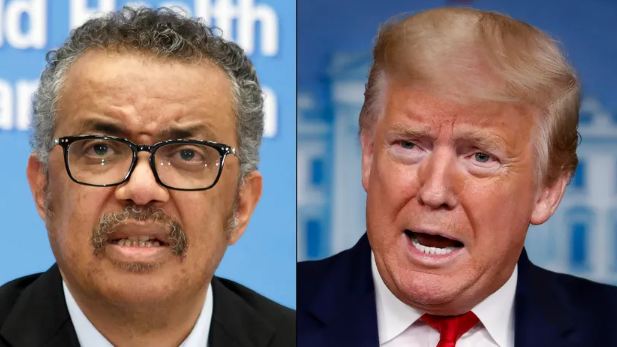 In the middle of the worst global pandemic in decades, President Donald Trump halted funding to the World Health Organization Tuesday while his administration investigates what he called the health body’s “severe” mismanagement of its coronavirus response.

Trump accused the United Nations agency of “failing in its basic duty” by covering up the spread of the virus after it emerged in China and acting too slowly and in Beijing’s favor. “We have deep concerns about whether America’s generosity has been put to the best use possible,” Trump said in a Rose Garden news conference.

But public health experts say while the WHO is far from perfect, and that some of his claims may merit investigation, Trump is threatening the WHO and pushing ahead with his war on multilateralism when support for the alliance is needed more than ever. The action comes as Trump has tried in daily press conferences to deflect criticism of his response to an outbreak that has killed more than 26,000 Americans.

“You can look at the 2014 Ebola outbreak in West Africa, where the WHO didn’t perform well,” said Michael Merson, who for many years directed its global program on AIDS prevention. “Most UN agencies have had problems. It’s not a secret,” he said.

“But the WHO’s role is critical right now,” Merson said. “It’s not time for a blame-game.”

In addition to accusing the WHO of not moving quickly enough to sound the alarm over coronavirus during the initial outbreak in Wuhan, China, Trump has criticized what he has described as the agency’s poor guidance on travel bans from China. He has accused it of being too deferential to Beijing despite its track record for misinformation.

“So much death has been caused by their mistakes,” he said Tuesday.