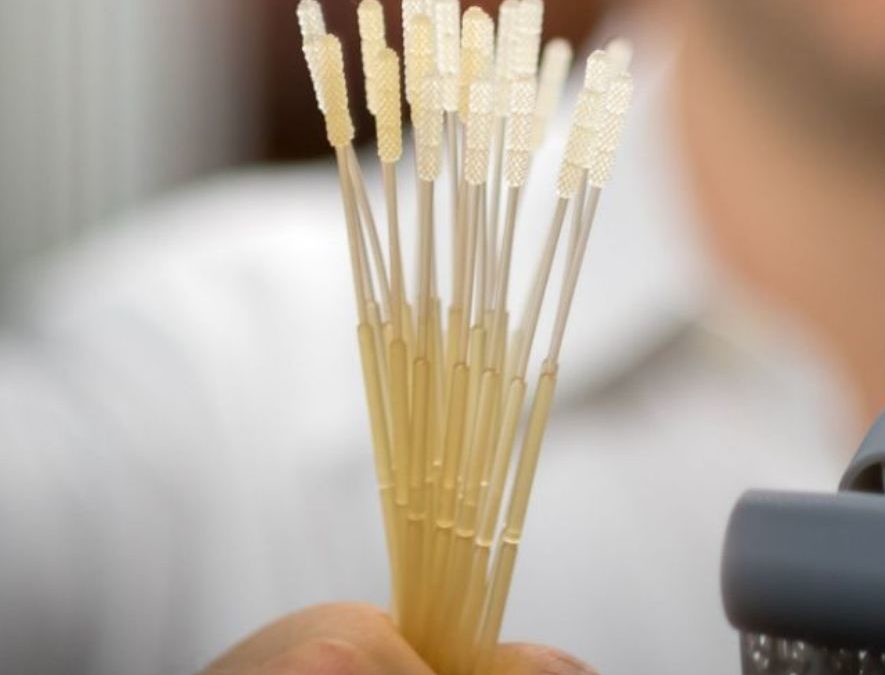 The coronavirus pandemic which has infected more than half a million people and killed at least 25,000 has been an obstacle for the global supply chain following the shutdown in China.

Though China has begun to restart its factories, in other countries closed borders and lockdowns have thrown the supply chain into flux, prompting the FDA to allow alternatives and forcing health systems to get creative— especially as demand for testing equipment rises with the increased testing in the U.S.

Northwell came up with the design and began testing patients with them within days. To test the accuracy of the printed swabs, the clinicians used both industrial swabs and 3D-printed swabs on each patient and then sent them both to the lab to compare the results. On Friday, the results came back — both swabs produced similar results.

The high risk of outbreak in the New York region led to a shuttering of the health system’s research institute, which resulted in the pre-clinical testing relying on a partnership with the University of South Florida in Tampa.

Northwell can now produce up to 1,500 swabs per day using eight printers, and is offering the product’s code for free to any health system or lab with the same printer to use, according to Goldstein.