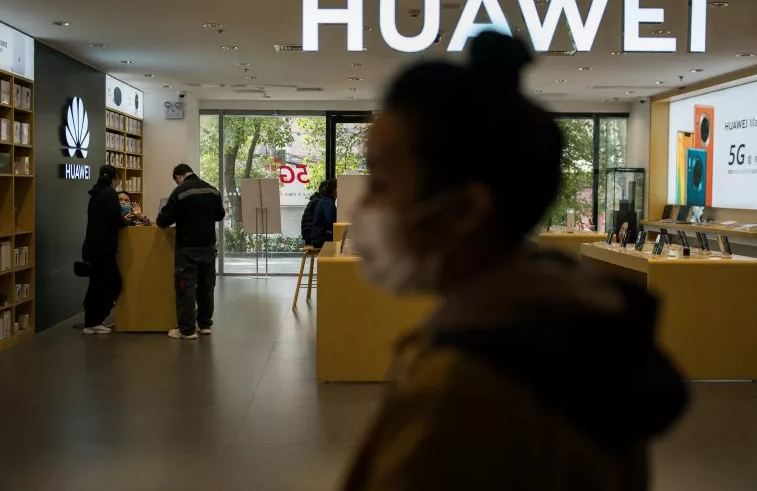 hinese telecommunications giant Huawei Technologies Co., Ltd. has quietly donated shipments of much-needed coronavirus protective masks and other medical equipment to Canada amid the global pandemic. While their generosity has been accepted and appreciated by Canadian Prime Minister Justin Trudeau, U.S. lawmakers from both parties said they were concerned about this display of Chinese soft power in America’s backyard.

Amid a global pandemic that has depleted hospital supplies of personal protective equipment, Huawei has reportedly been flying large quantities of medical supplies to Canadian provinces, including more than a million masks, 50,000 gloves and 30,000 goggles. Additionally, the technology giant plans to send roughly five million more masks, a small portion of which are N95 respirators.

“This Administration’s retreat from multilateralism has been a boon for Chinese soft power,” Virginia Senator Mark Warner (D) told Newsweek. “This latest display by Huawei, almost certainly done in coordination with the Chinese government, is no exception.”

READ MORE
Why U.S. and China Can’t Team Up to Defeat the Coronavirus Outbreak
Huawei Had No Legal Ground to Sue U.S. Government, Judge Rules
House Republicans Blast U.K.’s ‘Dangerous’ Huawei 5G Decision
The U.S. has “historically been a leader in responding to global emergencies, but with President Donald Trump’s retreat from the world stage, we’re seeing the Chinese government, and its proxies, fill the void,” Warner said.

Last Friday, Trump invoked his authority under the 1950 Defense Production Act to prevent 3M from exporting N95 masks and to prioritize the U.S. federal government. The move caused strained relations with Canada, and after some complaints by Trudeau, 3M said Monday they had reached an agreement with the Trump administration to continue shipping some supplies to Canada and Latin America.

Huawei’s gifts come as the company seeks approval from Canadian courts to install 5G technology in the country’s mobile networks. The company’s officials have been lobbying the Canadian federal government to be permitted access to the network, but they are prohibited from 5G networks in three Five Eyes allies over fears the company may use it to spy for the Chinese government. Five Eyes is an intelligence alliance comprising of Australia, Canada, New Zealand, the U.K., and U.S.

China’s critics, who have accused the nation in recent months of downplaying the real impact of COVID-19—including the virus’ domestic infection and death rate—have condemned the donations as both an attempt to lobby for their 5G influence and to hide their alleged crimes.

He also said: “We all must do everything in our power to protect international security and keep Huawei out of markets.”

Bipartisan lawmakers in Washington have long expressed concerns over Huawei’s ties to Beijing and the security risks associated with purchasing the company’s network equipment. In 2019, Susan Rice, who served as U.S. national security advisor under former President Barack Obama, urged Canada not to allow the company to work on their 5G networks. “It’s hard for me to emphasize adequately without getting into classified terrain how serious it is,” Rice told The National.

During Tuesday’s coronavirus briefing, Trudeau announced that Huawei’s donations will have no bearing on the company’s efforts to obtain access to their 5G rollout. “Receiving goods from a particular company won’t necessarily imply at all that we regard different situations with that company any differently in the future,” he said.

Canada’s intelligence committee published a report in March about foreign interference in the country’s political and cultural life. The heavily redacted report pointed to Russia and People’s Republic of China as the two countries doing the most to interfere with political discourse in Canada by influencing the media, ethnic minorities and through various other means.

Huawei’s personal protective equipment (PPE) donations also come as the company continues to fight for the release of Meng Wanzhou, its chief financial officer, who was arrested at Vancouver International Airport in December 2018. The U.S. is seeking Meng’s extradition on bank fraud charges relating to the company’s business dealings in Iran, which America claims is in alleged breach of their sanctions.

Steve Tsang, director of SOAS China Institute, told Newsweek that Huawei’s “mask diplomacy” is so “blatant, recipients know it for what it is,” adding that the U.S. should not be “concerned about Huawei’s unsophisticated attempt to buy Canadian goodwill with ulterior motives.”

“I would be surprised if Canada or the British Columbia governments do not see this clearly,” he added. “In any case, the extradition of Meng Wenzhou is a judicial process, and the Canadian judiciary can be relied upon to act independently and not for political purposes.”

Nicolas Weaver, staff researcher at the International Computer Science Institute, University of California, Berkeley, echoed Tsang’s remarks. “[Huawei] may be under criminal indictment, they are fundamentally untrustworthy if your adversary is Chinese intelligence. But I have no reason to think this is any different than Apple, which is doing the same thing: it is really good PR, it doesn’t actually cost that much money,” Weaver told Newsweek.

Huawei claims that there are no ulterior motives attached to their PPE donations to Canada.

“Huawei will continue to provide medical masks and other needed equipment across Canada, but it is not something we wish to promote or publicize,” he said. “We are simply trying to help, there is no ulterior motive. In times of crisis, we all need to pull together.”