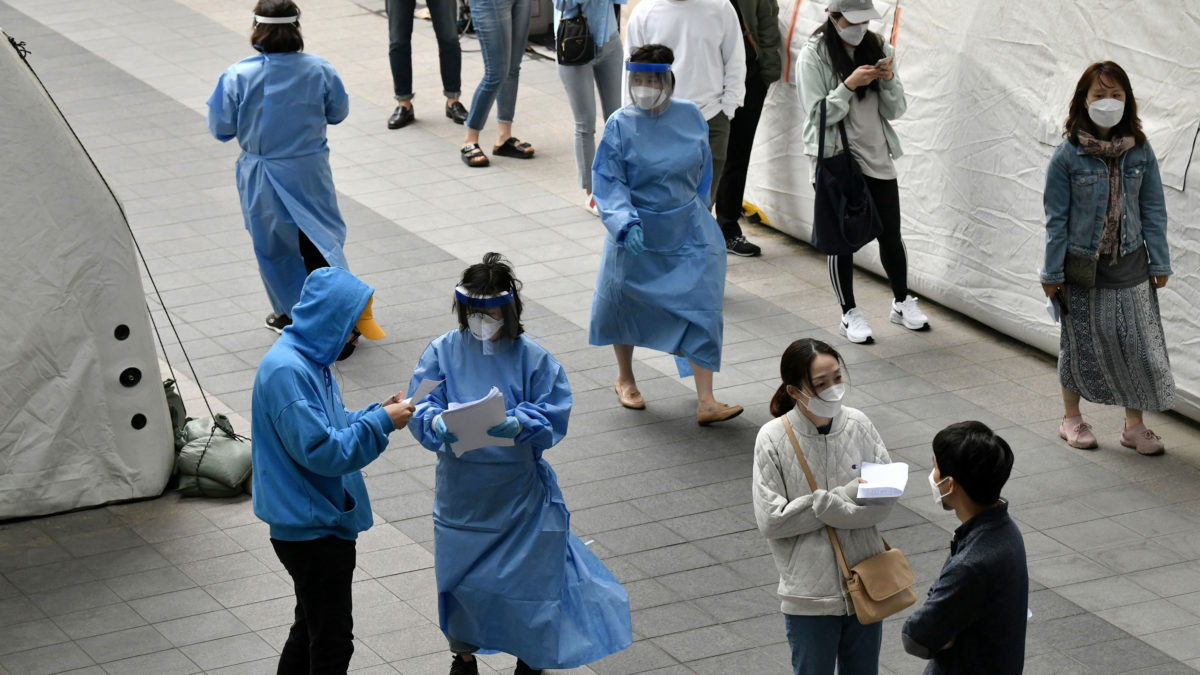 Medical staff members (in blue gowns) wearing protective clothing guide visitors waiting to take a test for the COVID-19 coronavirus at a virus testing station in the nightlife district of Itaewon in Seoul on May 12, 2020. - South Korean authorities were using mobile phone data on May 12 to trace Seoul nightclub visitors as they try to tackle a coronavirus cluster, they said, promising anonymity to those being tested due to the stigma surrounding homosexuality. (Photo by Jung Yeon-je / AFP) (Photo by JUNG YEON-JE/AFP via Getty Images)

More than 4.2 million people have been infected by Covid-19 worldwide, including at least 291,000 deaths, according to Johns Hopkins University. If you’re just joining us, here are the latest developments from around the globe:

South Korea nightclub cluster grows: Nearly 120 cases have been linked to an outbreak in Seoul’s Itaewon nightlife district. With fears of a second wave, authorities have tested more than 20,000 people in relation to the outbreak.

US death toll could rise substantially: A key coronavirus model often cited by the White House has again raised its coronavirus death projection, now predicting there could be 147,000 deaths in the United States by August 4.

Russia cases surge: The country is reporting the second highest number of infections in the world, with more than 232,000 officially confirmed. Tuesday was the 10th consecutive day that Russia reported more than 10,000 new cases.

Smoking danger: Smokers and former smokers, including e-cigarette users, have a significantly greater risk of developing severe cases of Covid-19 and dying from the illness than their non-smoking counterparts, according to a new study.

India stimulus unveiled: In a national address Tuesday, PM Narendra Modi announced an additional financial package to help India’s ailing economy during the coronavirus outbreak. Modi said the new stimulus package, along with previous measures taken by the government, would account for about $266 billion — or around 10% of the country’s GDP.