Home > News > World > N.J. woman with coronavirus delivers baby in a coma and lives: ‘I’m extremely grateful that my baby and I are alive’ 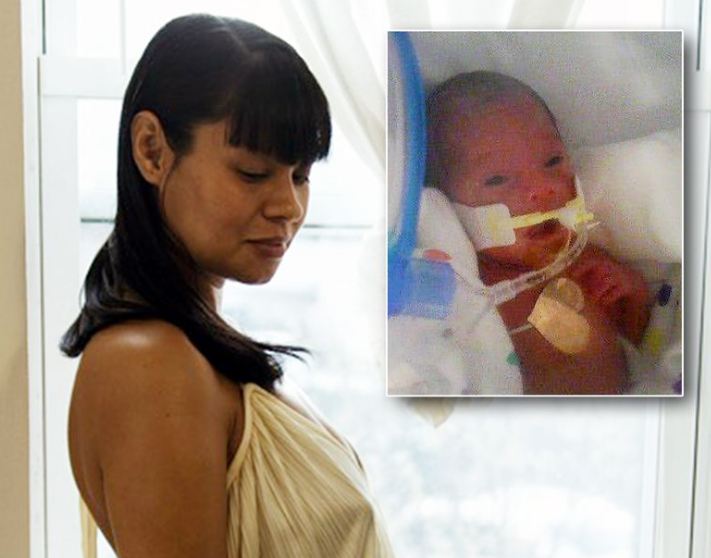 N.J. woman with coronavirus delivers baby in a coma and lives: ‘I’m extremely grateful that my baby and I are alive’

Mom-to-be Johana Rocio Mendoza Chancay went to a medical clinic to fill out maternity leave paperwork when the doctor noticed her cough.

It was the beginning of a frightening odyssey that would turn into a medical miracle.

Two days after her March 20 clinic visit, Chancay — a former Brooklynite who now lives in Union City, N.J. — tested positive for coronavirus. She wasn’t worried — she figured it would just feel like a bad flu.

Then came even worse news.

“The doctor told me pretty quick that the baby was in jeopardy. They said I would have to get an emergency C-section,” said Chancay, 40.

“I was freaking out,” she said. “That’s pretty much the last thing I remember.”

Doctors put her in a medically induced coma, then transferred her to Robert Wood Johnson University Hospital in New Brunswick to perform the surgery.

Zion was moved to the hospital’s neonatal intensive care unit, where she’ll stay until July, when she was originally due.

Her mom was lucky to survive the ordeal. For days, it seemed like Chancay’s health would never improve, her sister said.

At one point, doctors told the family that Chancay qualified for remdesivir, an anti-viral drug that’s shown signs of healing COVID-19 patients.

“We didn’t hesitate. There was no other choice,” said Chancay’s sister Patsy Mendoza. “We were praying that she would get better by Easter. We just prayed and prayed.”

Chancay was awakened April 13 — the Monday after Easter.

She remembers being a bit startled when she opened her eyes — but somehow, she felt like she knew what had happened.

She learned she had become a mother — and that her daughter was virus-free.

“When I saw my baby [on the monitor], I cried,” Chancay told the Daily News. “It feels like everything just happened so quickly but then I realized — ‘Wow, I was there for a long time.’ ”

That day, she telephoned her sister, who was overjoyed to hear from her. “That was just the happiest day when I saw her name come up on my phone,” Mendoza said.

Chancay, a flight attendant by day and an acrylic artist by night, is now recovering at Mendoza’s home in Connecticut, undergoing physical therapy to get her strength back and healing an open wound from her C-section. She still has some lung damage, and can’t talk or move too fast without coughing.