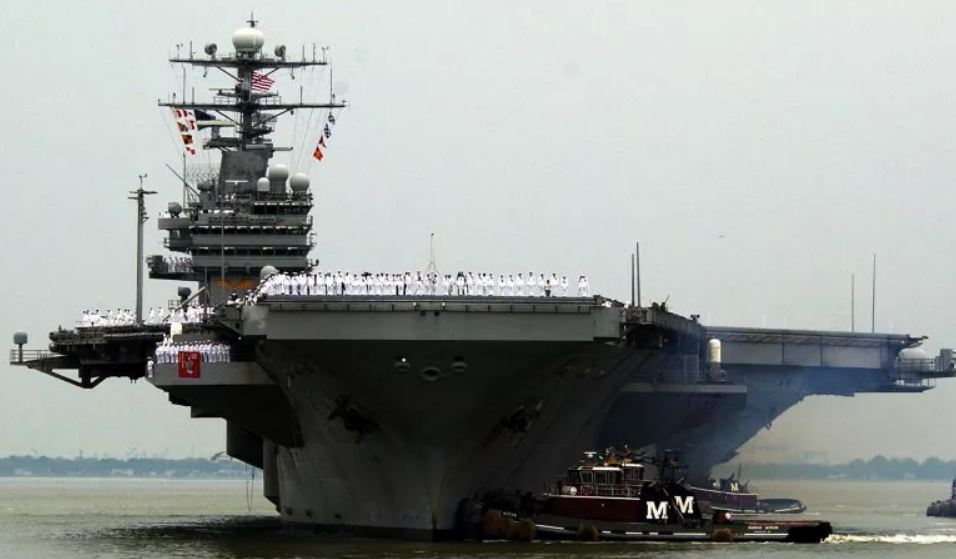 Around 580 crew members on board the USS Theodore Roosevelt aircraft carrier have contracted coronavirus, prompting the ship to be evacuated.

The U.S. Navy announced on Sunday that 3,967 sailors had been taken off the aircraft carrier in Guam, where it is docked. Those who have been evacuated have been put into isolation for 14 days in local hotels and other nearby facilities.

One crew member who tested positive for COVID-19 has been hospitalized. Around 20 percent of the crew remain on board to guard it and maintain its two nuclear reactors.

The nuclear-powered ship’s outbreak has been in the spotlight since Captain Brett Crozier sent a memo on March 30 asking for help after dozens of crew on the ship had tested positive.

“The spread of the disease is ongoing and accelerating,” he wrote, stating the majority of the ship’s crew should be evacuated.

He asked for 90 percent of the crew to be removed so that they could be tested and quarantined properly and so the ship could be disinfected.