Home > News > World > Universal basic income: Will it become a reality after lockdown is lifted? 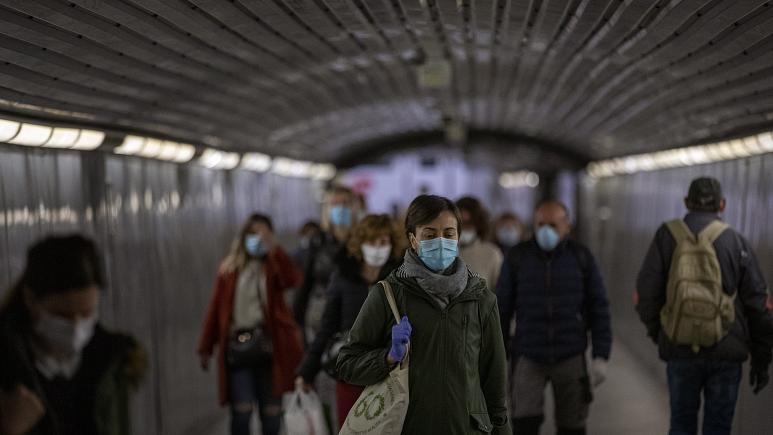 Pope Francis, Facebook founder Mark Zuckerberg and European Central Bank vice president Luis Guindos all agree: it is time to think about a universal basic income in the face of the unprecedented economic abyss caused by the coronavirus health crisis.

Daniel Susskind, an economist from the University of Oxford, recently likened the current global health and economic crisis to what the world faced in the aftermath of the Second World War.

The foundations of the modern-day welfare state were laid down by British economist William Beveridge in 1942 when he was tasked by the UK government to come up with a comprehensive system of social insurance that could be implemented once peace had been achieved in order to boost the economy and reduce poverty.

He proposed that all working people should pay a contribution to the state, which in exchange would pay the unemployed, the sick, the retired and the widowed. It formed the basis of the modern welfare state.

But, nearly 80 years on, Susskind has argued it is now time for something completely different.

A safety net
“The coronavirus has revealed weaknesses in ensuring economic security across Europe,” Anthony Painter, director of the RSA Center for Action and Research, told Euronews.

“Workers face an intolerable choice between their work, their families and their health. With universal basic income they know that they are not going to bite the dust, there will always be a network that will help lighten these conflicts.”

For Painter, when we come to the end of the health emergency, each democracy will have to assess how its welfare state has withstood this intense stress.

“And where there are too many holes, a move toward basic income should be firmly on the agenda,” he argued.

“My view is that traditionally robust welfare states like Scandinavia, France and Germany will handle tensions reasonably well.

“Everyone else, including Spain and the UK, will have to reconsider their social safety nets if we want to have greater security and resistance in the future.”

Spain introduces a ‘minimum vital income’
José Luis Escrivá, Spain’s minister of social security, announced on Wednesday that a “minimum vital income” will be approved in May and be sent to nearly 100,000 vulnerable single-parent households.

“It is going to be structural, permanent, it’s here to stay,” Escrivá said in an interview with El País newspaper. “It will be something new that social security has not offered so far and that we are trying to accelerate to the maximum.”

The crisis caused by COVID-19 has destroyed nearly 890,000 jobs in Spain since a state of emergency and the subsequent confinement were declared a month ago — a figure equivalent to the worst months of the 2008 economic crisis.

However, it should be noted that a “minimum vital income” is not the same as a universal basic income, which is granted without any conditions to every citizens.

An open debate elsewhere in Europe
The United Kingdom, for its part, has so far ruled out such a measure. British finance minister Rishi Sunak rejected the proposal on Tuesday, arguing that it was not the correct answer to the coronavirus crisis.

Italy, the first European country to introduce a lockdown, started out on this road even before the arrival of the pandemic.

The Five Star Movement party, currently in power in a coalition government, introduced a minimum income in 2019 for families who meet vulnerability criteria.

In Germany, a proposal was submitted in March to the Bundestag petition committee with more than 450,000 signatures in favour of universal basic income. But it is unlikely to become law as there is no parliamentary majority for it, with the ruling CDU/CSU group against the measure.

In France, the concept was championed by Benoit Hamon, the Socialist party candidate in the 2017 presidential race. He defended his idea once more this month in an open letter published by Le Monde newspaper in which he wrote that “the strength of universal income is that it remains, no matter what happens, that it is always there when a major crisis occurs”.

“It is the social antidote to the repetition of these health crises,” he added.

But French President Emmanuel Macron has said he does not believe in unconditional universal income.

The Finnish trial
Finland is among the nations who pioneered a universal basic income scheme. It launched a trial in 2017 involving 2,000 citizens who became the first Europeans to receive a monthly tax-free €560 stipend with no requirement to be working.

Preliminary results from the trial showed that it failed to prompt employment, but improved participants’ well-being and confidence, according to the researchers.

With an estimated cost of around €20 million, the Finnish government chose not to renew or extend the trial in April 2018.

But two years later, as the global economy takes a dive similar to that of the Great Depression of the 1930s, the idea has once again gained in popularity.

“(The results) showed neutral impacts on employment, when detractors of universal basic income affirm that it would be detrimental to work,” Painter told Euronews.

“And trust in others, the government, and future job prospects increased,” he stressed.

Given that the welfare state emerged from the ashes of World War II, some now believe the health crisis may transform the universal basic income from a mere ideological debate to reality.

The most likely origin of the coronavirus was a wildlife wet market, says Australian PM